Ukrainian public organization “Gay Alliance Ukraine” (GAU) has been working since 2009. During this time, the organization has developed a wide network of regional offices in many regions of the country and successfully implemented many interesting projects.

Since the same year, Gay Alliance Ukraine has launched projects to mobilize MSM in the field of fighting the epidemic and HIV / AIDS prevention in Ukraine – first in six, and then in nine regions of the country.

In 2010, GAU became a co-founder of the All-Ukrainian Union “Council of LGBT organizations”.

Since 2011, GAU is a member of international unions of LGBT organizations ILGA-Europe and IGLYO.

Starting from 2012, the GAU assumed the functions of the administrative and financial core when organizing and hosting the LGBT International Forum-Forum “KyivPreyd”.

Since 2012, GAU is a member of the All-Ukrainian Union Coalition for Combating Discrimination.

Starting in 2013, the information direction of the organization’s activities is actively developing (both on the Internet and in the offline mode).

Since 2014, GAU directly works with the LGBT community, opening public centers in Kiev and several regions of Ukraine. In the same year, the organization began to actively support and develop the feminist movement.

All-Ukrainian public organization “Gay Alliance Ukraine” (GAU) has been working since 2009. During this time, the organization has developed a wide network of regional offices in many regions of the country and successfully implemented many interesting projects.

“Gay Alliance Ukraine” in the planning of work is in constant contact with the LGBT community and tries to respond promptly to his requests. Therefore, our projects are relevant and focused on the result.

•  Promoting the realization of fundamental human rights and freedoms, countering homophobia. With the support of the Embassy of the Netherlands in Ukraine, GAU has been implementing a large-scale information campaign on human rights “Vіlnі bo bіznіnі”, aimed at increasing tolerance in society and counteracting discrimination for the second year.

•  Development of LGBT community. Within the framework of this direction, GAU publishes the magazine Gayd! and supports the work of community centers Queer Home in seven cities (Vinnitsa, Zhitomir, Zaporozhye, Kiev, Krivoy Rog, Odessa and Kharkiv). Also our organization participates in the development of the first Ukrainian LGBT-choir “Qwerty Queer” and social theaters based on Queer Home.

•  Information activity. The organization develops a website that tells about news and events relevant to LGBT people, and also maintains a dialogue with the LGBT community on official pages on social networks. In 2015, with the support of the GAU, the book “Ukrainian LGBT movement, 25” was published.

•  Support for women’s initiatives. “Gay Alliance Ukraine” for the second year organizes an autumn lesbian-feminist school. Also in 2015, within the framework of a joint project with the Embassy of the Federal Republic of Germany, social gender theaters were founded, and ten videos on gender and gender discrimination were filmed.

The main office of the organization is in Kiev.

GAU has more than 15 regional offices in many regions of Ukraine, as well as a number of associate members and volunteers.

In 2013 GAU became the first in the history of Ukraine LGBT organization, which worked with all vulnerable groups to HIV at the national level.

GAU became the first organization in Ukraine to conduct testing for HIV and sexually transmitted infections in nightclubs in Kiev.

Most of our activities are initiated by the LGBT community. 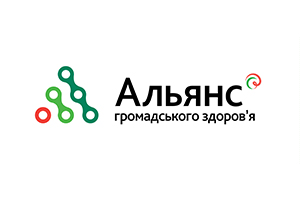 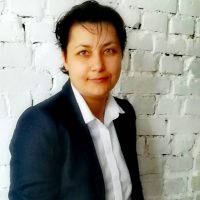