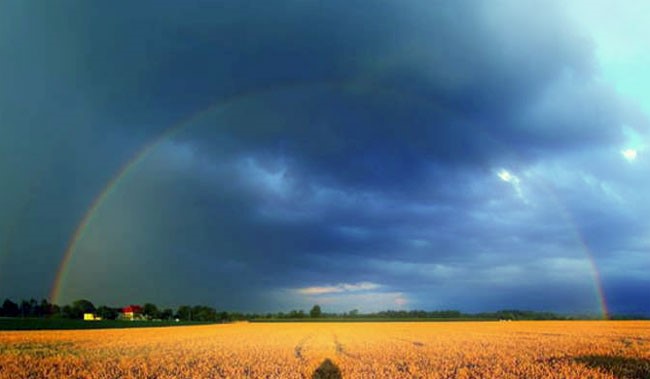 I am a human being!

Usually, as my profession requires, I write objectively. I guess, this story is not like that. That’s because I will write about myself and my loved one.

For me, it began rather traditional as for most homosexuals. I noticed that I liked girls still in the grade school. And it was so natural, so easy and simple. Although, the boys dangled after me. Luckily or not, the God gave me a normal appearance, a sense of humour, and ability to find a common language with everybody. So, often I have been the centre of attention. At the same time I was rather a romantic child, wrote poetry, was fond of reading, and… I really loved my family. So, at the end of the schooling when it became clear that I was not hostile towards boys, but I did like girls, I concealed this little fact from my family.

After having read many classic works of literature, I decided that I had to do as everyone did. Clearly, I had doubts. I was not sure that I could steel myself; that I could always pretend that I was like everyone else; that I would meet my family’s expectations and succeed in life. But I decided to take a risk. And that was my fatal mistake! But I realized it too late, almost 20 years later.

Well, I tried to reciprocate the feelings of a man. Maybe it was not very convincing, but I succeeded. All my family was happy, because I, their beloved only child, happily married. My husband and I even bought a dog. When it came to children, I shied away from this thought and switched the conversation to another subject telling I was not ready to give a birth; I had to study more; I did not buy a car/apartment/summer house etc. And everything would be ok, except for one “but”: lying in bed with my husband I dreamed of a woman. It was difficult for me. That was how it had lasted for several years until a girl, a friend of mine put an end to the anguish of my mind. She confessed her love out of a clear sky. Now I think she had some special sensor identifying the orientation of a person. And the girl felt that I was different. But then I was just shocked. Why did another woman tell me – a married woman, that she loved me?

I thought for a while, how not to hurt her, how to behave, what to answer… Finally, we made friends with her, as far as it is possible when one loves and another one fears to hurt and at the same time fears to overstep one’s bounds, fears to admit to oneself and far much to the people who are around her that she wants to be with a woman. So, I cut ties with the girl because of my too much concern about the family, fear to confide, my faith in God, who “prohibits” such relationships. Our unborn love died. However, I divorced in order not to play games with the person I did not love.

At that time, I was 25 years old. From time to time my mother started to talk about grandchildren. So, I gave birth to a child. There were many reasons for that decision: to realize oneself as a mother, to soothe my own mother, to fit it, not to think about “stupid things”. Now my son is 10 years old. I do not live with his father. I am a happy mother. I adore my son, but…

But I have not changed. Even more, I fell in love truly and deeply with a wonderful woman! 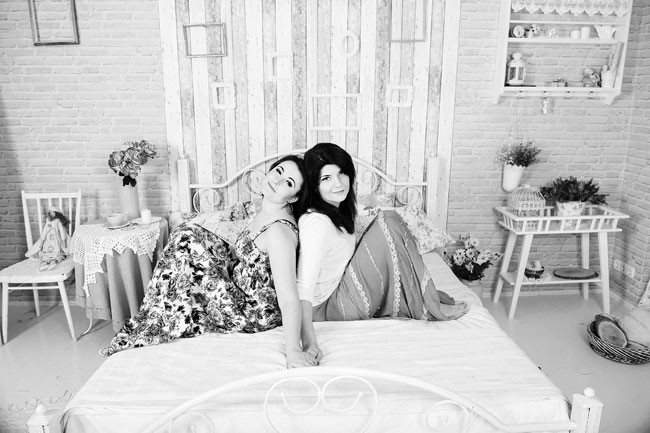 It should be a happy end in this place, but in my case everything has just begun.

Surely, the people I call friends, deserve to be called friends because my coming out to them was rather easy. All of them literally said, “You are my friend, and I will be happy for you whether you are happy with a man or a woman”. After having met my beloved, my girlfriends agreed that she was a nice person, and they were happy for me that I had found the love.

Also, it was not very difficult with my mother. I did not explain her that I had been attracted to women since as a child. I did not say the “terrible” word lesbian. I merely said that I loved a woman and told her name. Actually, my mother was not most shocked. She even revealed that she had suspected that I fell in love with a girlfriend. Of course, she did not approve my choice. However, she was not too judgmental. She did not panic or scold. She was upset, but she got over it. She only asked not to hurt the son, her grandchild, and not to advertise my relationship rightly stating that there are different people who can offend, ridicule or hurt.

And then I realized that I had not lived my life for 20 years. How disappointing it was not, but I wasted my time, denied myself the chance to have a family I badly wanted to. And so, I am free! Such a wonderful moment! But I began to think how children would treat my son at school when they get to know that his mother is “different”, and his family is different from the others. But it turned out that the devil is not as black as it is painted. After I had told about myself to a mother of my son’s classmate, I heard such simple but so nice words, “Do not you know that a happy mother means a happy child? Again, my son goes to visit your son, and not you. In fact, what do I care with whom you live? The important thing is that your son is a well-mannered, polite, smart boy. He does not use foul language. He is a real friend of my son, and you have a quiet and warm environment at home”.

What luck, I am surrounded by such nice people! But it seems that only I was lucky.

It is more complicated for the woman I love. Her mother is a nice, kind person, who believes in God, raises a sick child and does her best to take care about her daughter. She took the news that her only daughter fell in love with a woman pretty hard.

I met her one year ago. She tried to “talk” me out of her daughter. She had many arguments, “It is a sin! What will people say? What about the children?” My beloved has also a son. He is 6 years old. The mother instantly rejected all my arguments and appeals. She did not even want to hear about love, fidelity; that we also can live as a family. At that time, she knew that our children had hit it off, had become friends and that we could not live without each other, how pathetic it sounded. Unfortunately, she did not want to try to understand us. However, we developed a strategy how to behave with her. With the advice of the psychologists we step by step searched for the key to the mother’s soul, we did our best to show that we needed her, that nobody had betrayed her, that we were normal people, we did not hurt the children, and lived as everybody else. But nothing, nothing helped. From time to time she had hysterics, was depressed. Yesterday, after another conversation with her daughter, she took a lot of pills. Thanks to God, they managed to save her in the intensive care unit at the hospital.

At the moment we are looking for the qualified psychologists who could deliver a high-quality help to her mother. We try to stay optimistic, not without the support of our friends and ourselves, of course. But…

Maybe, if it was possible to change everything and tell mother at that time, at school about one’s feelings, perception of the world, life, sexual attraction…But better late than never. Now we understand that we lost the time. Many years of difficult “work” and the building of trust with the mother of one of us lies ahead. Unfortunately, she cannot be happy for her daughter, cannot feel her daughter’s happiness. But we hope she will be able to live with it.

The story is regarded as significant if it ends with a conclusion. Ok, my conclusion is as follows: do not conceal from your family who you really are. Clearly, with 16 years, it is not easy to bring oneself to say to the parents, “I am gay or I am lesbian”. But take our case into account. It is better to do it when your parents are still young, their spirit is strong, and their emotions are under control than when they are of retirement age, maybe angry at life, and absolutely do not trust people. It is better to do it before you are parents yourselves because it is difficult to explain your teenagers that you are not like other people.

Another does not mean less valuable. I am lesbian. At the same time, I am a daughter, mother, girlfriend, Ukrainian, patriot, poetess, journalist… I am a human being! It is better to be honest and consistent towards oneself and one’s family than later during many years to try to make up for lost time and fiercely fight for the desired happiness.