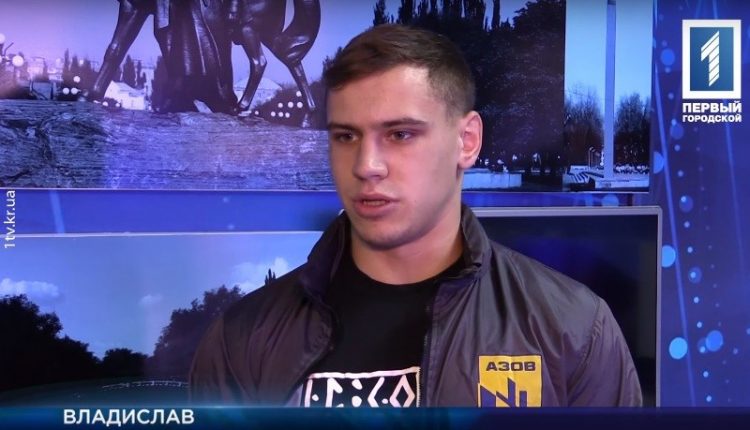 Azov regiment wouldn’t let same-sex marriages be legal in Ukraine as the representative of its civil corps promised on the air of Kryvyi Rih Pervyi Gorodskoi TV channel.

“We just will not let those same-sex marriages be. They will run away from us, they will hide – well, as they do now. Nobody sees them, but they exist. We know where they live, we know everything. But they don’t declare themselves now,” said the activist of Azov and added that he’s very hostile to gays and lesbians, as well as the rest of the civil corps, and he’s ready to proceed to radical actions.

TV spot with the position of CC Azov towards people with different sexual orientation and gender identity was dedicated to LGBT community of Kryvyi Rih and non-discrimination law.

Read also: Deceiver and anti-Semite promotes homophobia right in the centre of Kyiv.

Among other things Queer Home Kryvbas coordinator and the head of Kryvyi Rih office of Gay Alliance Ukraine Borys Zolotchenko and community centre volunteer Liya Sokolova were talking about the activity of the local LGBT platform.

Let’s recall that Queer Home Kryvbas was attacked in August: unknown people destroyed the premise, one on the community centre activists was injured. This case is considered under the “hooliganism” article. It’s notable that radical groups that liven up lately are dangerous not only for LGBT but for the whole society.

In August a teenager of colour was beaten up by radicals in Kyiv subway. In October four football fans of colour were beaten up right on Olimpiyskyi stadium stand during Dynamo-Chelsea game. Members of Azov civil corps participated in this racist attack.

HIV/AIDS in Ukraine. Figures and people