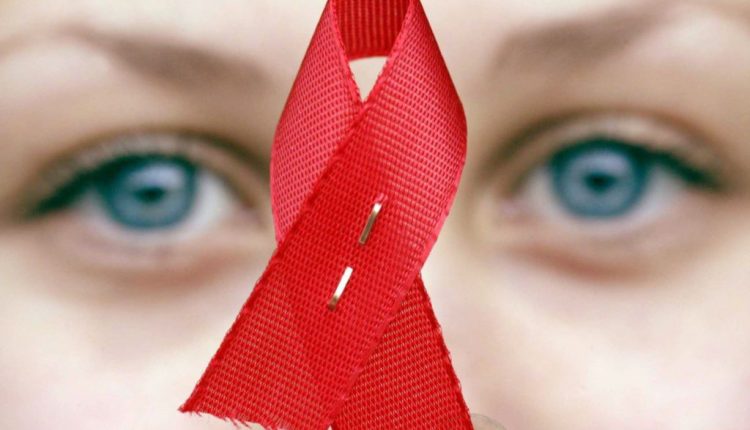 HIV/AIDS in Ukraine. Figures and people

World AIDS Day is held on December 1, and it was declared by the World Health Organization in 1998. It aimed at recalling the need to halt the global spread of the HIV/AIDS epidemic.

This article deals mainly with figures. I can tell you right now that the figures, it is very boring. And if you are not able to see the people behind the figures, just run through it.

The year 1987 is considered the beginning of the epidemic in Ukraine. Since then, 37 583 Ukrainians have died from AIDS-related illnesses, among them there are 409 children. The number of reported cases of HIV infection totals 277 481. The recorded cases. According to estimates by UNAIDS expects only each second Ukrainian citizen knows about his HIV status.

Despite the fact that on the average the percentage of HIV spread in Ukraine decreases year by year, Ukraine has the highest prevalence rate of this infection in Europe. Before 2008 most infected persons were people who inject drugs. But by 2015 this index has dropped significantly. However, the percentage of people infected during unprotected sex has increased. In 2005 there were 33% of people infected during unprotected sex, in 2012 it exceeded 50%, and last year it amounted to 57%.

At the same time, our dear Ministry of Finance included in the draft budget 349,9 Million hryvnia for the treatment of HIV positive people instead of 1,4 billion hryvnia stated by the Ministry of Health. By the way, it covers needs only for 24%. So, only 24% of HIV positive people will receive treatment, whose life and health depend on it. And 76 % will not receive any, and next year they will be at risk of death from AIDS.

More figures. Should I run through?

There is a list by UNAIDS (the Joint United Nations Programme on HIV and AIDS) and UN-HABITAT of 27 cities of the world which are worst affected by the HIV/AIDS epidemic. This list includes Kyiv. It is right outside the window, dear me!  Except for Kyiv, there is only St Petersburg from the post-Soviet metropolises there.

After the epidemic subsided in 2012, the grave figures have started to increase again. Due to reduction of programmes aimed at information and prevention of HIV/AIDS, so they say. Or maybe the price of condoms has risen so much that it is easier for people to play “Russian roulette” with a chance to get a need for an ART (antiretroviral therapy) for the rest of the life?

Starting from 2015, 12 992 new cases of HIV infection have been recorded in Ukraine (excluding data for the Crimea and with an incomplete summary from Donetsk region). 7743 persons almost out of 13 thousand were infected during unprotected sexual contact, at the same time only 288 persons during unprotected homosexual contact. All others are during heterosexual contact. And it is not a big find, at least for the LGBT community. Indeed, the percentage of the infection during heterosexual contact is much higher, but there are more heterosexuals, in general. Talking about the statistics in the regions, there are 1814 newly HIV-infected people in Kyiv city and Kyiv region only from January to October 2015.

Still the figures? Boring? Should I run through?

Let us add a bit of a sting to it. On November 17, 2015 a famous and somewhat scandalous Hollywood actor Charlie Sheen revealed that he had been HIV positive for four years already. On December 1, the World AIDS Day a famous Russian journalist Pavel Lobkov told about his HIV positive status. As it turned out, he has been living with HIV for twelve years. Charlie Sheen is a star, having a temper, and according to the tabloids, a long list of female partners. Pavel Lobkov was not at centre of a scandal, did not receive drug abuse treatment, and was not accused of attacking the ex-loved ones. Charlie Sheen states to be heterosexual, Pavel Lobkov does not. Nevertheless, they have the same diagnosis. And the fact that the ART gives a good result is not a reason to relax. Yes, if someone starts to receive the ART in due time, it allows him to live a full life, and to minimize the risk to infect the partner or partners. Yes, the ART can discourage the development of AIDS. But it does not cure HIV. It means, the person’s life literally depends on the availability of the medicine. Even a well-being for a long time should not become an excuse to stop taking the medicine.

While we have the highest prevalence rate in Europe, France, as the US did before, approved the free of charge distribution of the medicine, which reduces the risk of HIV infection for the groups at the highest risk, in particular for sexually active homosexual and bisexual men with HIV negative status. But Ukraine cannot provide with life-saving medicines 76% of the citizens living with HIV.

We have more important issues than HIV/AIDS, so they say. Such issues as the war with Russia, integration into Europe, economics which is in a deep… or near to it. The Pope, for example, has stated recently that there are more important issues than HIV/AIDS. The church itself has problems with the recognition of the need to use the condoms. In my opinion, one should not consider the problem of HIV/AIDS to be less important than wars, hunger and poverty. The prevalence rate is such one that we will get a global epidemic, should we imagine for a couple of months that this problem does not exist.

Yes, of course, it is easier now compared to the 1980s, when few people imagined what to do with it. But coming back to this urgent question, three out of four HIV positive people can be left without medicine because of the funding shortfall. And it significantly increases the risk factors for the spread of infection. Are we absolutely sure that Europe would like to liberalize the visa regime with a country having an AIDS epidemic since many years? And if we add our first place in the spread of virus hepatitis in Europe (in Ukraine 9 % of the population, in Europe 0,13%-3%)? Maybe, it makes sense to give the deputies the idea of another important direction in their work? Otherwise, they will fail to notice the elephant in the room.

And as a reminder, here is one of the best Ukrainian videos about HIV/AIDS that was shown on TV at that time. It would be great if they show it again.

LGBT is one of the five main objects of hate speech in mass-media, according to the research