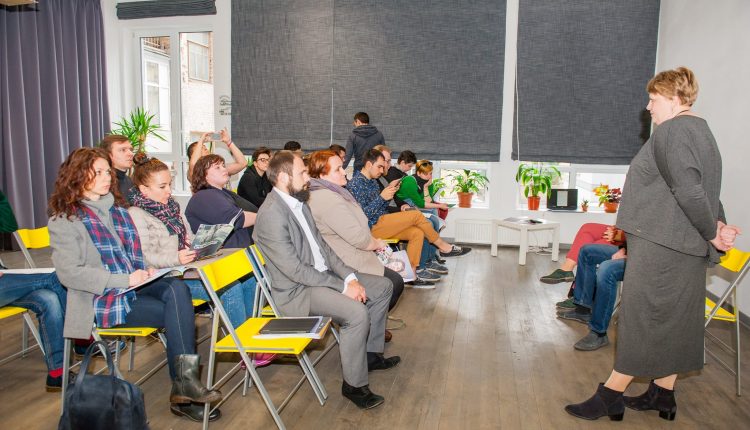 A joke about a dinosaur comes to mind, i.e. you will meet him on a street or not, when trying to calculate the probability of adoption of the law in Ukraine, which regulates the relations of the same-sex couples. However, there is finally a situation when there are attempts to implement such a document, and the attempts are not only by the members of the LGBT community. Now to the details.

There are already first fruits. The analytical group Leviafan together with a former member of the Verkhovna Rada Kateryna Lukianova drafted a bill on civil partnership and discussed it at the end of April with the representatives of the LGBT organizations. As we have repeatedly reported the Cabinet of Ministers plans to draft a similar bill by 2017. The government, however, has not yet begun to deal with this matter.

According to Leviafan representative Mykola Melnyk, the document presented by the lawyers and Lukianova is very crude. It provides for the legalization of the civil partnership as a separate arrangement, an alternative to marriage. It solves many problems that concern the same-sex couples, i.e. not to testify against the partner, to support the partner in case of disease, to visit the partner in the resuscitation department, to dispose of jointly acquired property, to be first in line to inherit, etc. Unfortunately, the bill does not create a mechanism for guardianship over the partner’s child; other essential issues are not addressed.

AGE AND SURNAME. During the discussion, the participants pointed out that the bill proposed to allow partnership at the age of 21. However, it is permissible for Ukrainians to get married at 18. Lukianova believes it should be harmonized in the legislation by raising the age of marriage. According to her, a person is too young at the age of 18 to take such an important decision. Besides, the bill says that a person cannot take the surname of one’s partner; the authors of the bill consider it a political matter. According to Melnyk, they wrote the text that should be primarily OK for the members of the parliament. “From the beginning, we wrote the text taking into consideration how it would be received by the society and Verkhovna Rada. We have written it to be acceptable for the parliament, since the destiny of this bill depends on 226 PMs. The bill is not ideal. Firstly, it was written in a hurry; secondly, the authors didn’t understand the specificities and problematics of the LGBT community.” According to the lawyer, the bill will be finalized with regard to guardianship, social and tax payments. Besides, the property rights should be clearly stated.

Read also: “Our ceremony is dedicated to the law on partnerships”: Zoryan and Tymur tell about their wedding

Lukianova underlines the idea of the law stemmed from the risk that the Cabinet of Ministers wouldn’t take it on. “How did the idea come? If not to take into account many private aspects, the question is that the Action plan says the government should draft a bill, but there should be an alternative for it. That is the first thing. Secondly, we need to make them not to forget to write that bill, saying they had no time for it. In other words, either they should draft their own bill or the society will require adopting the one available. We cannot move towards Europe and civilization without changing our attitude to LGBT. It is not a fast way. If people do not understand anything, they become afraid of it. If people are afraid, they close themselves off.” Lukianova also said the authors had tried not to lay emphasis on LGBT in the bill in order the document would have a greater chance to be adopted, “The law is written for all Ukrainian citizens”. It means the heterosexuals can also use civil partnership, for instance, the same-sex heterosexual couples, who are not related to each other by blood or marriage but live together or look after each other for health reasons.

The executive director of the Ukrainian charity organization Fulcrum Bohdan Hloba adds, “Actually, this draft bill should address a number of property issues and other issues that many of the people present here face in their life. They are absolute basis things, i.e. to take a partner’s corpse from the hospital, if such a situation has occurred or to take a vitally important decision in the resuscitation department (about the withdrawal of nutritional support), about legacy transfer etc. Many couples have children. There are a lot of risks in this regard since one of the partners is a natural parent, another one, however, does not have the rights of the guardian.”

GUARDIANSHIP AND CITIZENSHIP. A number of the key points overlooked by the authors were pointed out during the discussion. Apart from guardianship, it includes the permission to reside permanently or the right of citizenship for a foreign partner of the Ukrainian citizen, who enters into a civil partnership with him as well as the place of registration of such unions. The bill proposes to do it in a notary office. The marriages, however, are concluded at the registry offices. If the Civil Registry Offices are eliminated after a while, the persons wishing to marry can go to the notary public, since not everyone can afford a private notary, noted the participants. “Why should I pay for the notary services, provided that I pay taxes to the State? It is an important ideological point. If the right to register the marriages is granted to the notaries, it won’t be granted solely to the private notaries”, says Volodymyr Naumenko. “It is about the human rights, which must be guaranteed by the State”, agrees the newsreader at Hromadske radio and human rights defender Larysa Denysenko.

Another important point is the registration of a civil partnership. Where will it be registered? It is possible to be in a civil partnership or to be married according to the bill. It means the registers must correlate with each other. Moreover, it is necessary to specify the transitional provisions. The Cabinet of Ministers should be required to amend the regulations according to the new legislation; otherwise, it remains declarative as it happened in Estonia. We recall the law on same-sex unions took effect in Estonia on January 1, 2016. According to the notaries, the document did not solve the most problems of the same-sex couples, including property issues. It turned out to be declarative because the parliament had not had sufficient time to pass a number of other laws, which regulate such relations.

Read also: Russia freaks out: “Same-sex marriages will be legalized in Ukraine”

Another question the participants found important was a dissolution of a civil partnership. The member of the LGBT centre Nash Svit Andrii Kravchuk suggested it should be simplified to have certain advantages over the marriage at least in the processing of the documents. However, the authors of the draft bill fear that simplification provides for deceitful practices. Summing up the discussion, the LGBT organizations assured to be ready to prepare alternative draft bills and to try to submit them along with the proposed one to the parliament. Therefore, the MPs could choose the most acceptable one.

CHANCES OF THE ADOPTION. In sum, the work on the draft bill isn’t currently the most challenging issue. Of course, it is questionable without finalization. The most pertinent issue is the chances of the introduction of the document into the parliament and later its submission for consideration at the session. Afterwards, it will be more difficult since there should be voices ready to vote for it. We remember that the MPs were simply talked into voting for the so-called LGBT amendment to the Labour Code in November last. We remember also, with what reluctance and the hysterics of the deputies the law passed.

Read also: Who is who or why “faggots should work” (ru)

The former Chairman of the Verkhovna Rada Volodymyr Groysman said that the amendment with regard to SOGI would not harm the “traditional values” and there would never be same-sex marriages in Ukraine. Some time ago, the President Petro Poroshenko assured the Ukrainian Council of Churches of the same thing when responding to the request to cancel the Action plan for the National Strategy on human rights concerning the civil partnerships. It means, the authors of the draft bill don’t have many allies in the political arena. Nevertheless, we want to believe that the Ukrainian authorities will adopt the bill on partnerships, even if they need a number of attempts for that. However, it is impossible to implement it without the understanding of the topic by the LGBT community, without hard work on the finalization of the adequate document as well as explaining to the society why the bill should be approved.