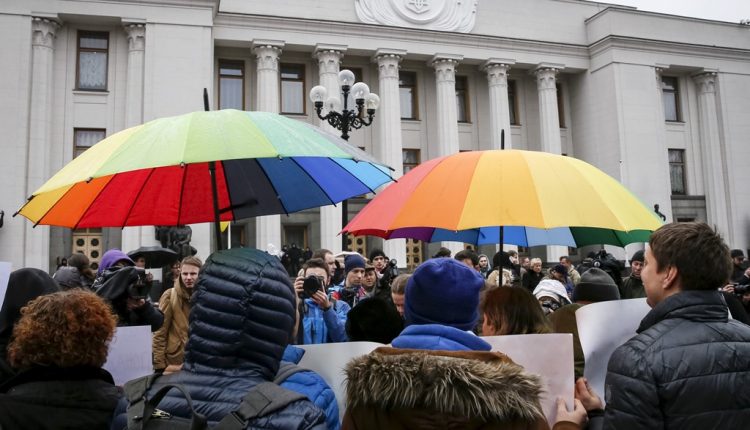 Russia freaks out: “Same-sex marriages will be legalized in Ukraine”

It seems, there is no need to talk once again how the Russian mass media manage the information – we do know how they can misrepresent the facts or even make them up out of the blue. Notably, our mass media don’t think it is necessary to double-check the information.

For a case in point, the Russian mass media have only just found (one of the trailblazers was, inter alia, LifeNews notorious for its fakes about Ukraine – editor’s note) the action plan of the National strategy on human rights for the period until 2020, which was published by the Cabinet of Ministers back in December 2015. They panicked because “same-sex marriages are going to be legalized in Ukraine.

However, if the Ukrainian mass media used a correct wording in the text of the news – “partnerships”, then many media took their cue from the Russian “colleagues” and used another formulation in the headlines. That’s understandable: the topic of marriage attracts more readers. But the accuracy of the headlines is equally important, in particular, when people try to overblow the scandal out of thin air.

We recall that the document approved by the government on November 23, 2015 provides for, inter alia, drafting of a bill on the legalization of the same-sex partnerships. It is planned only to submit the document to the Cabinet of Ministers in the second quarter 2017. The government didn’t set itself the task to adopt it. The parliament also hasn’t brought up this topic yet.

We would like to emphasize, it is about the partnerships, not the marriages, because there is a big difference between them. Partnerships are just a way to simplify bureaucratic procedures, both for same-sex couples and opposite-sex couples, as well as for same-sex heterosexual couples (there are such couples too, including among older persons).