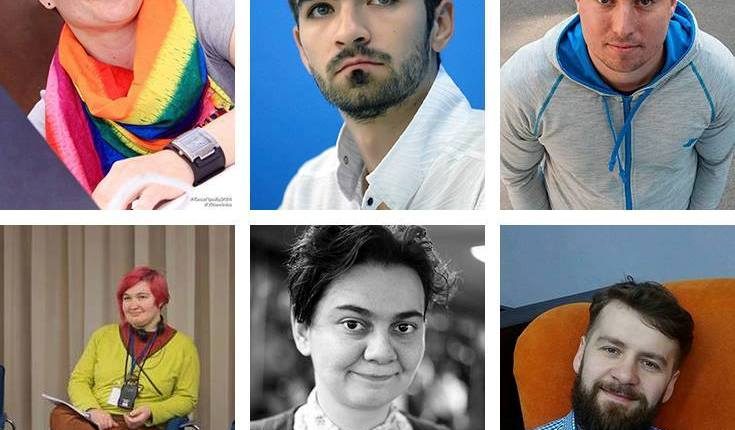 The Organizing Committee of the fifth KyivPride 2016 International LGBT Forum that would take place in Kyiv from June 6 to 13 was announced officially.

This time Organizing Committee is composed of 11 people, including representatives of civic society alongside with famous activists of LGBT society.

Read also: A Ukrainian was invited to be grand marshal of Montreal Pride (ru)

Besides, KyivPride team presented people authorized to communicate with the media and general public on behalf of the forum. In particular, it’s the role of Anna Sharygina, Nazarii Boiarskyi, Marina Usmanova, Ruslana Panuhnyk, Bogdan Globa and Zoryan Kis who is not member of the Organizing Committee but is the consultant of the Equality March Department. KyivPride press secretary Kristina Morozova is also responsible for communications with the media. KyivPride Organizing Committee underlines that truthful information about the event should be got from them, as other activists of LGBT movements “have various opinions that may not coincide with the position of the Organizing Committee.”

Let’s recall that oncoming pride will be held under the slogan “For your and our security”. On June 12 main event of the forum, traditional Equality March will take place in frames of KyivPride as the demonstration supporting ideas of personal and social security, human rights and non-discrimination.

Read also: “For your and our security”: KyivPride organizing committee announced the date for the Equality March

“Lack of efficient legislation for hatred based crimes, hate language, difficult red tape procedures for implementation of non-discrimination legislation, contemptuous disregard of law enforcement bodies and state institutions make safe life and feeling of security impossible for minorities, LGBT people in particular,” the Organizing Committee sums up and promises: “We will try to find opportunities to cut down the fear in people’s life and give them more space and inspiration to show themselves.”

Meeting with parents of LGBT children took place in Zaporizhia