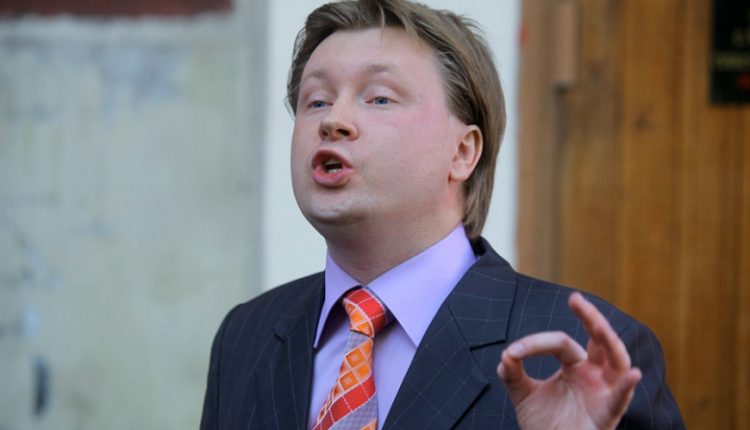 Alekseyev still hopes to hold “gay parades” in Crimea; however, local authorities and devastation terrify him

The odious person in the Russian LGBT movement Nikolai Alekseyev applied for permission to hold “gay parades” in Crimea – the GayRussia project manager decided to try to organize the marches in Yalta, Simferopol and Sevastopol during the May holidays. Crimea occupation authorities immediately responded with homophobic statements.

“The marches of gay parades are aimed at supporting tolerance and observance of the rights and freedoms of gay people, gender minorities in Russia and at supporting rallies for the legalization of same-sex marriages with call for repeal of the federal law on gay propaganda ban”, Alekseyev shared his plans with news site MK in Crimea.

The “activist” expects 100 to 600 people join the marches. His optimism, however, cannot be considered reasonable, since the situation with human rights has worsened badly in Crimea after its occupation. The head of the occupation authorities of Crimea Sergey Aksyonov said two years ago, there would be no any LGBT events as long as he stays in power. His position has not changed so far.

Read also: The famous gay beaches of Simeis are empty: the Russians do not rush to “our Crimea” (VIDEO) (ru)

“The authorities do not allow to promote the things, which contradict moral values of the people of Crimea, cause resentment, and disgust most Crimea’s citizens. There is no discrimination here. We do not interfere with people’s privacy. Let everyone lives as they like. But we should protect people, especially youth from the activities targeting the moral health of the nation. It is our right and responsibility”, said Aksyonov to the news agency Crimeainform.

His right hand Dmitry Polonskiy has even recommended all interested in gay parades being held in Crimea to go to the “free Gayrope” with its “entire tolegotism” (tolerance +faggotism). “We can advise [them] to go to the free Gayrope. Let them walk the streets of the European capitals, where there is entire tolegotism. They do not need to come to our heroic land and walk with rainbow ribbons”, he said.

Polonskiy did not mince words commenting on the initiative of Alekseyev, “I think holding such events, especially before the May 9 VE Day, is entirely unacceptable. Our grandfathers did not fight for all sorts of faggots to come out with the propaganda of their perception of the world. We must bring up an absolutely healthy society, foster strong rejection of such perversions among the youth”, said the “vice-prime minister” of Crimea. Polonskiy is confident “there is one step from faggotism to paedophilia, that is why one must nip everything in the bud”.

It should be noted that Alekseyev was very glad about the "liberation" of Crimea back in the day. The “activist”, whose activities are being regarded as subversive by many representatives of the Russian LGBT community said earlier that the attitude towards gays was normal in Crimea, but everyone there allegedly hated Ukraine, because “for 20 years khokhly [offensive epithet of the Ukrainians used by the Russians] have done violence ” to the locals”.

“Our Crimea” fervour of Alekseyev has subsided by now. He calls Aksyonov “the chief Crimea collective farmer ”and is terrified by the devastation on the peninsula. “I have travelled throughout Crimea within four days and was terrified. The nature is wonderful. The infrastructure, however, is zero, and the prices are higher than in Moscow. I have been to more than 60 countries, and I have seen much. But I would not go on holiday to Crimea. It is garbage everywhere, devastation”, Alekseyev shared his impressions commenting to the Arguments of the week— Crimea.

We recall in April 2014 Alekseyev applied for the permission to hold the LGBT marches in Simferopol and Sevastopol. He got refusals. According to him, the cases about the ban of these events are pending consideration by the European Court and the United Nations Human Rights Committee.

In September 2015 Alekseyev asked the Swiss authorities for granting of citizenship.