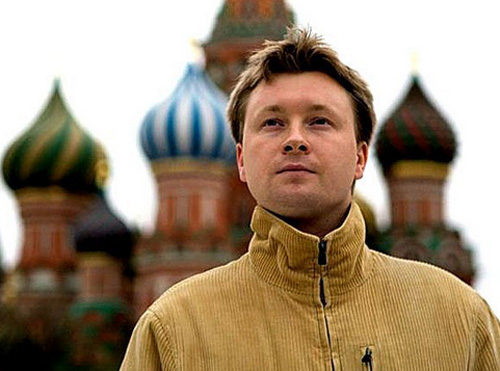 There will be no “gay parade” in Sevastopol, but attitudes towards gay people is “normal”

The authorities of Sevastopol denied representatives of LGBT community in conducting "gay parade". It was reported by gazeta.ru referring to twitter of GayRussia project manager Nikolai Alekseev.

"The authorities of Sevastopol banned conduction of gay parade on 22 and 23 of April referring to Russia's law prohibiting gay propaganda", – wrote Alekseev, supporting his statement with scanned copies of the official replies of Sevastopol authorities and promising to appeal the ban in court.

Writing such lawsuit appeals, apparently, has long become a routine for Mr. Alekseev. As several days earlier the Russian "activist" noted, he did not consider LGBT prides to be an indicator of tolerance and he described the attitudes of Crimea citizens towards gay as "normal". "Well, even myself working with this issue for the past decade does not consider gay parades to be the universal measuring tool for everything. And, by the way, attitudes towards gay people here is normal, everyone knows about Simeiz and who is gathering there", – wrote  Alekseev on his facebook page after his visit to annexed Crimea, where he was "literally embraced".

The matter is that while being a supporter of joining Crimea to Russia, Mr. Alekseev decided to visit the peninsula and personally get to know the local sentiments. "Came back from Crimea. 50 to 1 for Russia. Everyone hates Ukraine. They say that they have been raped for 20 years by khokhols. We were literally embraced", – summarized the results of his trip the "activist".

As a sidenote, the decision of Sevastopol on pride has already been welcomed by the Member of the Legislative Assembly of Saint Petersburg Vitaly Milonov, offering along the way his assistance in cleaning the city from the "filth". "St. Petersburg and Moscow should take a cue from Sevastopol and end unfortunate experimental practice of Sodom movements and announce that there will be no more gay parades, gay shows and clubs. Dating web pages for homosexuals must be blocked. It destroys the unity of the nation. If Sevastopol activists require legislative assistance on how to justify the cleaning of the city from the "filth", then I will certainly help them", – he said to "Russian News Service".

Start of the next phase of the campaign to counter homophobia

We opened LGBT centers of new format in four Ukrainian cities – join us!