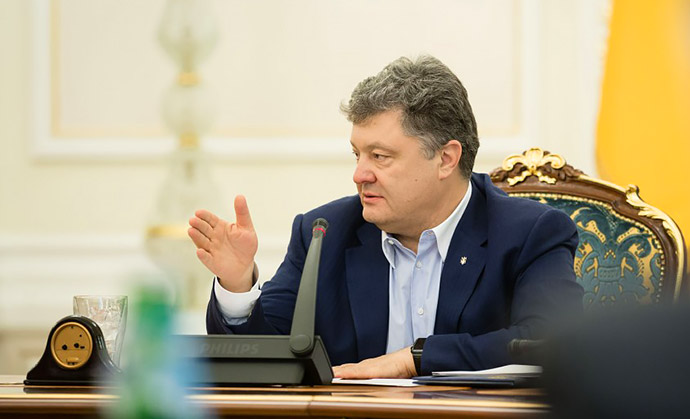 President Petro Poroshenko assured the representatives of the Ukrainian Council of Churches and faith-based organizations that same-sex marriages wouldn’t be legalized in Ukraine, informs Institute of Religious Freedom. This was his response to the request for a review of the Action plan for the National strategy on human rights regarding the introduction of the institution of civil partnership.

The religious figures addressed, inter alia, the family policy in the meeting with Poroshenko on April 23 at the Presidential Administration. The representatives of the Ukrainian churches called on the President to retain the definition of marriage as a union between a man and a woman in the Constitution of Ukraine and to renounce the idea of legalization of registered civil partnership for opposite-sex and same-sex couples in Ukraine.

The Council of Churches, therefore, proposed to review the Action plan for the National strategy on human rights, as one paragraph provides for the drafting a bill on legalization of registered civil partnership in Ukraine and submitting it to the Cabinet of Ministers. It is planned the document would contain such rights as to own and inherit property, to support a partner in case of incapacity to work and the right not to testify against the partner. 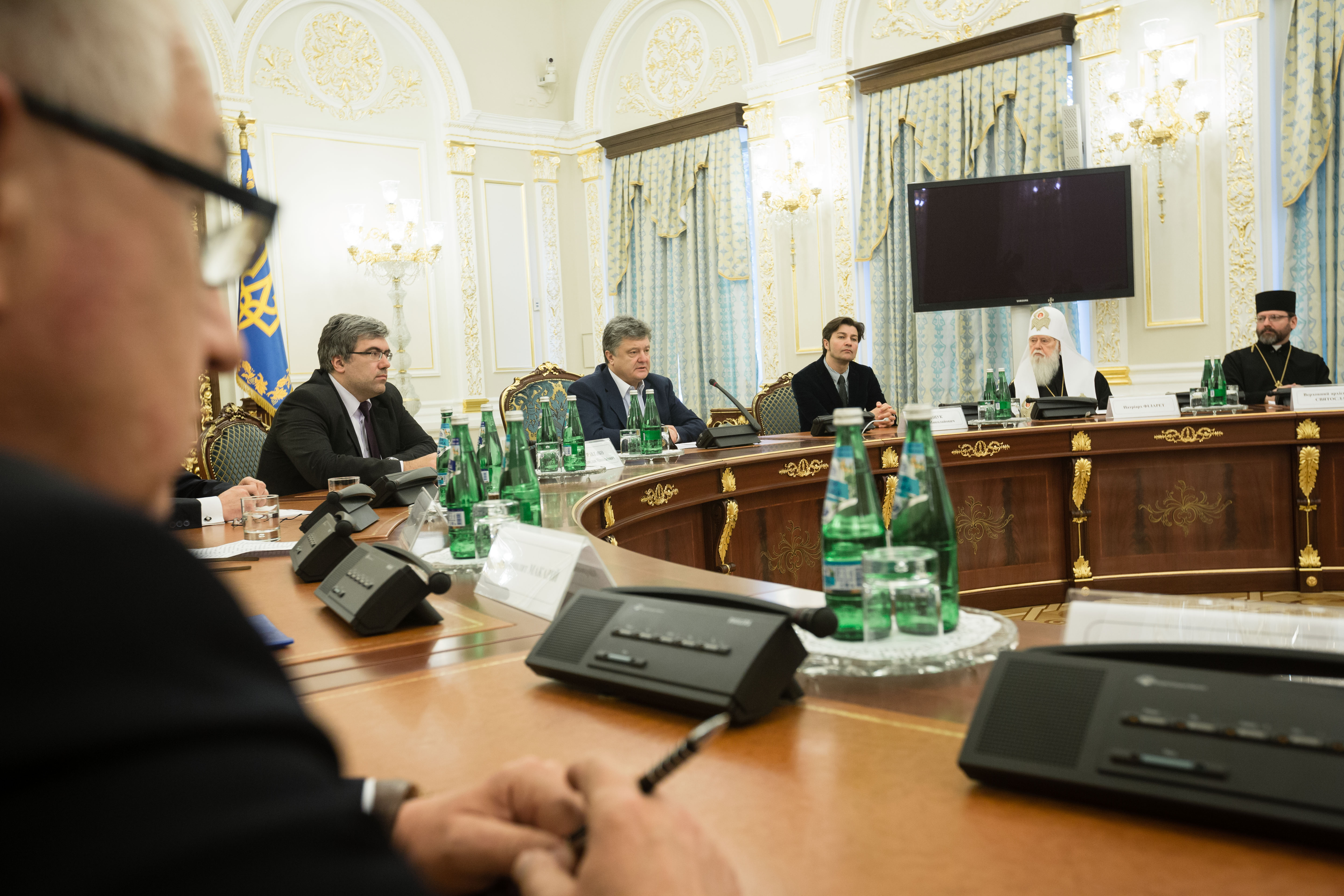 Responding to the proposal of the Council of Churches, Poroshenko assured that same-sex marriages would not be legalized in Ukraine.

The leader of the Gay Forum of Ukraine Svyatoslav Sheremet strongly disagrees with the President, noting that around 10 000 citizens living in Ukraine have entered into a same-sex marriage abroad. The amendments to the Constitution, proposed in the new draft, are aimed at “removing legal barriers to the recognition of the marriages the Ukrainian citizens concluded in other countries”, underlines the activist.

Read also: Who is who or why “faggots“ should work” (ru)

It is to be noted that the information about the meeting with the representatives of the Council of Churches is available on the website of the President. There is, however, no mention of the family policy; it focuses on Poroshenko calling for a united local Orthodox church. According to the response, the President is not going to follow the churches and cancel plans regarding the introduction of the institution of civil partnership, especially since the document to the National strategy was approved by the Cabinet of Ministers and not by the Presidential Administration. This, however, does not alter the fact that the President followed the Prime Minister Groysman and spoke up on behalf of all Ukrainians for years to come. GAU requested clarification from the Presidential Administration. But they keep silent.

There were such statements in the past. In November, before the voting for the amendment to the Labour Code on non-discrimination on different grounds, including SOGI, Volodymyr Groysman, being a Chairman of the Verkhovna Rada at that time, calmed the MPs saying, “We will never support same-sex marriages in Ukraine. God forbid this should happen”. Moreover, the government rushed to explain away that the definition of marriage would not be expanded in Ukraine when the Russian media raised a ruckus after having detected the document approved by the Cabinet of Ministers last year.

Read also: Уatsenyuk’s people were fast to explain that the concept of marriage wouldn’t be expanded

We recall in February the Head of the State condemned homophobia and religious fanatism of the “Russian world”. “Europe is associated with certain values. There is a threat of alternative values that cause isolationism, intolerance, disrespect for human rights, religious fanatism and homophobia. This alternative Europe has its own leader called Mr. Putin”, said Poroshenko at Munich Conference.

Last year Poroshenko stated during the meeting with the journalists that as a Christian and  European president, he sees no reason to interfere with the Equality March (ru) because the right to peaceful assembly is a constitutional right of every Ukrainian citizen.