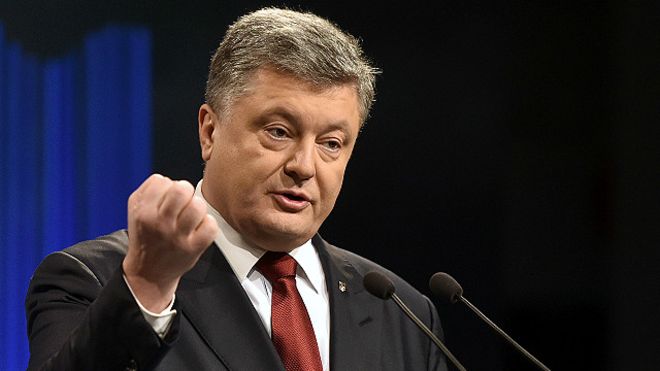 The biggest threat and challenge for all Europeans is an “alternative Europe” imposed by Vladimir Putin, the President of Ukraine Petro Poroshenko have claimed on February 13 at the conference in Munich.

“This is quite considerable challenge these days. And what is the main challenge? The main threat for all of us, the Europeans, is an alternative Europe with alternative values,” the presidential press-service cites Poroshenko’s speech filmed by DW.

Poroshenko reminded that hundreds of Ukrainians gave their lives in the fight for the European future of our country during Maydan.

According to his words, it’s possible to win this battle only united in the fight for common European values. “I understand that this is one of the largest crises in Europe,” the President added and also reminded about Minsk agreements that had been signed a year ago but despite which armed people got through the border from Russian Federation to Ukraine every day.  “We and Russia live in different worlds… When we fight and support Ukraine it has to do not only with Ukraine but with all-European security,” he pointed out. “European values unite us, the truth is on our side and the victory will be ours!” Poroshenko completed.

The Equality March case in the court: about “hysterics of LGBT”, gays in the ATO, and a penalty for the violence (VIDEO, PHOTO)