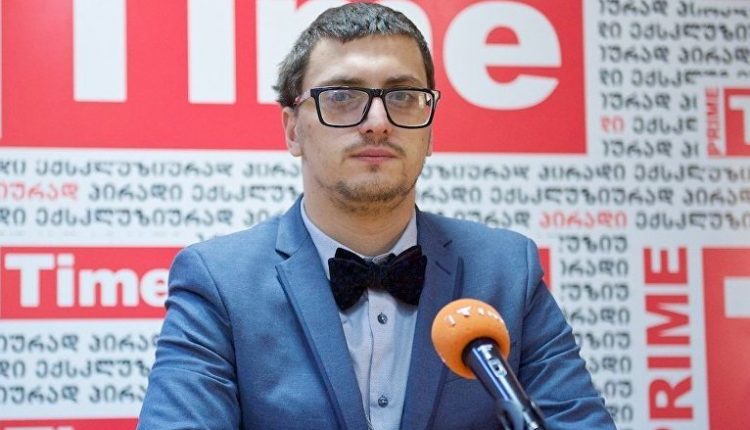 At the end of January the Georgian media reported that a certain “lawyer” and “LGBT activist” Giorgi Tatishvili decided to strive for the legalization of same-sex unions and filed a relevant case before the Constitutional court of Georgia.

The young man allegedly requires the court to declare the norm of the Civil code which states that “marriage is a union between a man and a woman” to be no longer in force. The norm was adopted at the initiative of the former Georgian Prime Minister Irakli Garibashvili.

According to the News-Georgia, the Constitutional court confirmed the delivery of the a.m. complaint, but it hasn’t been registered yet. The defendant is the parliament of Georgia. A few days later Tatishvili said that the authorities allegedly put pressure on him. So, he threatened to disclose compromising videos about the personal life of the deputies.

According to Tatishvili, after he went to court, the representatives of the administration of the government and some deputies started to put pressure on him forcing to abandon the case. “There are telephone calls from the Office of the Georgian Government. The Government tries to force me to withdraw the case. That’s the pressure. And I am so sorry that the Georgian Government acts like that”, said Tatishvili to the journalists at the press conference on January 29. 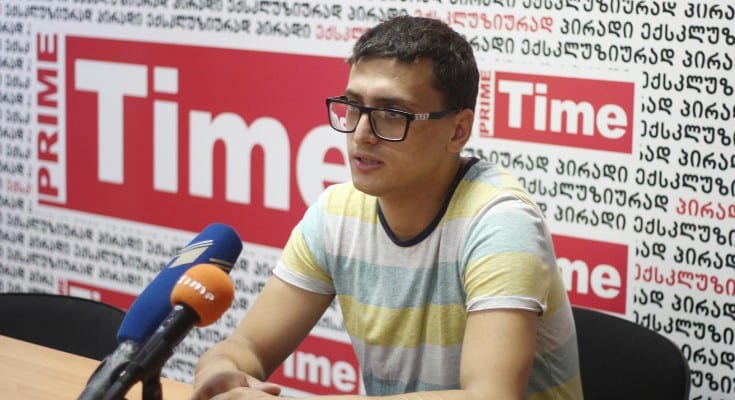 Then again, the young man stated he won’t give up; he is aware of difficulties and obstacles and is going to fight until victory. If the pressure on him doesn’t stop, Tatishvili warned, he will publish materials which shed light on the personal life of some government officials.

“I wish to state that no matter how more popular you are, dear deputies, you probably forget your sex adventures and stories which can destroy your career and popularity. You don’t have to try to criticize and vilify me, because it can backfire on you“, he addressed the lawmakers from the pages News-Georgia on Tuesday, February 2.

Moreover, Tatishvili promises to file three more high-profile cases to the Constitutional court in the near future, one of them is about the adoption of children by same-sex couples.

Tatishvili deflects accusations that his actions are connected with the coming parliamentary elections. He considers misinformation and populism the assertions that he represents certain political forces. 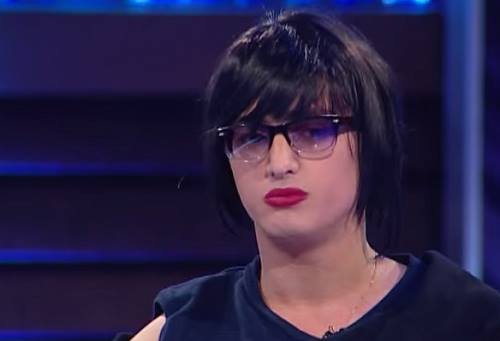 However, Giorgi Tatishvili was known before as Giorgi Chkhartishvili or transgender Matsatso, who was involved in some sort of a story with a fake pride march planned in Georgia in 2014. This march was meant to destabilize the situation in the country just before the conclusion of an EU Association Agreement.

In the article Georgian pro-Russia group planned fake pride march to scupper EU deal  published in the British The Guardian on June 2014, Tatishvili appears as „sex worker Giorgi Chkhartishvili“. The young man said to the newspaper that the organization Eurasian Institute, which tried to get Georgia to join the Eurasian Union, and not the EU, promised to give him 40,000 Georgian lari to organize a fake pride parade on May 17.

For your information. The first Georgian LGBT march, held in 2013, ended up with a mass brawl. Local activists decided against staging any street events in 2014 to prevent any possible conflicts. Expecting that the LGBT rights are a sensitive matter for the Georgian society, Georgian pro-Kremlin forces decided to arrange a provocation under the guise of a pride march and offered money to Chkhartishvili for this event. 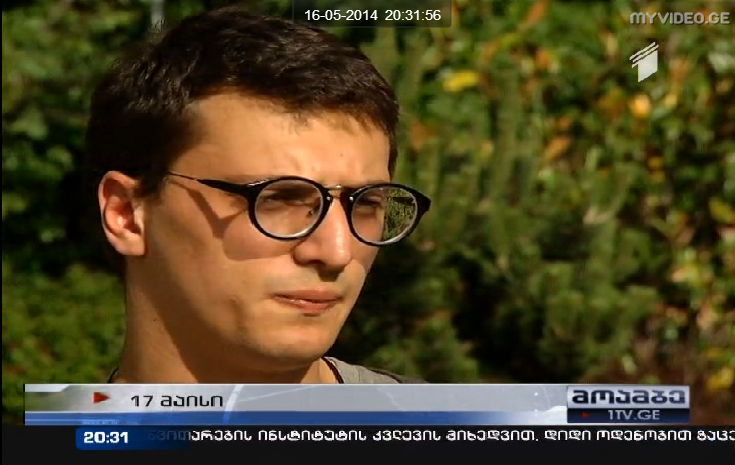 The Ukrainian readers should be familiar with the situation. The similar things happened in Ukraine during EuroMaidan: in order to split the Ukrainian society, pro-Russian forces held such fake pride parades in Kyiv using straw men.

Let’s come back to Georgia. The parade organized by Chkhartishvili wasn’t to be. Something went wrong and the clients “didn’t fulfil their promises”. Chkhartishvili suddenly realized the real plans of the Eurasian Institute and spilled the beans to the media.

And now just before the elections suddenly he is back from nothingness, making scandalous statements, threatening to air dirty laundry in public and unveil the private lives of the deputies.

Of course, it can be assumed that the sex worker Matsatso-Chkhartishvili has changed much: got serious, read law, changed the name and set about to protect LGBT rights since then. But it is more likely that a new client has made an attractive offer for him. And he couldn’t resist.

“I was here”: art intervention took place in Hidropark on the gay meeting spot