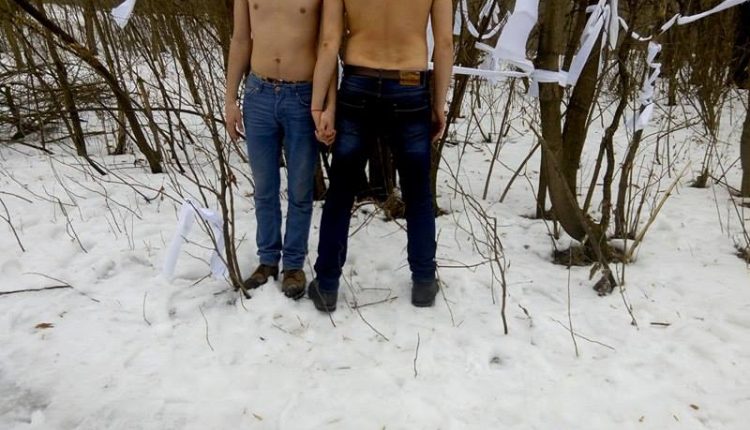 “I was here”: art intervention took place in Hidropark on the gay meeting spot

The activists of Queer Home Kyiv initiative group hold I Was Here art-intervention in Hidropark. Bed sheets were hung up on the popular gay meeting spot as a reminder of what this place meant to gays and of people who met there.

First I Was Here art intervention was held by odious Berlin artist Mischa Badasyan. He visited Kyiv last December as a part of his Save the Date tour in which he had new sexual partner every day during a year, creating a live “monument” of loneliness through his relationships with men.

He hosted a range of workshops and lectures with the theme of Body-City-Loneliness. “You have to touch something in order to understand it. In Kyiv I touched stories and bodies of others. I didn’t expect this audience to be so sincere – everyone told the story of their body during the presentation. It was a small group but it united us and made us so close that I felt everyone and was ready to hug them and accept them in my life,” Mischa told about the workshop in Kyiv. 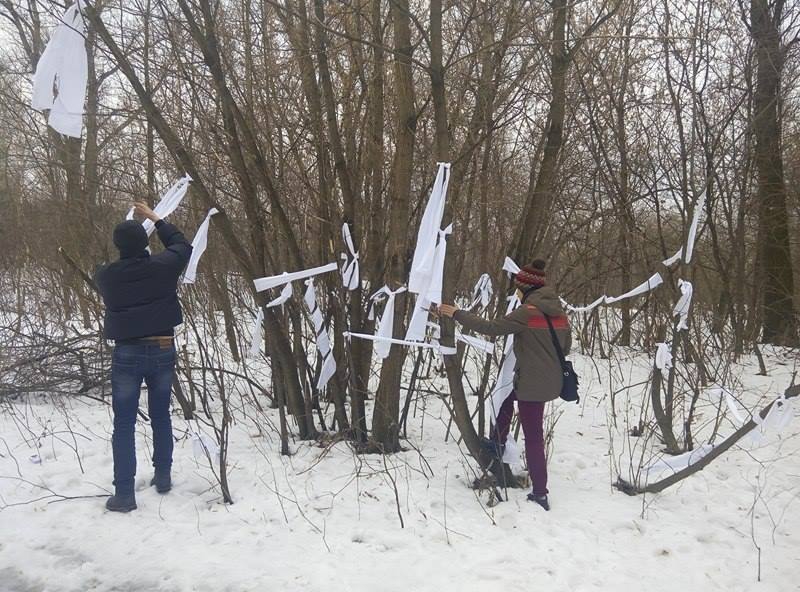 After the lecture in the community centre some of its participants together with Mischa performed the art-intervention in Hidropark symbolizing purity and intimacy of homosexual love that has to keep in the background, away from prying eyes. The activist brought something intimate to the place that lacks it, hanging another piece of bed sheet and telling their stories. “It was dark, gloomy and cold. I was scared of those meeting spots (these places in Kiyv are quite dangerous in comparison to those in Berlin – editor’s note) but at the same time I was lost in admiration and listened attentively to the stories of the local activists,” Mischa told. “We intervened this space with our tenderness and those white sheets were like our bodies entwined, exchanging feelings and emotions.” 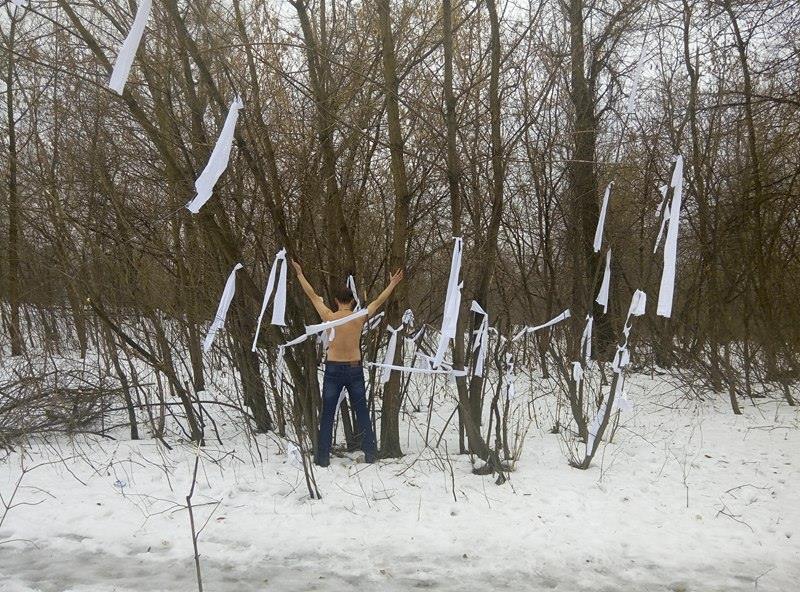 The activists decided to remind people of this place and its importance every month. But coming there in January they had to dislocate the event as trees on the spot of the first intervention had been cut down and their work disappeared. “It’s a pity that the trees were cut down, but the idea lives. It makes me happy. I want to create miracles with you,” Mischa Badasyan wrote to the activists.