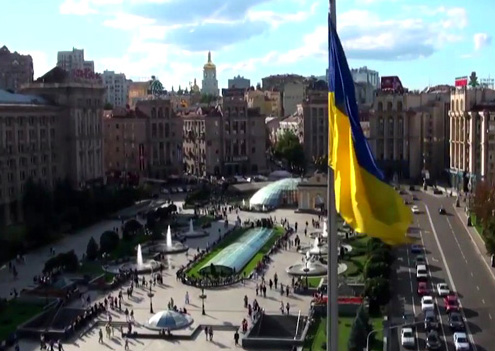 What do Ukrainians know about the Human Rights? Variety of opinions on this matter presented in our new video

"What is human rights? It is when a person has rights for everything, as it was under the Stalin Constitution!"

We didn't make up these examples: those are words of the average Ukrainians – heroes of the new informational video by UPO "Gay Alliance Ukraine".

Within one of the stages of the information campaign conducted by our organization in four cities of Ukraine street interviews were held among passers-by. Citizens were asked how they understood the meaning of the words "democracy", "human rights", "discrimination" and "tolerance". The interviews showed that some Ukrainians still live on the ideals of the Soviet times. Others have their own, and very often wrong, understanding. Fortunately, there are a considerable number of people in the Ukrainian society who are interested in these issues and who know the right answers to our qustions.

Regardless of the correctness or plenitude of answers, all interview's participants received brochures with simple and clear definitions of these concepts. They were also offered to visit our website tolerance.in.ua and to learn more in detailed articles on these issues. The action added up not only to the research and distribution of the information materials: one of its tasks was to observe reaction of people, which showed that all of the respondents who received the brochure read it afterwards to evaluate the correctness of their position.

The changes our country needs relate not only and possibly not so much to political reforms – it requires qualitative changes in the consciousness of people in order to form respect towards both themselves and other people. That is the reason why UPO "Gay Alliance Ukraine" together with its partners sees its mission in spreading the ideas of justice, mutual respect and acceptance of diversity in the Ukrainian society. Namely for this purpose we are implementing this information campaign, within which we have planned many more actions in the future.