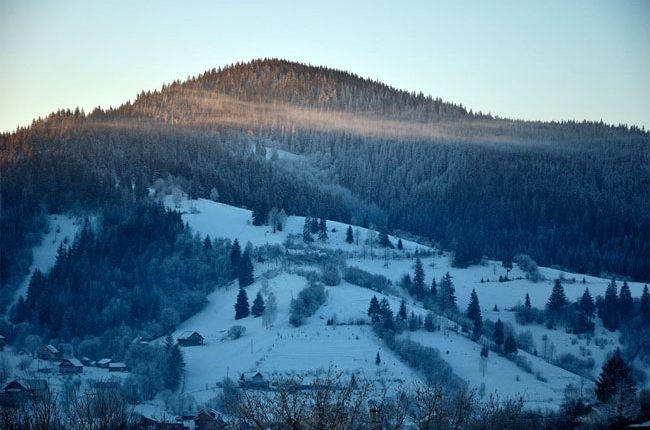 During these days UPO "Gay Alliance Ukraine" is conducting a workshop for regional activists. For this once the event takes place in one of the most picturesque places of Ukraine – the Carpathian Mountains, where now a real winter is with a lot of snow and frost. Within a period of four days coordinators of the QueerHomes, volunteers and activists is going to have discussions, learn and plan their activities for the following year.

Finalists of the Mr. Idol Contest (which we wrote earlier about) joined a group, along with two famous Travesty-Divas, Andrella Vodkina and Marlene Shkandal – as friends and supporters of our organization.

The first day of the workshop was devoted to getting to know one another and engagement of participants into working process. A team turned out to be cheerful and energetic one. Some participants already knew each other; some of them have met for the first time. After introducing each other the activists discussed the successes and difficulties in the work of QueerHomes during the first year of its activities. There was another task – to discuss opportunities for continuing and expanding the work.

Today the participants are going to immerse into the subject of LGBT activism in Ukraine and its primary tasks and opportunities. A master class will be given by the executive director of UPO "Gay Alliance Ukraine" Taras Karasiichuk. In addition, everyone present will be able to test their strength in this hard work by playing the game – namely, by taking a part in the thematic quest.

The third day is the creative one. All those who came to the workshop will take a hand in creating a calendar of our organization. Their task is not only to beautifully pose for it, but also come up with the concept of the picture, as well as to contribute to its implementation.

The fourth and last day of the workshop will be dedicated to summing up, saying goodbye to the group and "collecting" the knowledge and experience received into metaphorical suitcase of the activist. Well, let's say all the participants await for intense programme and upon their return – lots of opportunities to implement their ideas.

Novorossian notice that “smoking woman can give birth to a gay baby” became a hit of the U.S. blogosphere