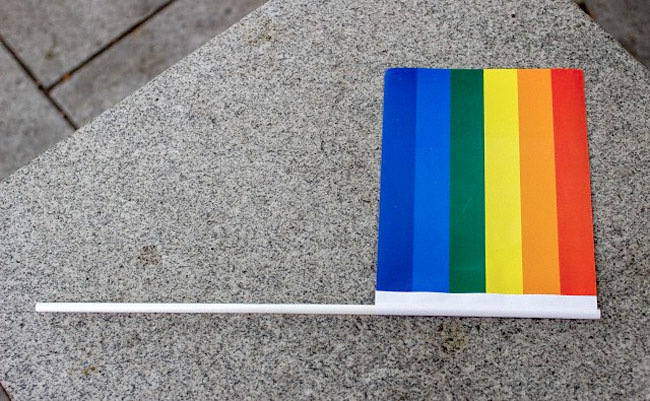 Ukrainians assumed that after Maidan their country will start to look more like Europe, but for members of the LGBT community, things may have even gotten worse. It is believed by Foreign Policy, which is Gazeta.Ru referred to.

As an example, the magazine refers to the story with the Kyiv city cinema “Zhovten”, where on the night of October 30, a fire broke out. Headmistress of the cinema theatre Lyudmyla Gordeladze does not exclude the possibility that the fire was the handiwork of attackers incited against members of the gay community. The same version was also announced later by the law enforcement agencies who had detained the arsonists. As it was reported, Podil District Court in Kyiv chose the house arrest as a preventive punishment for two suspected of arson.

FP also quoted Kyiv city mayor Vitali Klitschko, who declared that human rights is a good thing to stand for, but at the same time he noted that would not support gays and lesbians.

Was assumed that in a new Ukraine something would be different, said in the article. The February revolution was aimed, first and foremost, at the ouster of the notoriously corrupt president Viktor Yanukovych and his criminal cabal. But there was also hope among many of the revolution’s liberal supporters that Ukraine would choose a pro-Western European course, not just politically, but culturally as well — one that would include a space for the LGBT community.

As FP draws attention, old attitudes toward politics, history, and national identity have altered beyond recognition and a new civic spirit has taken root among many, revitalizing Ukraine, but conservative attitudes toward people of different sexual orientation have doggedly persevered — and in some cases even worsened.

It is also reported in the article that after the annexation of Crimea in March of 2014 and the ongoing armed engagement with pro-Russian forces in the east of the country have pushed a large swath of Ukrainians to reject Moscow. At the same time “the ensuing daily chaos and uncertainty” along with , as well as the rising levels of nationalism and militarization in Ukraine, have drawn many to the emotional safety of the traditional family and religious values of the Orthodox Church. FP adds that attitudes towards gays in Ukraine is still in many ways resembles the attitude towards LGBT people in Russia.

Foreign Policy is an American magazine with a headquarters in the capital of USА. One hundred thousand copies are published and sold every two months. Annually it publishes its own version of The FP Top 100 Global Thinkers LIST.