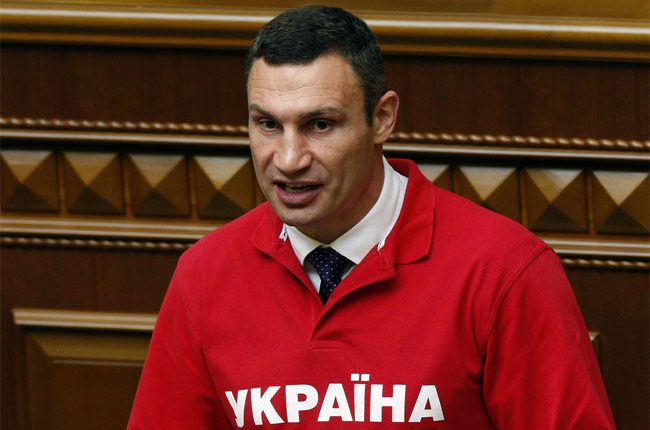 Representatives from different cities from all over the Europe gathered within the conference "Eurocitites" to discuss important issues. Kyiv, as a participant of the current event, faced many problems. That were gas supply, and rise in prices, and poverty. And moreover – increase in the number of attacks on lesbians, gays, bisexuals and transgender people.

However, the last one is not of much interest for Kyiv mayor Vitali Klitschko. He made it clear in reply to a question from a member of the municipality of Munich Lydia Dietrich, when she approached him for clarifications during the conference.

Mrs. Dietrich, who has been representing the Green Party since 2012 is also responsible for partnership issues between sister-cities of Kyiv and Munich, suggested Mr. Klitschko to support fight for human rights. To this Ukrainian politician replied that he considers human rights to be a good thing but he is not going to speak up for the rights of gays and lesbians.

And actually it is terrible, according to Mrs. Dietrich. "Even after the homophobic attack on movie theatre "Zhovten" Vitali Klitschko has not yet realized that human rights of LGBT people are being violated in Kyiv and in Ukraine. It is dramatic ignorance and neglect of basic rights, which, of course, LGBT people should have as everyone else", – Lydia Dietrich believes.

Ukrainian activists express their concerns. "I am very disappointed, – declared Taras Karasiichuk, head of the organization UPO "Gay Alliance Ukraine". – What were we all speaking for during the Revolution of Dignity at the Maidan? It was all about providing Ukrainians, Kyiv citizens with equal rights – regardless their sexual orientation. Our mayor as one of those politicians standing at the Maidan should have been the flagship of those changes in Ukraine. His statement – is a sheer contradiction: he is supportive of human rights, but will not support the same rights of LGBT people. It is impossible – there is no special rights for heterosexuals, and separate rights for homosexuals, or bisexuals, or transgender people. Human rights are rights of humans! The rest is discrimination".

Last week in Kyiv was committed attack at movie theater "Zhovten" during the movie session of "Sunny Bunny" – LGBT section of film festival "Molodist". Criminals threw a smoke bomb into the hall resulting a fire of all the premises of the movie theater. The audience, fortunately, managed to escape, and the attackers admitted that the reason for the attack was a desire to disrupt screening of LGBT-related movie. But obviously the mayor of Kyiv has no idea of what hate crimes look like.