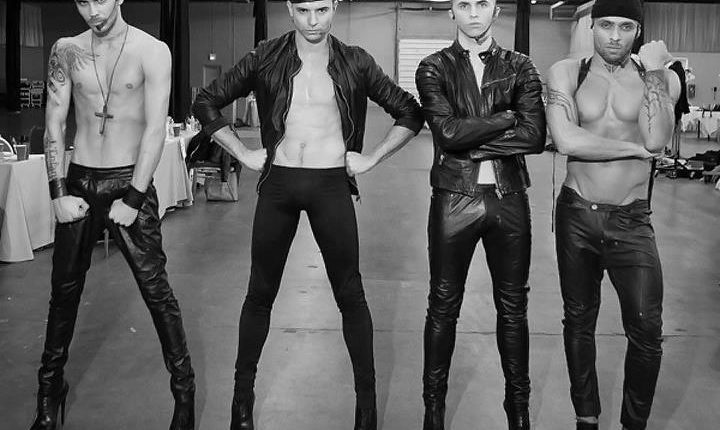 Out There
Ukrainian news

The Amur Cossack Army sent a letter to the governor of the Amur region, the mayor of Blagoveshchensk, the Bishop Lucian and to the regional Public Chamber demanding to cancel the concert of Kazaky, scheduled for February 5. It is reported by IA “Amur.Info”.

“The plastic of their movements is not peculiar to men, as well as performance in women's clothing. We understand that on stage they do not show homosexuality, we have nothing against them as citizens of Ukraine, but let them promote their subculture at home. This city was founded by the Cossacks, the Russian Orthodox people”, — explains the Ataman Andrei Streltsov.

According to his words local Cossacks appealed to the authorities in order to prevent any incidents. Young people hope that the officials or the bishop will be able to negotiate with the organizers to cancel the concert. They believe that conducting of “disgusting perverted concert” offends the feelings of their fellow countrymen, undermines the “moral values” of society and strikes at the reputation of the authorities. The very name of the music band is seen by the Amur Cossacks as an attempt to offend their culture.

“We warn that due to the organization and carrying out of concerts by Ukrainian music band Kazaky there are a possibility of spontaneous demonstrations of Blagoveshchensk residents against the members of the bend and everyone who might come to their concert. We are unable neither to predict, nor to stop the consequences of such actions”, — said in the appeal cited by “PortAmur”.

“We are against this concert in Blagoveshchensk not because they are Ukrainians, but because “men” dancing in tights and high heels, can not represent Ukrainian culture, which is close and related to our Russian people, as well as transmit the values of the national culture to the inhabitants of the Amur Region”, — pointed out in a message.
It worth mentioning that Kazaky regularly receives charges of “propaganda of homosexuality” from the Russian guardians of “traditional values”. The band had already had conflicts with the Cossack associations in many cities of Russia.

A week ago “by recommendation of the Ministry of Culture of the Samara Region” the concert of Kazaky was been cancelled in Samara. Explaining  their decision, local organizers also referred to “public opinion” and “a current need for the patriotic position”.