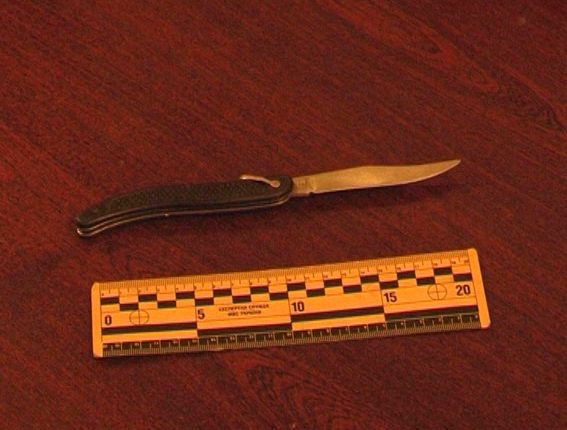 “One of the intruders found in the Internet a potential victim – 44-year-old man from Kiev who, suspecting nothing, invited the killer into his apartment. Already there "a guest" put a gun to the head of his victim and started to demand all his valuable items. At the same time his two accomplices searched the apartment of the victim, stole money, mobile phone and a tablet”, — mentioned in the police.

After that the attackers tied victim's hands and feet with a rope, wrapped a scarf around his neck and strangled him. For the murder of the Kyiv citizen the detainees will face a life-time imprisonment. Pre-trial investigation is continuing.

Also in Kharkiv regional police office of the Interior Ministry of Ukraine reported about  detention of 17-year-old student who is suspected of killing a man he had met through a social network.

Last week the duty office of the police department of Chervonozavodsky district received a message from a 25-year Kharkiv resident that he found his friend with no signs of life in his place of residence.

At the given address the police found the body of 26-year-old man with multiple stab wounds in the chest area. A suspected in the murder turned out to be a student of one of the city educational establishments, who confessed to the crime. The evidences of the committed crime were withdrawn from him, including expected murder weapon (at the picture). Law enforcement officers do not exclude that the original intent of the attacker was a robbery. He is threatened with a sentence of imprisonment up to 15 years.

“As the detainee explained, he met the victim in a social network and arranged a meeting, — told us in a police office. — When the attacker came to visit his new acquaintance, he deliberately picked a quarrel with the owner of the apartment. The young man took a knife, which he brought with him, attacked the man and inflicted fatal injuries. After committed murder the thief captured personal belongings and money of the victim”.

Kharkiv city periodical “Kharkov Dozor” (Kharkiv City Watch) referring to their own sources specify that the victim was a homosexual.