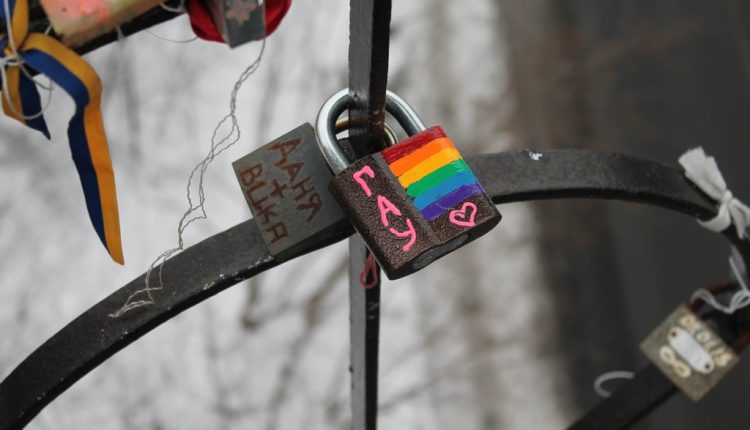 On Saturday, February 14, activists and volunteers of the public organization "Gay Alliance Ukraine" and the LGBT Center Queer Home Kyiv held an action dedicated to Valentine's Day.
The event was attended by loving couples of gays and lesbians who symbolically put padlocks with rainbow symbols and their names on it as a token of bonding their destinies together on the railing of the Lover's Bridge in Kyiv. Each padlock was carefully painted by hand on the night before.

A footbridge over Petrovskaya alley near "Dynamo" arena that connects the two parts of the Mariinsky Park is called among the people – the Lover's Bridge since it is one of the most popular places in the city for romantic dates, love confessions and marriage proposals. According to tradition, the couples leave on the railing their love messages, tie ribbons and hang padlocks as a token for everlasting love.

It is believed that this tradition to hang padlocks as a symbol of love and mutual romantic feelings, which is wide-spread in the Eastern Europe, emerged after the release of the novel by Federico Moccia "Three meters above the sky" in 1992, where the lovers did so.

By this action UPO “Gay Alliance Ukraine” and Queer Home Kyiv wanted once again to remind that the feelings of gays and lesbians are in no way different from the same feelings of the loved ones in heterosexual couples.

Valentine's Day is celebrated by many people around the world, and this holiday is a good reason to declare the value of love in all its forms.

Unfortunately, Ukrainian legislation does not recognize family unions of gays and lesbians denying them the right to a full marital happiness, so Valentine's Day is another opportunity to once again draw attention to this social injustice. To fix this inequality will take time and efforts, but it is necessary to start already now. 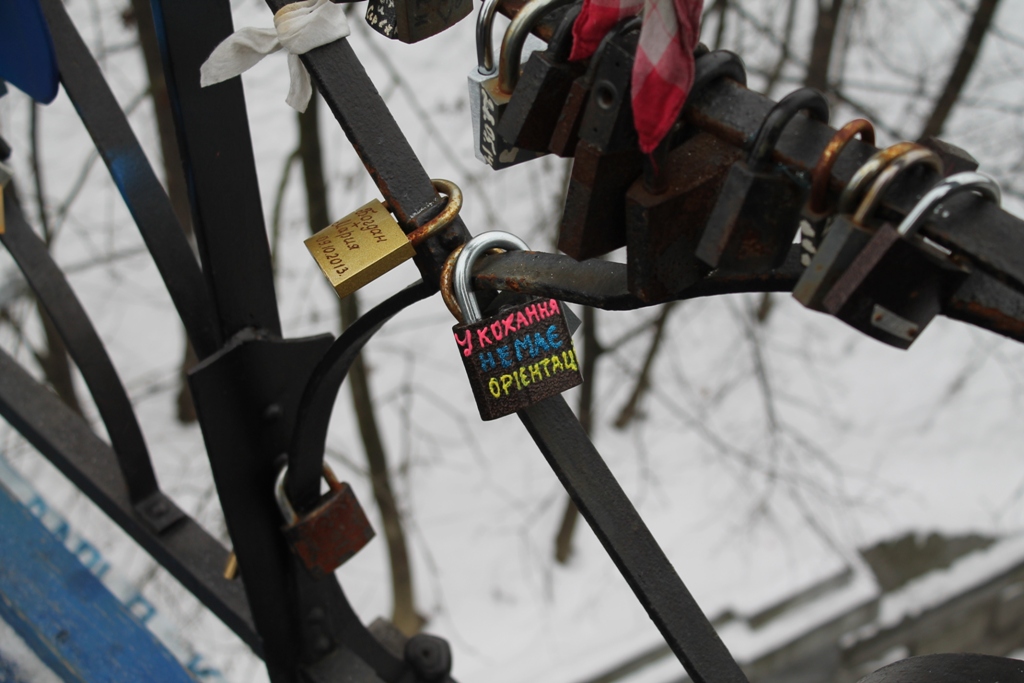 “Love has no sexual orientation” 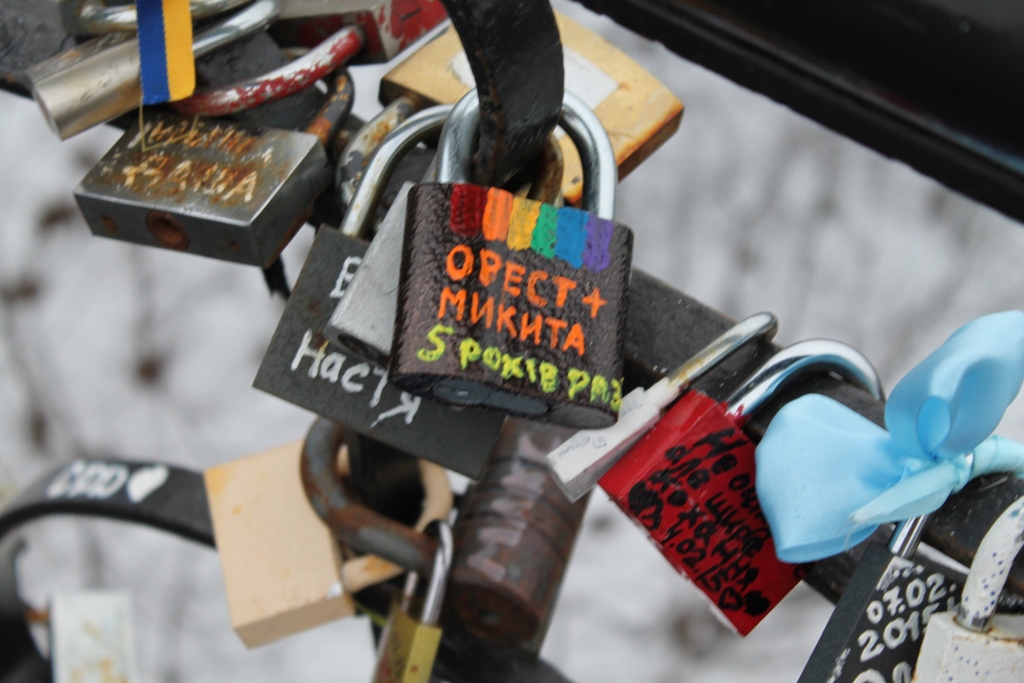