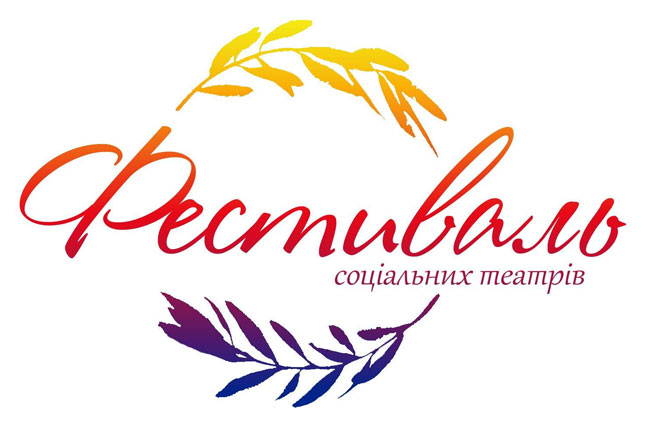 From 25th to 27th SeptemberKyiv hosted the First festival of social theatres. The festival programme was very varied: presentations of the theatres, performances by the troupes, discussions, master classes and trainings. Each of the ten social theatres, that took part in the event, works with  a vulnerable social group – women feel discriminated against, LGBT, internally displaced persons, HIV positive people and disabled people.

As the social theatre or forum theatre is not just a performance but an efficient instrument to solve social problems, the majority of the stage plays are oriented towards vulnerable groups in particular. However, the core audience of the para-theatre "Dzherelo" (Source) are spectators who are not the people being discriminated against. The actors address the audience, telling what opportunities the society denies people with disabilities.

Several theatre ensembles highlighted the issue of stigma towards people living with HIV.

The gender social theatre Queer Home Kyiv presented the play "Sketches of 21st century". Four people being HIV positive have to live in a run-down house, where they share their stories with each other. Their stories have a lot in common but however, they are all different. Every character tries to prove that society needs him and tries to find the way out. 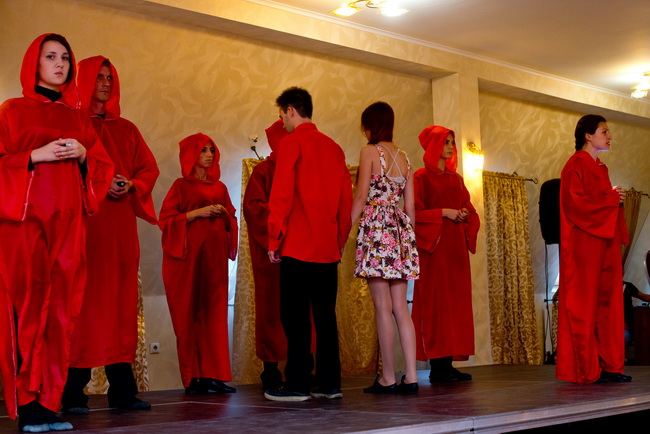 The theatre ensemble "Teatromaniya" (TheatreMania) from Mariupol staged a play showing the destiny of a girl, who had to go through a lot of trials in her life: drug addiction, death of the loved one, being diagnosed HIV positive and stigma.

Vinnytsia gender social theatre told in the play"Life in 15 minutes" about the role, a woman has in the family.Theatre ensemble from Vinnytsia also brought up the topic of parents, who project own unfulfilled ambitions onto their children. A straight A-student, a champion, a music school, a ballet, all this, what parents wanted for themselves, as a child and young person, but did not succeed in, is often imposed on children.

The social theatre I

Z from Zaporizhia addressed the "couch LGBT activists". The special about these people is that they support the campaigns and events, but practically they are never around. The characters of the play try to convey a message that one must act and not just talk to make the situation in the society better.

The social theatre "Inoy" (Different) showed in the play "Stigma", how society talks about, and what expressions it uses for LBGT people. The dialogues do not contain any word invented. That is exactly how spitefully, abusively, with fear and disgust the citizens of Kherson answered the question about, how they would react if their son, daughter, girlfriend or boyfriend turned to be LGBT.

Kharkov integrative social theatre "Dorogoyu dobra" (Following the path of kindness) took part in the festival. The theatre opens up possibilities for the integration of people with disabilities.

On September 27 a play was performed, produced in cooperation with the representatives of all theatre ensembles. "Festival" theatre made its debut by performing an improvisation about the social pressure a person faces at every stage of life. "The main message of the performance is "wake up, start to create and to live a full life". Our life turns into an endless circle – home-work, work-home. People start living just to earn a crust for some days more, changing the life into a stupid running around in circles. All problems start in childhood. That is the time when person's wings are clipped, and a person is said for the first time that he or she "cannot", told Anastasiya Medko. 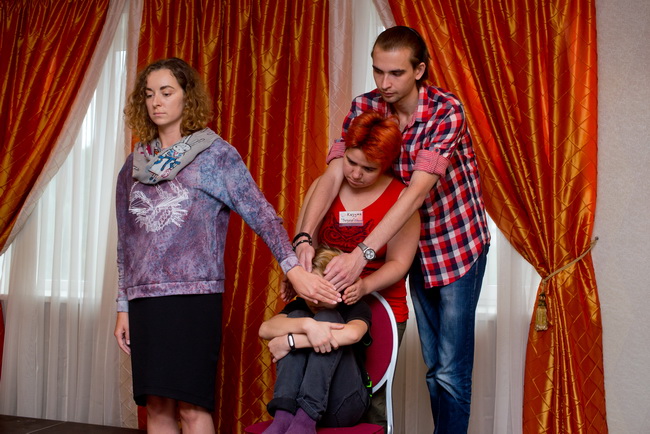 After each performance the audience could ask the characters about the problems, broached on stage. Some questions were answered by the characters, some questions were rhetorical, the most important thing is that after each story the spectators got to the root of the problem, they were willing to solve it.  So, within three days of the festival the participants discussed a lot of acute problems that affect different social groups. As a part of the social theatre festival, the actors attended master classes given by talented Ukrainian coaches.

On September 25 Mikhail Miskun, a speech and drama teacher, gave a master class in a scenic speech and voice training.

On September 26 Oksana Kolyadenko, the head of an acting school "Maska" (Mask), a film and theatre actress, gave a master class in self-expression and how to overcome the rigidity when performing.

Viktoriya Martynova, a choreographer and producer of dance performances and shows, gave a master class in choreography. After the master class the participants performed a terrific dance improvisation.

Serhiy Koinov and Yana Salakhova, the head of Kyiv "Teatrdlyadialogy" (Theatre for dialogue), told the participants of the festival about the aspects of a technique called forum theatre.

On September 27 a scriptwriter LjudmylaKyrylenko and a film director Vera Yakovenko gave a master class how to create an image.

Svitlana Dubina talked to the participants of the festival about gender. During one of the exercises six groups of participants performed an improvisation aimed to explain to the audience what gender is.

UPO "Gay Alliance Ukraine" thanks the participants and coaches of the social theatre festival. We plan to develop this area of activity and hope to see you next year.