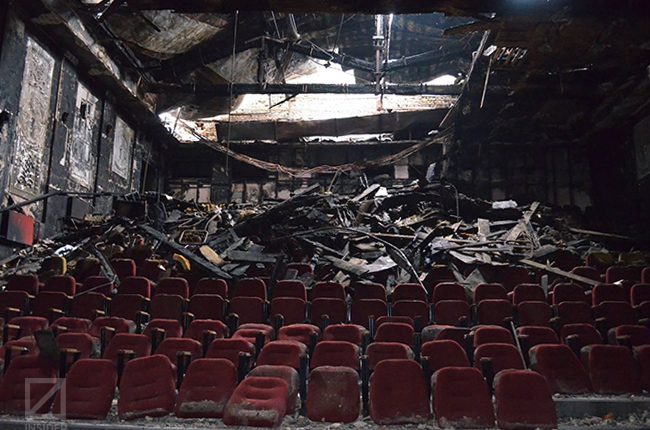 The defendants in the case of Zhovten Cinema arson confirmed that they were driven by hatred of LGBT community at the hearing in Holosiivskii district court of Kyiv on September 29, as Gazeta.ua informed.

The accused Roman Portianko and Oleh Rybalchenko told that they wanted to protest "against queer propaganda." Young men came to the show of LGBT movie Litni Nochi (Summer Nights) that took place in Zhovten Cinema under the Molodist film festival, and threw smoke grenades to the cinema hall in the middle of the show.

The accused claimed that they allegedly did not know that somebody had spilled some flammable liquid in the cinema premises before, that caused the fire. The inspection proved that Portianko and Rybalchenko were not implicated indeed in the flammable liquid spilling.

Rybalchenko told that he acquired the grenades by chance a few days before the accident. The accused assured the court that they did not realize how dangerous smoke grenades were.

RGD grenades were also taken from Rybalchenko. The young man informed that he had brought them from ATO zone but did not plan to use them.

The defendants insisted that they intended to sabotage the movie show in order to show their social position.

Let us remember that Ukrainian Criminal Code has no article for hate crimes that concern LGBT. As a rule, such crimes are qualified as hooliganism, without consideration of peculiar motives.

The renewed Zhovten Cinema is expected to open by the Molodist international film festival that starts on October 24.