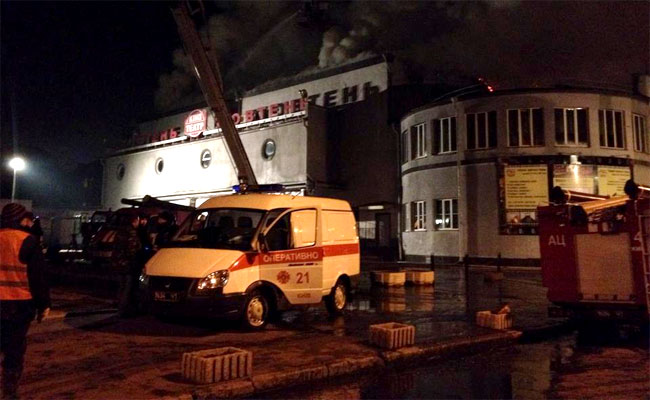 A correspondent of the internet media MIGnews talked to the Director on Strategic Affairs of the Ukrainian Helsinki Human Rights Union (UHHRU) Mykhailo Tarahkalo. According to Mykhailo, currently the lawyers of the Union are investigating three crimes committed – as the lawyers are trying to prove – on the ground of hatred. Including notorious Zhovten Cinema arson, which happened last autumn during the movie show of the queer section of the International film festival "Molodist".

When asked whether many crimes are being committed on the ground of hatred in Ukraine, Mr. Tarahkalo replied the following: "The main problem is that nobody registers them. They are being qualified as general common criminal offenses and nobody wants to investigate this particular motive. Why? That's quite easy. First of all, it is significantly complicates the investigation. Secondly, it affects other higher matters. If it is a hate crime than, accordingly, there is a motive of hatred towards a certain group of people, or a person based on some of their specific features: skin color, race, religion, belonging to a certain group, sexual orientation. Usually such motives do not appear out of nothing, at a single subject's mind. <…> When such a crime is being committed, the motive should be investigated and basically a separate independent investigation has to be conducted".

The lawyer described Zhovten Cinema arson investigation by a word "red tape": "The number of suspects seems to be clarified, but they were not accused of committing a hate crime".
"LGBT community is subjected to systematic attacks, – Mr. Tarahkalo noted in his interview. – This tendency is already there for several years. Once radical movements were formed, they, among other activities, attack the LGBT related campaigns with an enviable constancy. These are not isolated cases. The attacks are described in social networks with great pomp, yet nobody investigates, nothing is being found."

Let us recall that shortly after the arson of the movie theater, police detained two suspects in committing the crime. Interior Minister Arsen Avakov hastened to inform about it on his Facebook page. "A student of Kyiv city's university and his unemployed friend confessed of committing the crime. During a search of hostel, where arrested lived, were found three RGD grenades. Now the arrest of the two detainees is being decided. The investigation continues – their customers will be identified", – he wrote. Advisor to the Minister of Internal Affairs Anton Gerashchenko said also on Facebook that the detainees revealed the motives of their action. "They wanted to commit their act of hooliganism at the film show on LGBT-related topic, which was conducted under the international film festival "Molodist", in order to disrupt this particular movie session thereby showing their contempt for LGBT community in general", – wrote Gerashchenko. At the same time, nobody speaks of any crimes committed on the ground of hatred.

Organization “Trident” (Tryzub), which is part of the “Right Sector”, threatening LGBT activists to end up like Buzyna and Kalashnikov