All the world's a stage,

And all the men and women merely players;

They have their exits and their entrances;

And one man in his time plays many parts,

The idea of Shakespeare, so true like never before can be extended. Not only all the world is a stage, but our lives, our stories are often more amazing than the plays. Every day, hour by hour the things happen to us, which can perfectly become a story to perform. It is not necessary to write a script for weeks or months and adapt it for the stage, if there is a truly magical tool – a Playback theatre. On January 24 the group Splash visited Odesa and gave a wonderful master class on this form of theatre in Queer Home. 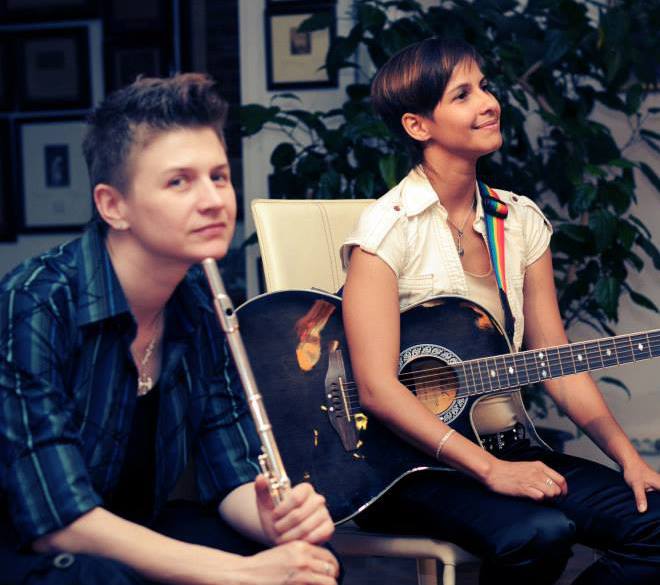 Nataliia and Oleksandra are enthusiasts of the Playback theatre. The surprising about this theatre is that the actors don’t memorize the script and dialogues. This form of theatre is a pure improvisation. It happens the other way round. The actors listen to the story told by someone from the audience and later enact it. “Playback theatre is a relatively young art form. Jonathan Fox and Jo Salas developed this technique in 1975,” Nataliia says. “A spectator tells a story from his or her life. There can be a wide range of the stories. It can be a story about someone who came along the street in the morning and was late to work. There can be very serious stories and hot-button issues, for example, about coming out, what it is to be a victim of harassment or bullying, or rape. It is impossible to foresee which word or phrase will be a trigger for the next story,” Nataliia continues. When the story is told, the actors of the Playback theatre choose one or another form, depending on the story, and enact the story. “There are a lot of different forms, some of them are simple, other ones are very technical, with dance, music and even poetry”, Oleksandra adds. It is really amazing how the actors can guess specific thoughts, feelings, movements and even the words of a person. “Clearly, a person tells a story without going into details. And that’s when the miracle of Playback theatre happens: thanks to the methods and techniques it feels like the actors can read the thoughts of a person and exactly guess specific words that the person hid. This is the fascination of the Playback theatre. And that’s why it has a great impact”, Nataliia says.

Splash are not only very talented actors and musicians, but outstanding speakers and teachers too. On January 24 the participants of Odesa social gender theatre Ururur 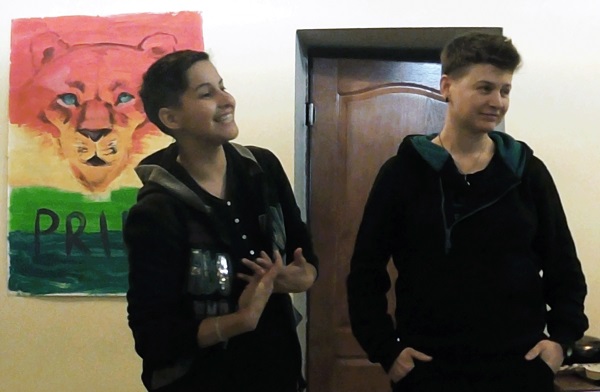 and the guests of the community centre could touch the magic of the Playback theatre in Queer Home. And with the guidance of Nataliia and Oleksandra they learned how to improvise. The training started at 14:00 and continued until evening. The information was presented very interesting, participants warmed up, practised with small and big forms and even tried to perform. “It turned out that a small 2-hour training on Playback theatre held in October produced excellent results: the guys from Odesa actively master the techniques, rehearse, and plan the performances. So, our set for the beginners almost immediately converted into an intensive training for advanced. Ritual, performance, conducting, interacting with the audience, and of course, techniques and forms — it was really good. This trip has become a challenge for us, to some extent. While we discuss the idea to found a Playback theatre in Kyiv, the guys do it already in Odesa. Well, come on!” Nataliia underlines.

The scope of application of the Playback theatre is really huge. Because of its indisputable advantages, Playback theatre can be used in a social gender theatre, in particular, in the work with socially vulnerable groups of people. Playback theatre has a huge therapeutic potential. As a story told by the audience literally comes to life on the stage, the audience gets a chance to go through it and rethink. Playback theatre fascinates, and that’s why it is a great tool to present the ideas of tolerance and equality. Besides, the artistic value of this art form is beyond doubt. Yes, improvisation in the theatre is a top class and the most difficult form. But thanks to the great talent and enthusiasm of Nataliia and Oleksandra not only experienced theatre-goers can master it. Even regular participants, who decided to attend the training when it came to the end, honourably participated in a mini-performance. „For sure, we will use the Playback theatre, its methods and techniques in the work of our gender theatre“, notes the director of Odesa gender social theatre Ururur Kazuma. „The training on Playback theatre was very educational, interesting and spectacular“.

January 24 became a real celebration of art and creativity. The participants were delighted to share the wonderful world of the Playback theatre. It is really great that we 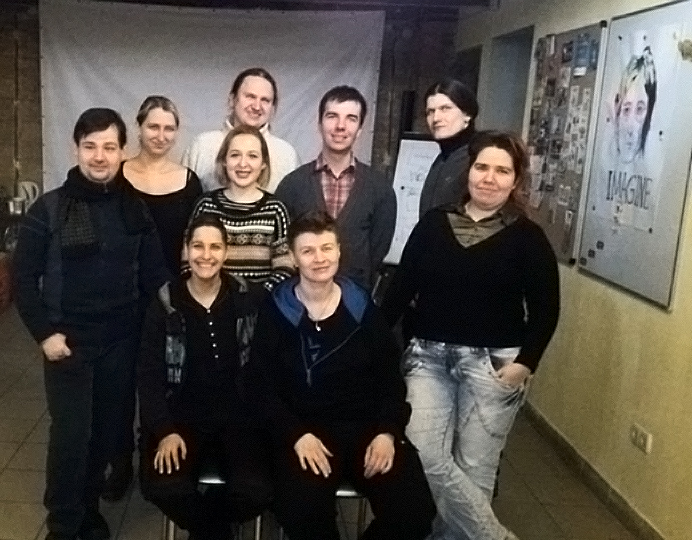 have in Ukraine such professionals like Nataliia and Oleksandra; that they introduce public to the Playback theatre, making it possible for the LGBT community to take on board this powerful way of communication and a way to put a message across. We here at Queer Home Odesa would like to thank for the excellent training. And many thanks to Nataliia and Oleksandra for sharing the tricks of the improvisation — the greatest kind of performing.