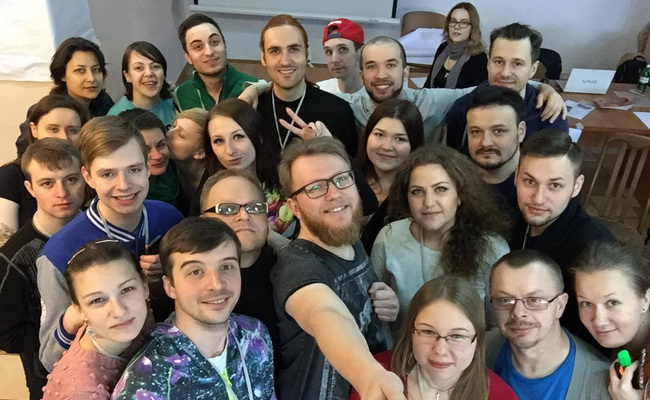 Volunteers for a “workout” 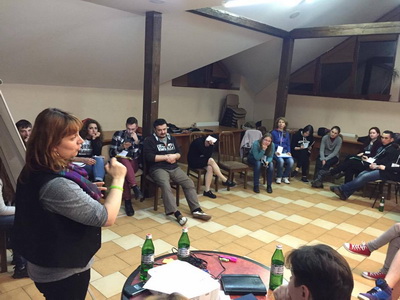 The first part of the training with Svitlana Valko was about the volunteerism as an instrument and a phenomenon, which needs to be developed. To develop inter alia by involving other people to the volunteer movement or the projects. And it is not possible without a high level of communication skills and a quick response to the requests. Volunteers’ first task was to get to know the group within a short period of time – 1 minute. Their conclusive result – ability to quickly form a team by the specified criteria, for example, “all team members are from different cities”- depended on what the volunteers succeeded to do within this minute.

Svitlana told about the types of motivation and identification of unconscious and unspoken motives, and proposed volunteers to put knowledge to use. Four groups of volunteers were asked to make a complete stranger a little bit happier and to video themselves together with that stranger as evidence. It isn’t easy to talk a stranger into a video filming. But it didn’t stop the teams. And each team met the challenge.

“I did like the training delivered by Svitlana Valko – it is rather a hard line, but the participants were given free rein to act. It is an awesome balance and the ability to look inside a person identifying his or her weak and strong points. The theoretical and practical parts complement one another – not just to listen, but to do, to learn and develop”, Kseniia, a training participant told.

Day 2. About KyivPride, monitoring of discrimination and ideal teams 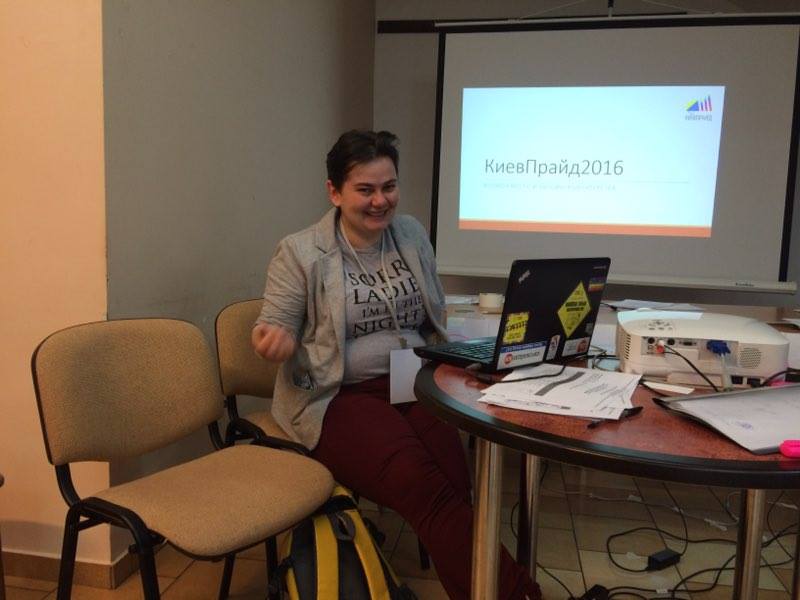 The second day of the training started with two presentations – a joint project of GAU and human rights centre Nash Svit and about the volunteerism at KyivPride2016.

Ruslana Panukhnyk, a human rights activist and a member of the KyivPride2016 organizing committee, told about the role of the volunteers in holding the pride week in Kyiv, and how the volunteers can help during the events of the Pride. Ruslana underlined that volunteer services may not necessarily mean personal presence. One can help by monitoring the media or, for example, providing translations for the website KyivPride2016.

Oleksandr Zinchenkov presented the statistics of the hate crimes, which were monitored inter alia in the frames of the joint project of GAU and Nash Svit. Oleksandr indicated that the situation was difficult, authorities often refuse to consider homophobic and transphobic motives in criminal proceedings. And in one case a court considered homophobic motive as a mitigating circumstance.

In the second part Anna Leonova, GAU regional development manager talked to the volunteers about the optimum mix of the volunteers’ team, the role of a volunteer and types of the roles. The training participants were divided into three teams. The roles were allocated to the team members and were considered when working on a new project. Besides, a part of the training was about how to involve more people to the team and how to make it possible for everyone to participate in the project. Interestingly enough, the volunteers could find the way to use every team member’s abilities. So, toward evening everybody stated that his team was the best, if not ideal. 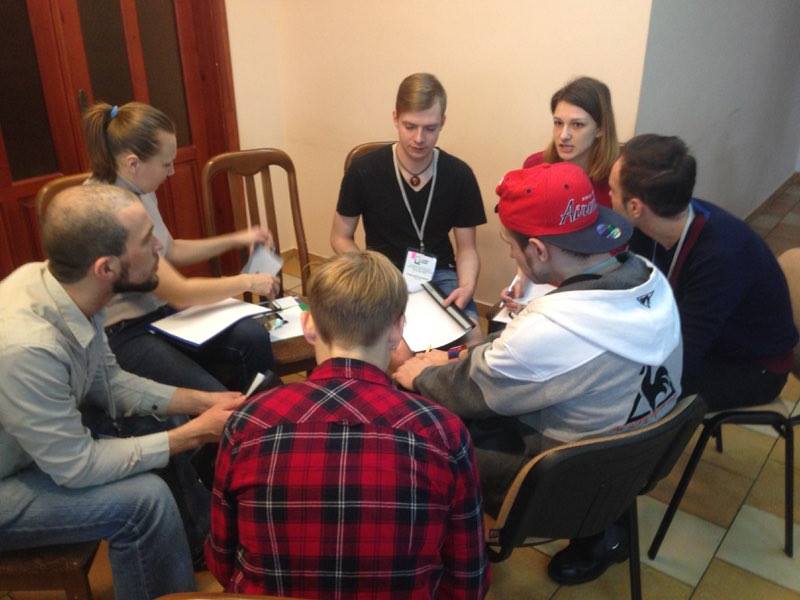 LGBT sport and LGBT tourism are a free niche in Ukraine. Nobody concerned oneself systematically with the first one. And nobody believed and invested in the second one. There was a brainstorming on these two interesting streams on the third day of the training. Using the knowledge of their regions, the volunteers discussed whether they need LGBT tourism, and if yes, how it should be. They discussed the development of LGBT sport, as well. The training participants agreed that particular sports could be promoted within Queer Home and the teams could be built up.

Finally, Anna Leonova announced the list of events for the volunteers planned by GAU for 2016:

•   Hiking for the volunteers (summer time)