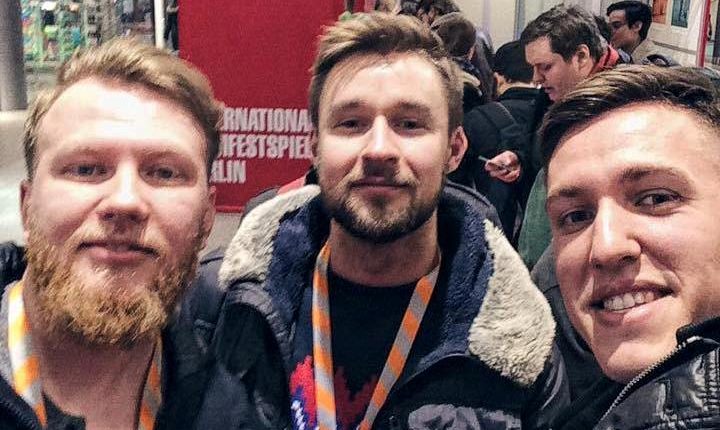 The representatives of Gay Alliance Ukraine together with the organizers of the Molodist film festival visited Berlinale and took part in the selection of the films for the future programme of Sunny Bunny.

The queer section Sunny Bunny of the Molodist film festival usually takes place in autumn. However, the programme is prepared through the year. The festival organizers visit the leading international film festivals, learn about the latest queer movies, conduct negotiations with films’ rights holders, and consider proposals, which they receive. And based on all this, they put together the programme.

“In general, the Berlin Film Festival, is the main platform for the queer cinema, as there is a special programme Teddy, under which LGBT-related films are screened. If we talk, for example, about Cannes Film Festival, certainly, it is a major event, but there is no separate LGBT programme. There is a queer award, but the festival often presents very few LGBT-relevant films”, Bohdan Zhuk, the coordinator of Sunny Bunny, explains.

Significantly, the Berlin Teddy has celebrated its thirtieth anniversary this year. “That’s why the event was celebrated on a grand scale”, the programme director of GAU Yurii Yorskyi says. “It is amazing how rich the competition programme of the queer films was. There were so many retrospective screenings of LGBT classics”, Yurii shares his impressions.

“It was very pleasant to get the invitation from the organizers of Molodist to take part in Berlinale and to help with selecting the films for the future programme of Sunny Bunny”, Yurii adds.

Yorskyi put an increased focus on the comedy about the Afro-American lesbians The Watermelon Woman made in the 1990s. According to him, the film deserves to be on the “golden list” of LGBT classics. He also noted the latest Israeli documentary Who’s gonna love me now? The documentary has got audience award at this year Berlinale.

The film tells us about an HIV-positive man, whose parents rejected him. But the young man didn’t give up and found himself as a singer in the London Gay Men’s Chorus. “The actor himself and his father were present at the screening. The father has accepted his son, and he is very proud of him. Besides, the London Gay Men’s Chorus came to support their colleague and performed at the film premiere”, Yorskyi recalls.

We recall that queer programme Sunny Bunny is one of the main cultural events in the life of LGBT in our country. When this programme was founded in 2001, Molodist became the second international film festival in Europe (the first is Berlinale) to give awards to the films about gay, lesbian, bisexual and transgender people.

Read also: Queer and dissent. What do artists think about it? (ukr)

As a partner of Sunny Bunny programme, Gay Alliance Ukraine has supported it over the recent years. GAU will continue to contribute to the development of this programme.

“We do appreciate that GAU has joined in to prepare the programme Sunny Bunny”, Bohdan Zhuk concludes.

Volunteers for a “workout”