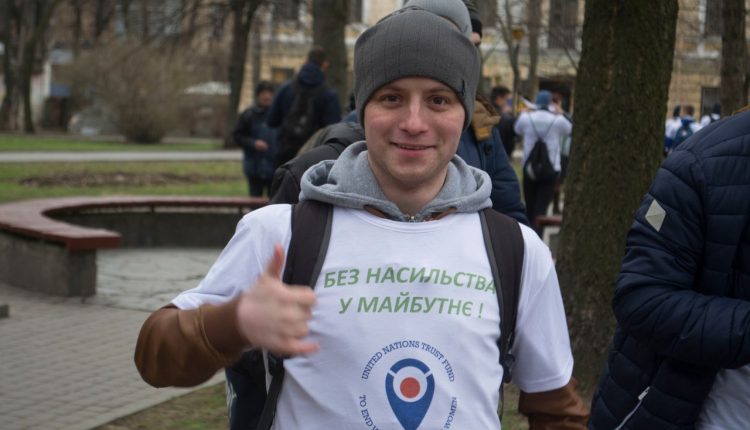 “Violence is deliberate use of force by stronger people against less strong ones. If you or your close ones suffer from violent actions you should know that this is illegal behavior and you have right to be protected!”

This was the message that Vinnytsia activists including the volunteers of Queer Home brought to the city streets on March 17 for To the Future Without Violence campaign.

Young people of Vinnytsia walked through the streets with mottos “Don’t look for happiness in violence” and “To the future without violence”. They told passers-by of any kind of violence being inadmissible and handed information leaflets round. “Violence can be not only physical or sexual but also economical and psychological. It’s very important that as many people as possible were aware of their deeds and avoided violence against themselves and against others. It was the message of those who participated in the campaign,” Queer Home Vinnytsia coordinator believes. 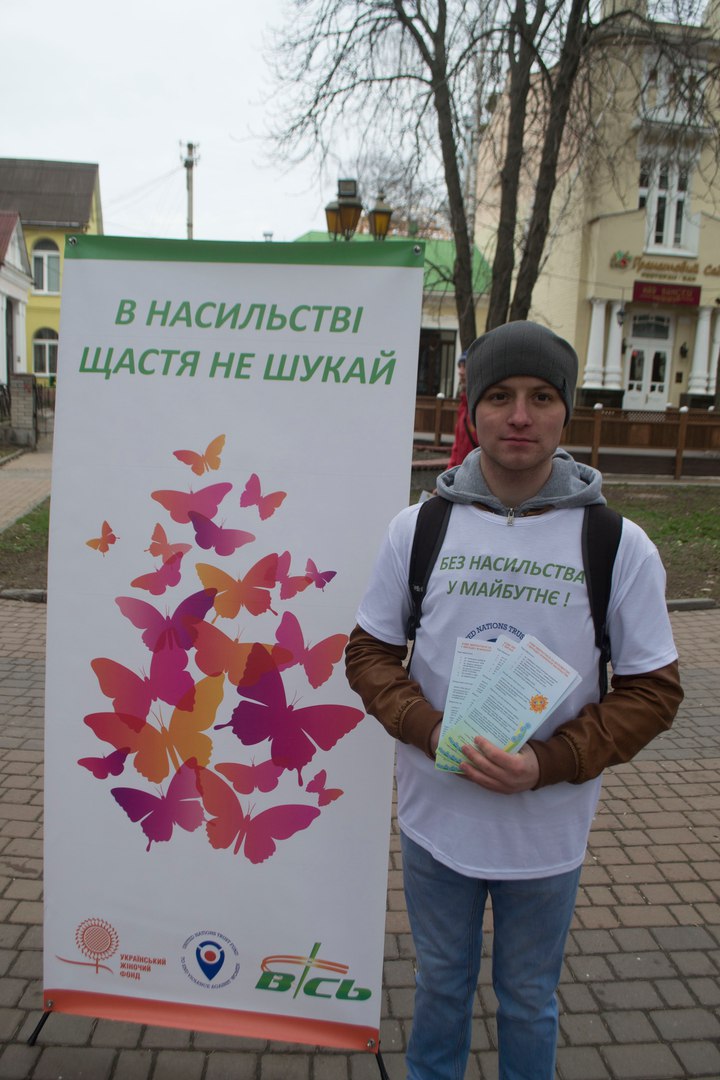 To the Future Without Violence project is realized by NGO Vis (Axis) in frames of Ukrainian Women’s Foundation on Violence Prevention Among the Youth and financial support of UN Trust Foundation on Eradication of Violence Against Women.”