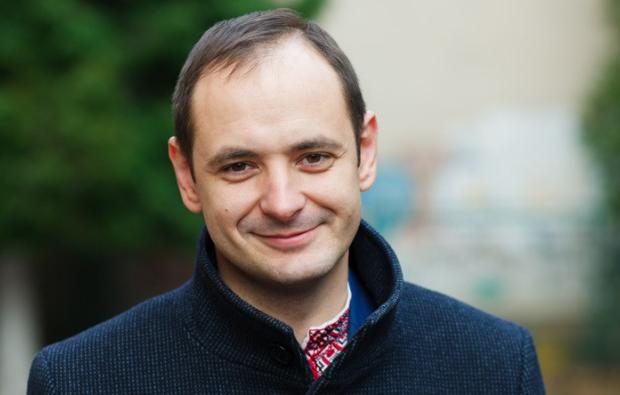 The local news agency Galka reports, the Mayor of Ivano-Frankivsk Ruslan Martsynkiv is convinced that the legalization of same-sex marriages doesn’t steer the country to the EU.

“Ivano-Frankivsk has to be committed to the preservation of life“, stated the Mayor on March 21 at the press conference in connection with March for life and family values.

According to the Mayor, the legalization of “abnormal, unnatural laws, which legitimate abortions and same-sex marriages” doesn’t steer the country to the European integration, while such countries as Poland and Ireland succeeded in defending their Christian position, although both countries are members of the EU.

However, to inform the Mayor, there have been same-sex civil partnerships in Ireland since 2011. Last year Ireland became the first country in the world to legalize same-sex marriages by popular vote. By the way, the voter turnout has been around 60 per cent.

The March for life and family values took place on March 23. It was dedicated to the Day of Unborn Child, which UGCC celebrates on the second Saturday of the Great Lent. The March participants spoke out against abortions in Ukraine. The participants marched through the main streets of Ivano-Frankivsk.

The event was organized by Ivano-Frankivsk Christian movement for the life with support from other religious organizations, city and regional authorities.

Read also: Spokesman of Ministry of Internal Affairs Artem Shevchenko: Comment of Kyva is not his official position (ru)

By the way, a suggestion for deputies of the city council and the Mayor Martsynkiv to take a polygraph test appeared on the Ivano-Frankivsk site for petitions to the authorities. The petition reads that if the deputies refuse or can’t respond decently to the questions, they will have to vacate their seats. The author of the petition decided to act like that because of numerous media reports and report on the social networking sites about corruption and kickback schemes in city authorities.