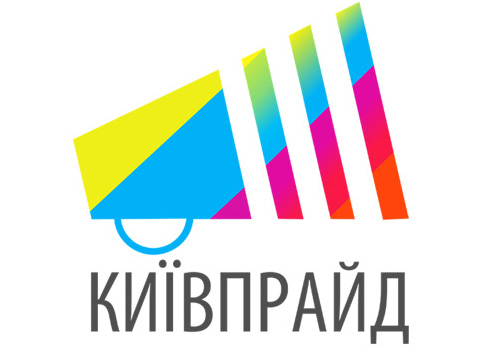 Ukraine is united and we are a part of it!

From 30th of June until 6th of July Ukraine will hold events of the International LGBT Forum Festival KyivPride2014. They will unite not only lesbian, gay, bisexual and transgender people, but also all people of good will who share common values around the ideas of consolidation, freedom, equality and safety.

International LGBT Forum Festival KyivPride2014 is an annual social, political and cultural event, which this year will take place in our country for the third time.

"Today when Ukraine faced external aggression, when they try to divide our society by incitement of hatred between different social groups, Ukrainian LGBT community declares inadmissibility of escalation of hatred and xenophobia on any grounds. We are for peace and tolerance for each other and we encourage all groups in our society to come to an agreement", – says Elena Shevchenko, Co-Chair of the KyivPride2014 Organizing Committee and the leader of the city LGBT organization NGO "Insight".

"The events of the Revolution of Dignity vividly demonstrated: human rights are not an empty sound for citizens of Ukraine. To gather National viche, to organize a strike, or to walk on Equality March: for Ukrainians these are ancient traditions of democracy and demonstration of the people's will. We are ready to stand for our freedoms and rights. Our key task for this year is to prevent "vatniki ["quilted jackets"]" and pro-Russian provocateurs from intrusion into the fight for human rights for all people in Ukraine including LGBT community. The blood had been spilled on Maidan that we all could realize everyone's right to live, to love, to gather together, and to feel safe and protected. Because human rights above all ", – says human rights defender Nazariy Boyarsky, Co-Chair of the Coalition against discrimination in Ukraine (CAD), who was also elected as one of the Co-Chairs of the Pride Organizing Committee.

"We have the same traditional demands for the new power – to ensure actual equality for all people without discrimination based on sexual orientation and/or gender identity. However currently we need more – consolidation of all healthy forces of the country to counter foreign expansion. We would like our fellow citizens to know: LGBT people stand for united and strong Ukraine, which is building more and more close relationships with European Union. This is our political position", – concludes Taras Karasiichuk, third Co-Chair of the Pride Organizing Committee and the Head of All-Ukrainian LGBT union UPO "Gay Alliance Ukraine".

The agenda of the upcoming Pride-week will be eventful, first of all with events for LGBT community. Among them we have planned educational lectures and trainings, school of human rights, movie program, musical performances of LGBT friendly singers, exhibition of artifacts from the history of the LGBT movement, mobile photo exhibition, Pride parties in night clubs of the capital, debates on what kind of assistance LGBT movement is able to offer to the new Ukrainian political power today.

Destiny of the public Equality March, which is unreasonably called "pride" by the native opponents of LGBT movement, hasn't been decided yet. Press service of the KyivPride2014 reports that the decision upon whether bring participants for the street action or not, and if yes – under which slogans, the Pride Organizing Committee will be made later, based on the situation in our country and our capital city.

International LGBT Forum Festival KyivPride2014 is being organized under the wide support of national and European community and human rights activists. As usual, we are welcome guests from abroad to participate in the Pride events.

Let us recall that KyivPride was founded in 2012. At that time carrying out of a public event was blocked by hooligans and radicals, who the city authorities failed to deal with. Nevertheless last year Equality March within the framework of KyivPride2013 was successfully held in the capital city with the participation of the distinguished guests. Even though Kyiv city authorities treated this human rights event rather unwelcoming, still they managed to correct their mistakes of 2012 and secured March-2013 with heavy guard protection by special security forces. Equality March 2013 had completely dispelled the fears of inhabitants of the capital about "inappropriate" format of this event, since the march was held in a form of a walk of ordinary people with human rights slogans.