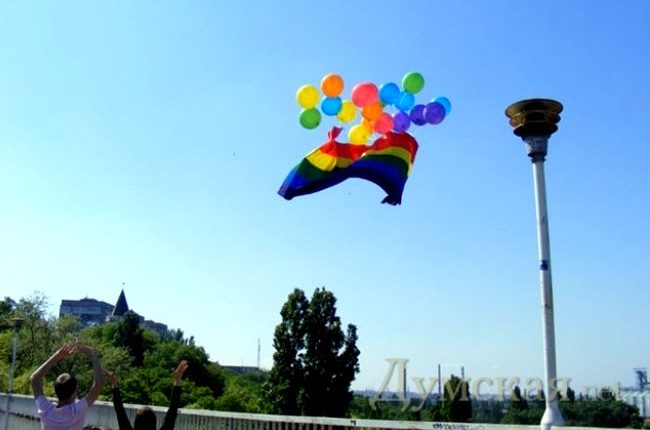 Even though we thought much on this issue – Maybe enough already to write about Odesa? – I still believe that it is important to draw some conclusions. On my own behalf.
I will start from the outputs that OdesaPride managed to reach.

1. Once again, in the social space the company of right-wing "patriots" appeared in a very bad light. Slowly people start to get tired from radicals playing their tricks. Thus, their hitherto "unexplainable charms" disappear – comes enlightenment. With or without Maidan, but to organize lawlessness with obvious fascist bias – forgive me, but it is something quite different.

2. Absolute advantage for LGBT activists. You know that confrontation with the authorities, open opposition and showdown with police truly fortify a person, after what many civil society activists are moving to the next new level. Besides, guys from QueerHomeOdesa became really united. And it is very important as our ranks were replenished by a large number of interesting and fearless people.

3. It is also worth mentioning – the mobilization and enormous support of friendly heterosexuals. Our guys were sincerely surprised by how many kind words they heard during preparation for the Pride and during the event itself. The organizing committee did not hesitate to go to the public with open faces when carrying out events in an open format. 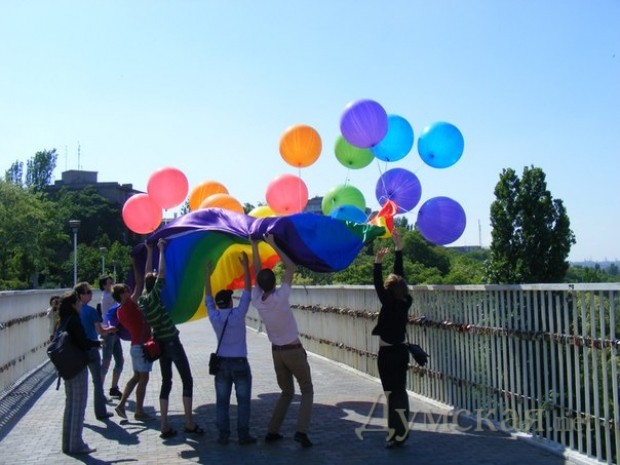 4. Especially I would like to note international resonance and attention to the event. At the event was present a delegation from Munich. The Swedish Embassy sent a letter of support to OdesaPride to the Odesa city state administration. After the mess made by police, local authorities, right-wing radicals and so-called "partner" near-LGBT-groups, the incident in Odesa was heavily criticized by the EU and the USA.

Therefore, in the next year it will not be difficult at all for the organizing committee to enlist the support of the majority of gay-friendly embassies. In other words, OdesaPride has already become a well-recognized brand at the national and international levels.

5. After it was all over, the organizers got a unique opportunity to start a series of strategic legal proceedings on claims against the city authorities, the Ministry of Internal Affairs and Svoboda political party. As far as I know, the guys enlisted the support of UHHRU (the Ukrainian Helsinki Human Rights Union) and now they are preparing appeals to the judicial institutions.

The local authorities provided human rights activists an unique opportunity to use the tools of the strategic legal proceedings, which has a major impact on the further advocacy work. And this is very important within the context of the entire movement. 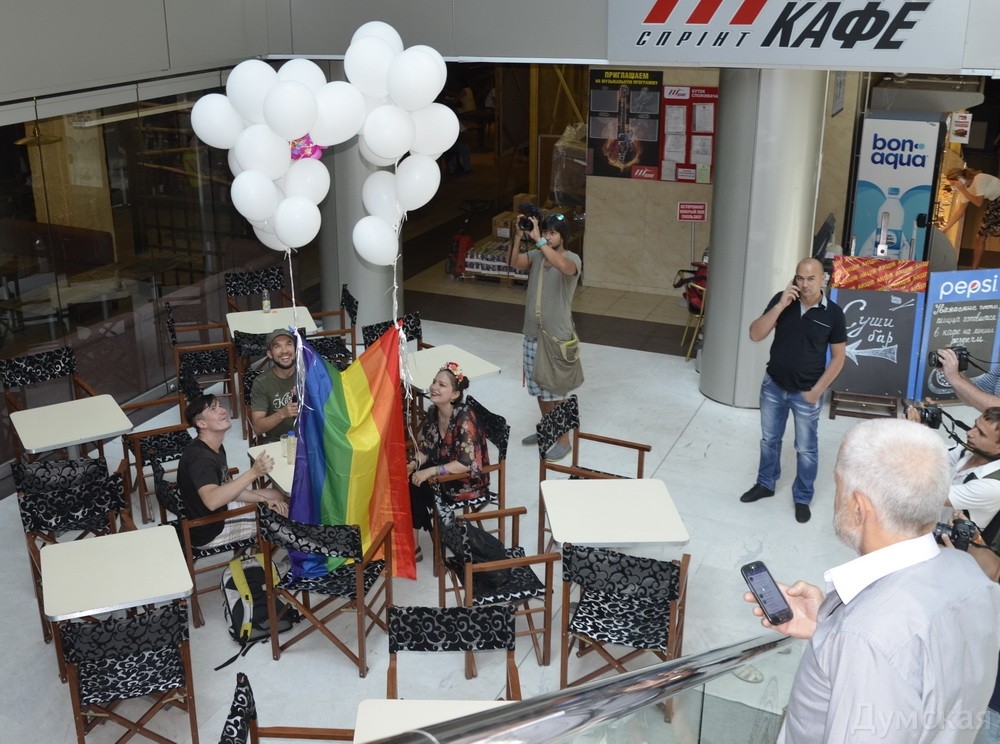 6. In spite of initial "standoffishness" of the mass media, ultimately most press sources of the regional and national levels covered the events of OdesaPride neutrally or positively. Once again it allowed many Ukrainians to think about the problem of discrimination against the LGBT community.

7. OdesaPride has become a kind of indication on how sometimes greed, envy and lack of principle might blind.

Briefly speaking the situation is as follows: Three LGBT groups operate in Odesa. One of them is QueerHome that works under the aegis of UPO "Gay Alliance Ukraine". The idea to carry out the OdesaPride was born exactly there and afterwards voiced for the leaders of the LGBT movement in autumn during the national meeting on strategic planning in Kyiv.
In winter the leaders of QueerHomeOdesa conducted a number of consultations with the group "Menfulls", which later became the Odesa representative of Mykolayiv Association for Gays, Lesbians and Bisexuals "LiGA". At first, the guys agreed to work together, and then for some reasons, they changed their views. 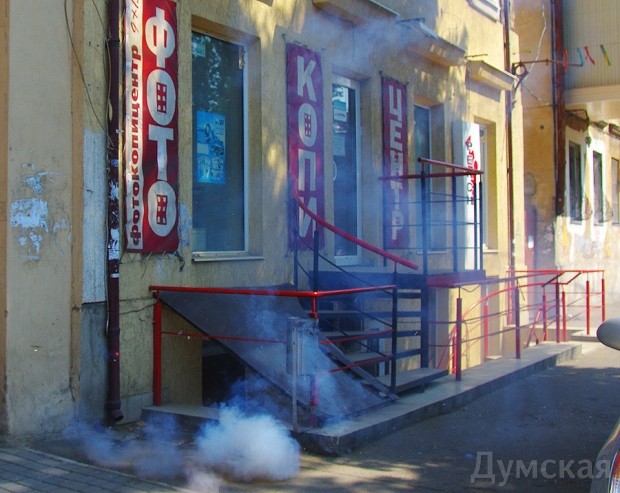 Concerning the Odesa Youth Public Movement "Partner", which is engaged in the HIV prevention and is far from the human rights issues, no negotiations had been conducted. In particular, because we already had a previous negative experience of cooperation. Anyway, HIV prevention among MSM within LGBT organization deliberately distancing themselves from the gay movement, and human rights advocacy – it's not the same thing.

Altogether, everyone knew about the planned actions. Thus, it was unexpected to read in public statements of some individuals and organizations their revelations on how they had no idea who exactly were organizing OdesaPride, or therein discover complaints that they were not consulted.

The structure of OdesaPride is quite simple: it unites activists who ARE WILLING to be engaged in its organization and conduction, and they have a legitimate right to do so. Therefore, GAU and its Odesa representative adjusted certain points in their communication approaches. Neither GAU, nor its representative in the Odesa region are going to cooperate with these groups until clarification of the situation around OdesaPride and official response to it will be provided by certain groups. Because we are talking about self-respect: it's one thing to whisper in the lobby, but quite another – to tell complete nonsense and to lie outright at the official level. It was in that exact moment when young activists (and OdesaPride mainly consists of young activists) fought with the right-wing groups and tried to save the event in spite of pressure from the authorities and the Interior Ministry. 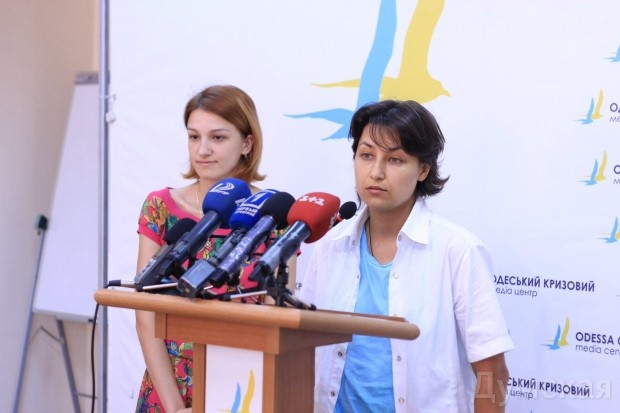 8. And in the conclusion. Dear guys from the organizing committee of OdesaPride, you did a great job! Perhaps now you may not fully appreciate its role in the development of Ukraine and Ukrainian LGBT movement yourself. But you stood up, were not afraid. Maybe there were some small mistakes in this work – but with the conditions given it would be impossible to do without them, right? But you should know the main thing: the first queer festival OdesaPride took place and was successful. Do not be discouraged and start to think about the next one.