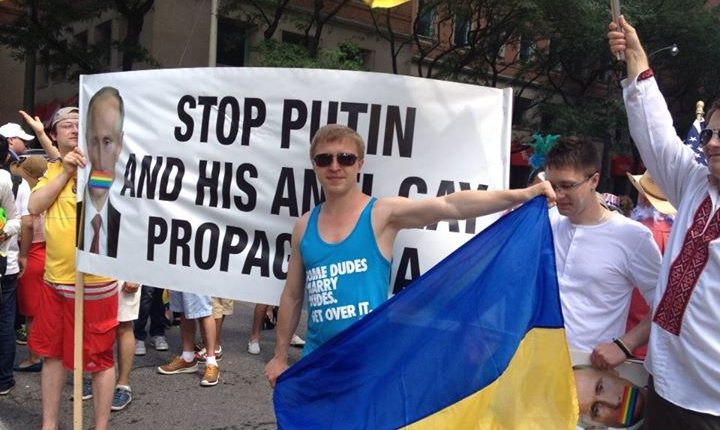 Goodbye: Taras Karasiichuk steps down as CEO of GAU and leaves Ukraine

When I thought, how I should tell all I was going to, I understood at once, that it would not be stated like in a boring press release, for sure. However, maybe it is not professional

I'll get straight to the point. Starting from the middle of September I am no longer CEO of All-Ukrainian Public Organization “Gay Alliance Ukraine”, the resignation letter is submitted to the Chairman of the Board Stanislav Naumenko. The reason is that I cannot perform my duties properly due to my absence from the country.

Another piece of news (for some people it is not a news anymore). My husband and me stay in the United States and start applying for a political asylum. That is briefly. Now little bit poetic. 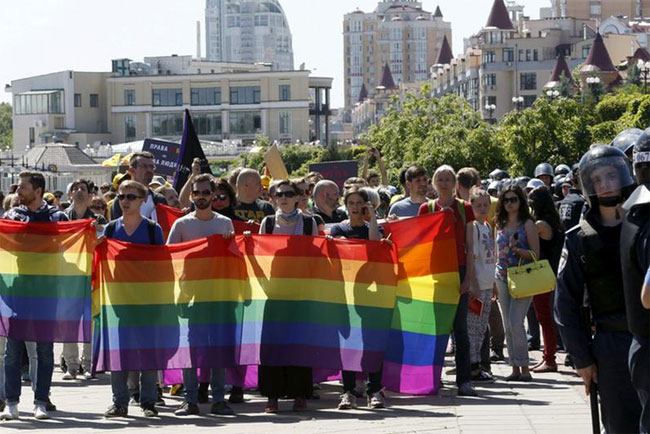 I am so sorry to leave the organization, which is actually like my child. Founding the organization in 2009 and developing it up to now, I became so attached to it. Loving GAU sincerely, I hope that the organization will stand to benefit from the rotation. Soon I will name the person who replaces me. Now the Board and its Chairman play a key role in the organization. I do not abandon the organization, I will assist as much as possible, working as a communication and development consultant. The team of GAU is able and ready to evolve, thereby strengthening the LGBT movement.

Now some words about our personal decision.  A  chain of  recent events  in my life and in the country pushed me finally to the decision to leave Ukraine. Such thoughts ran through my mind already in 2012. I could not always separate personal and professional life (maybe, it is wrong).  I perceived the success and failure of the Ukrainian LGBT movement as my own achievement and fiasco. I remember in 2012, when the march failed, I felt nevertheless, that KyivPride became a bright and significant event for the development of the movement.
The story with beating, a number of attacks and threats were for me in the background. I hid my fears, my numerous fears (for example, I was very much afraid to travel by public transport, to visit open spaces and particularly, public events), understanding that they prevent me from achieving my goal.

Despite everything, even being forced to leave for Lviv for several months, because of safety reasons, and changing the address in Kyiv from time to time, I was fully engaged in the preparation of prides during the years 2013-2015, took part in the launch of very trailblazing projects, for example, our information campaigns. 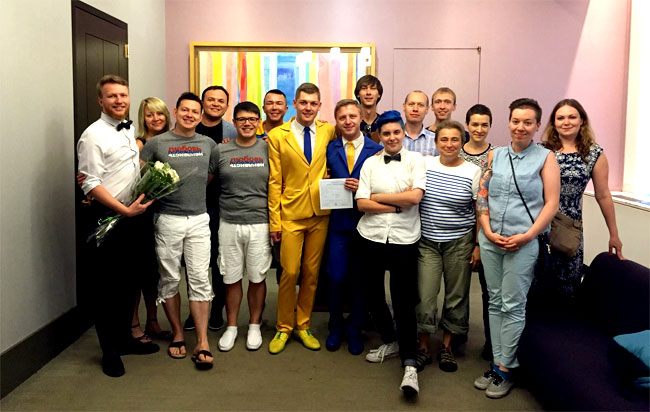 Regularly being threatened, I was terrified at the thought, that Kyiv was not a safe place for me anymore. After the events around KyivPride 2015, after physical intimidations because of the information campaigns, personal threats and finally attempted attack near the office on the 19th of June, I had a crisis. When leaving on a business trip to New York on the 23rd of June, I thought, I would need to sit out, to wait out there for three or four months. I was really afraid, not only for myself, I was concerned about the destiny of my loved one. After our wedding, after a lot of negative and threats to us, we took a decision to ask for political asylum. I cannot live anymore in a constant state of fear for the life of my husband and my own life.
I do not abandon the Ukrainian movement. My dear colleague Svyatoslav Sheremet wrote in one of his comments about the emergence of Ukrainian LGBT movement diaspora. So, I just switch to another level, but I will try to take part in the life of Ukrainian civil society as much as possible.

With deep respect yours,
Taras Karasiichuk

GAU gets a new CEO