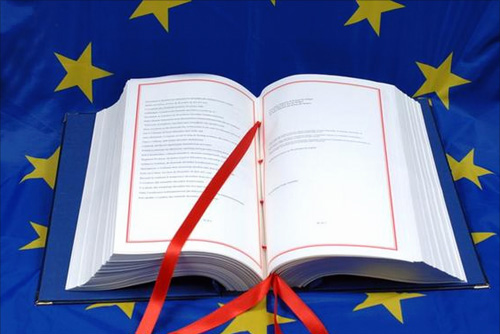 The draft laws related to the situation of the LGBT people in Ukraine has long been the subject of public debates. But during such debates the opponents of equal rights for gay, lesbian, bisexual and transgender people more often guided with the reasoning of moral and ethical values and lean upon the emotions rather than on analysis of the essence of the prospective laws, distorting the evaluation of their possible consequences. Let us try to understand what each of those draft laws has to offer and what their fates seem like to be at the moment.

The Draft Law No.0945 (previously Draft No.8711) "On the Introduction of Changes to Certain Legislative Acts of Ukraine (regarding the protection of the right of children to a safe information environment)"

It was developed by a group of deputies of the Verkhovna Rada of the previous convocation: E. Tsar'kov, Е. Lukyanova, L. Grygorovych, P. Unguryan, Y. Kovalevska and Т. Chornovil. With the Draft Law it is proposed to supplement a series of already existing laws, namely: "On protection of public morals", "On the print media (press) in Ukraine", "On Television and Radio Broadcasting", "On Publishing Industry", with thesis statements on prohibition of so-called "propaganda of homosexuality". And also make changes to Criminal Code of Ukraine in order to criminalize the importation, manufacture and distribution of the products that "promotes homosexuality".

"The spread of homosexuality constitutes a threat to national security", warns explanatory note, in which homosexuality is defined as "moral turpitude", "sexual depravity" and "sexual perversion". Mentioned judgments and terms do not correspond with the modern scientific ideas of homosexuality and they are profoundly offensive. The Draft Law itself violates a number of human rights clauses and openly stigmatizes homosexual citizens of Ukraine. Moreover, the Draft Law does not provide a clear explanation of what should be considered as "propaganda of homosexuality" and what actions should fall under its ban. Consequently, if adopted, it can be applied to any neutral statements on homosexuality, or any work of art, which somehow mention same-sex relationships. Thus the penalty for breaking this law goes up to five years in prison.

Current Status: on May 23rd, 2013 the Verkhovna Rada Committee on Freedom of Speech and Information approved the draft of Decree on withdrawing from consideration of the bill No.0945 as the one that lost its relevance. One of the reasons for such decision was made is that the similar Draft Law already exists and being more preferable.

The Draft Law No.1155 "On the Prohibition of Propaganda of Homosexuality Aimed at Children"

This Draft Law, whose author is Verkhovna Rada deputy Vadym Kolesnichenko, is also allegedly intended to protect children from the harmful influence of "propaganda of homosexuality". By its definition the "propaganda" is any public action on dissemination of the positively-given information on same-sex relations, including demonstrations and actions to protect LGBT rights as well as discussions or special educational courses. All of it, as stated in the bill, "can do harm to physical and psychological health, moral and spiritual development of the child, as well as form misconceptions about the social equivalence of conventional and unconventional sexual relationships, and in the future to influence their choice of sexual orientation". The bill provides administrative and criminal penalties with a fine of up to EUR 2,400 or imprisonment for up to six years for "repeated violations during the following year". At the same time the liability is established for the actions that "may negatively affect". Consequently, they may not affect as well but the liability will be established in any case. The second article of the Draft Law reflects its objectives: ensuring the implementation of the rights and freedoms of a child, protecting the institute of childhood, forming the established views of the younger generations on the institution of the family as a union of a man and a woman and moreover – overcoming the demographic crisis. But it is still unclear how all those objectives can be achieved by applying the described above measures.

Current Status: despite a number of remarks made in the conclusion of the Central Scientific Experts Office of the Verkhovna Rada of Ukraine, the Draft Law is recommended for consideration.

The Draft Law No.2133 "On amendments to some legislative acts (about non-admittance of adoption of Ukrainian citizens by individuals who are in same-sex marriages)"

With the Draft Law it is proposed to provide changes to the Family code of Ukraine and the Law "On protection of childhood", expanding it by the additional positions on prohibiting adoption of the Ukrainian children by foreigners and persons without citizenship, who are in a same-sex marriage, because otherwise the child is taken away its right to have a "normal" family. It looks like the authors of this bill, MPs Igor Miroshnichenko and Alexander Mirny, can't accept homosexual people to be the equal members of the society and that is why they try to "protect" children from them. What is more, neither authors, nor respected experts are disturbed by the fact that the text of this Draft Law consist the statements that homosexuality is being the same as the disability to work and the presence of neuropsychiatric disorders. Accordingly, the adoption of this law will in fact become a legitimization of discrimination on grounds of sexual orientation.

Current Status: the Committee on Judicial Policy recognized the draft law is being based on constitutional and legal principles and by the results of the first reading, it was sent for the further revision.

The Draft Law No.2342 "On the principles for preventing and countering discrimination in Ukraine"

This Draft Law is intended to protect from incitement to national, racial and religious hatred, humiliation of national honor and dignity. Among other things, it also provides prohibition of discrimination on grounds of sexual orientation in the workplace. Just this. But the very fact of introduction into the legislative field the concept of "sexual orientation" causes a severe confrontation of many MPs. At the same time, completion of anti-discrimination legislation of Ukraine is one of the requirements of the European Union to continue the process of visa liberalization, and this document belongs to a package of European integration laws.

Current Status: consideration of the bill is postponed for indefinite period of time; it can be crossed out from the list of EU integration documents to be approved by the Verkhovna Rada of Ukraine

It should be noted that each of these draft laws if adopted can significantly affect the relations between the EU and Ukraine. And since the EU welcomes the improvement of anti-discrimination legislation, homophobic bills were repeatedly subjected to criticism on its behalf.

At the moment there are two important processes between the EU and Ukraine: execution by Ukraine of the Action Plan on visa-free regime with the EU countries and preparation of Ukraine for signing the Association Agreement with the EU. To achieve positive dynamic in each of the process the EU entrusts Ukraine with a number of expectations on the legislation reform and observance of the already existing norms.

The Action Plan on visa liberalization includes a list of 60 requirements, divided into 4 sections: document security, illegal migration including readmission, public order and security, and external relations as well as compliance with the fundamental human rights Ukraine plans to implement this Plan in two steps. The first step will be the adaptation of the Ukrainian legislation to the EU requirements, the second – the implementation of adopted legislation.

The criteria for signing of the Association Agreement are identified due to 19 items relating to improvement of the electoral legislation, resolving the issue of politically motivated sentences, as well as acceleration of the execution of European Court of Human Rights decisions. Beyond that EU expects the number of changes to the other legislative documents, such as to the Criminal Code, the laws "On Prosecutor's Office", "On Police", " On the Judicial System and Status of Judges".

Creating of adequate conditions for persons under the custody and development of the preventive mechanisms against tortures can be distinguished in the next section. The fight against corruption and implementation of constitutional reform in accordance with the international standards still remain relevant. Naturally, the requirements include those aspects directly related to the functioning of the Association: providing the reforms required in order to create a deep and comprehensive free trade area and improving of the business and investment climate.

UPO "GAY ALIANCE UKRAINE" believes that at this point of development of our country it is very important to sign an association with the EU, since this is the issue of the principle choice of Ukraine. We are very disappointed with the way things are going with the bill No.2342, which is currently under the threat of exclusion from the EU integration package of documents. However it is our strong opinion that nor failure to protect LGBT people from discrimination on the legislative level, neither imprisonment of the former prime minister Yulia Tymoshenko should become the cause for refusal to Kyiv in signing of the Association Agreement with the EU.

Fully aware of the importance of the EU integration processes, we are ready to accept today's tactics defeats – for the sake of tomorrow's strategic victory. Signing the agreement and the further liberalization of the visa regime will make Ukraine closer to EU, and the rapprochement of our country and Europe will make Ukraine more receptive to the principles of basic human rights. For us it is the positive dynamics of the European integration process that a guarantee that the human rights and freedoms will be as well available and to LGBT people in the foreseeable future.