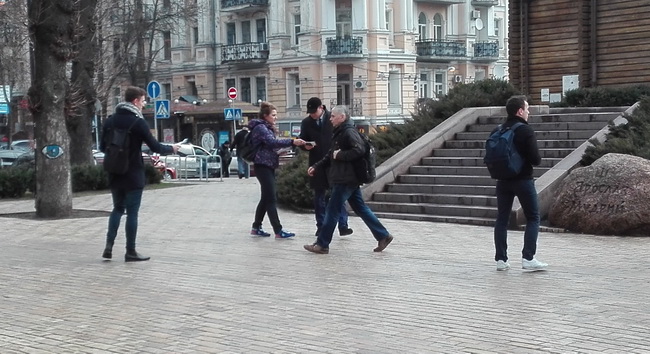 Queer Home Kyiv activists and volunteers organized antidiscrimination campaign. They were handing out leaflets with a gay couple picture and “They have right to grow old together” slogan, inviting passers-by to support non-discrimination principles.

Most of the passers-by were smiling but rather reserved in their response. Some of them openly expressed their support or told that they belonged to LGBT community. Of course there were some eccentric people trying to convince the volunteers that homosexuality “will bring Ukrainian nation to extinction” and “such campaigns are nothing more than propaganda.” At the same time they couldn’t tell how exactly this “propaganda” may influence their own sexual orientation or that of other people seeing the leaflets or a gay couple on the street. 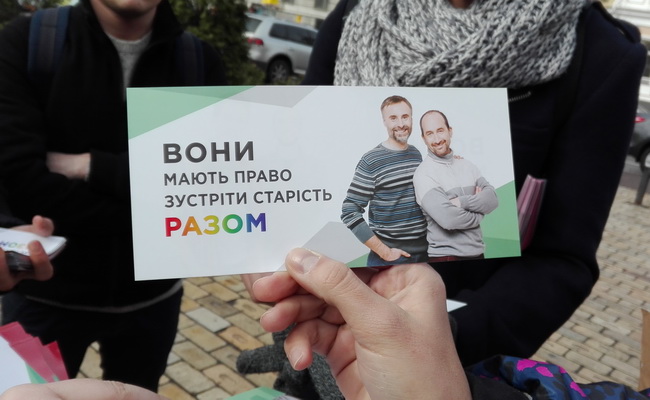 Older people honestly told that the idea of rejecting homosexuals was instilled in them since their childhood and they’re not ready to change this point of view now. “I noticed that people that were ready for discussions today were over 40 years old. They understood our point and reasoning but at the same time told that it’s difficult for them to change this point of view as they were “brought up this way”. It’s rather hard to change the negative attitude towards LGBT that was imposed on them in their childhood. The people’s awareness of sexuality is very low, there is no sexual education as such in our country and consequently it’s difficult for people to look beyond binary idea of male and female, to understand what is gender identity or sexual orientation as components of human sexuality,” gave his comments GAU programming director Yurii Yorsky.

Passers-by were also interested how exactly LGBT are discriminated, asked about civil partnerships that are to be developed and implemented in 2017 and were most of all surprised with civil partnerships being not only for homosexual people but for heterosexuals as well.