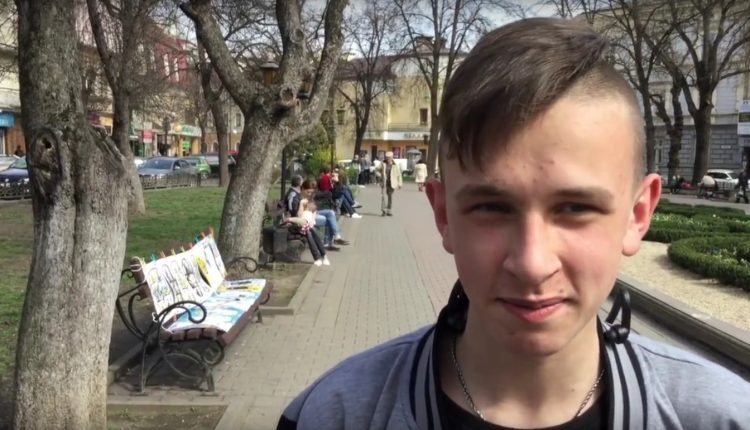 Still from the video
Ukrainian news

Activists of Liga Tolerantnosti (Tolerance League) organization addressed Ivano-Frankivsk citizens asking them to tell on camera their opinion on could a gay be a patriot of their country and also could such person be the Mayor of their city.

Let’s recall that Ivano-Frankivsk Mayor Ruslan Martsynkiv of Svoboda spoke out against abortions and same-sex marriages in Ukraine recently and added that a gay could not be a patriot. He believed that only a Christian could be a patriot, and it made him famous all over Ukraine. Even rewritten Wikipedia article is among his achievements as Ukrainian Wikipedia authors decided to record his famous homophobic utterances.

Read also: Wikimedia Ukraine founder: How can you call a living person homophobe?

Talking about if a gay could be Ivano-Frankivsk Mayor, opinions divided. Part of the passers-by answered that they definitely could as the law didn’t ban homosexuals from holding senior positions and the world knew such examples. “They must have a brain and it doesn’t matter whether they are gay or not,” one of the Ivano-Frankivsk women pointed out.

At the same time the idea of having homosexual person as the Mayor seemed absurd to some of the citizens. “In a hundred years, maybe,” one of young men told. “Now the most people are against.”