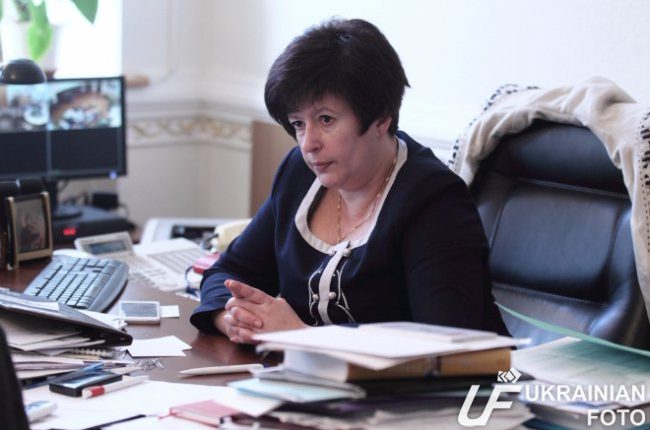 The Ombudsman Valeriia Lutkovska believes that it is the police who should be blamed for the failure of the Equality Festival on March 19 in Lviv. She told about it and her attitude to the situation with the crimes motivated by hatred in the interview with Ukrainian news (ru).

“Indeed, the picture is mixed. And it is mixed from different perspectives. To begin with, we have been talking since 2012 that Ukraine needs to have legislation, which would regulate the peaceful assembly. While the article 39 of the Ukrainian Constitution provides for some special aspects of holding a peaceful assembly in Ukraine, there is no any mechanism, which would clarify the roles and responsibilities in holding peaceful assemblies, says the Ombudsman. — “The European Court of Human Rights has consistently pointed it.” Lutkovska compares the decision to ban the LGBT quest to the court decisions under Viktor Yanukovych. “The absence of legislation doesn’t result only in the absence of the mechanism to realize a constitutional right. It results also in the courts, who allow banning, what concern the public at large, a specific time and place. This court decision is practically the same as was the case during the presidency of Yanukovych!“

The Ombudsman reminds Ukraine has undertaken the obligations regarding the equality and freedom of peaceful assembly. “If a person, a group of persons or an organization said they would like to assemble peacefully, the state has a positive obligation to facilitate the full realization of this right”, she underlines. “I counted on the assistance of the National police, but it turned to the court, arguing that they couldn’t fulfil their obligations. I think, the law enforcement agency admitting defeat to protect the rights in such a way, doesn’t do right”, adds Lutkovska.

Read also:  “It’s horrible”: the response of the functionaries to the events in Lviv

Answering the question whether the situation with LGBT rights protection worsened in Ukraine, the Ombudsman noted, “I am putting the issue in broad perspective. Today, we have in Ukraine problems with implementation of the anti-discrimination legislation. It is not only about sexual minorities. It is also about ageism (discrimination against individuals based on their age, — editor’s note) in employment, gender equality, infringement of the rights of the disabled persons. It is about the criminal proceedings, which relate to racial discrimination, but classified solely as hooliganism.”

The problem is largely in the reluctance of the law enforcement to classify the hate crimes adequately, says Lutkovska. “In some cases, we succeed to overcome this system, to persuade the law enforcement officers to re-characterize the charge. Unfortunately, we don’t always manage it. It is about a further training. We try to challenge it. We conduct trainings.”

As we have already written, the National police reported only nine homophobic hate crimes for 2015 (however, in eight cases the motive of homophobia is indicated as probable). The total number of the hate crimes documented in 2015 is over 60. Regarding the Equality Festival, they continue to accuse the organizers and participants of the provocation, despite the fact that a peaceful and closed-door event was attacked by aggressive persons.

REFERANCE. Valeriia Lutkovska was appointed Ukrainian Parliamentary Commissioner for Human Rights in 2012 on the proposal of the Party of Regions. Her term of office expires in April 2017. Mass media have repeatedly criticized the work of the current Ombudsman, telling that she doesn’t do enough to protect human rights. However, Lutkovska has managed to retain her office, successfully getting through the Maidan, power shift and lustration.