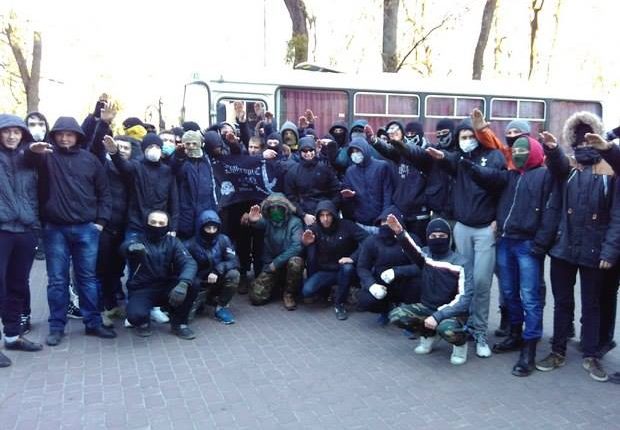 After the news came of the Equality Festival taking place on March 19-20 in Lviv, promoting public dialogue about human rights and non-discrimination in terms of art all kinds of homophobic people ganged up on the festival, starting with nationalist radicals and ending with the church representative’s. LGBT quest planned for March 19 caused peculiar indignation.

Read also: The Equality Festival: about the terrible word “quest” and “orcs” in ski masks (ru)

The event was called “gay parade” and “provocation” few days before the start and the city authorities were demanded to ban it because of Great Lent, Russian aggression in the eastern part of the country and the opponents of the festival generally believing that “perverts don’t belong to the cultural capital of our country.”

Lviv city authorities were also against LGBT quest referring to “considerable public outrage” and “security assurance for citizens and guests of the city”.

On March 18 Lviv hotel that the rooms for participants were booked in denied check-in to them giving as reasons that they are “perverts” and “spoil the image of the city”. Besides, according to the hotel representatives, there was a corresponding instruction of city authorities.

Later Lviv county administrative court forbade the activists to have any events on the square in front of Opera house (Svobody avenue) on March 19. The court sustained the claim of Lviv city council to ban LGBT quest that was applied on March 18 due to the request of the police and security measures because of “applications from different organizations” about having their meetings at the same time in the same place.

After this the Equality Festival organizers had to cancel all events planned to be held on March 19-20 in Lviv.

Yet the radicals were not satisfied with this and had their “safari” for the LGBT community members. “Patrols” were walking through the streets of Lviv stopping and “checking” those who to their mind looked suspicious. Come citizens and guests of the city were attacked by the radicals. How many people were injured is currently unknown.

Eurooptimists criticized inactivity of the police and Lviv authorities