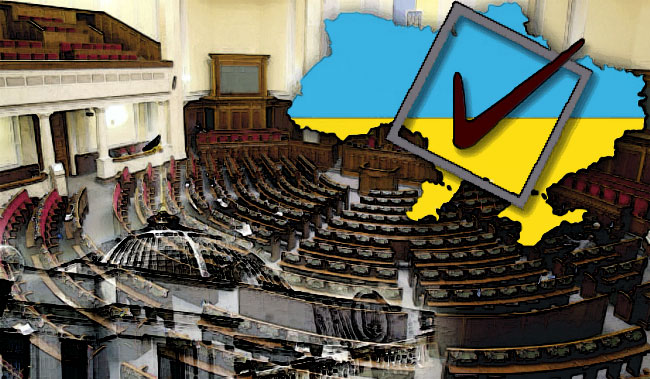 An interesting time came once again to Ukraine. On the background of prolonged war in the East the parliamentary elections approach. The previous Rada was absolutely reasonably disbanded by President, and the people stiffened in anticipation. Waiting for appearance of the new, the most democratic, the most pro-European and progressive supreme legislative body of the country. New faces, new parties, new creative approaches of PR in the election rally…

And waiting for illumination Ukrainian homosexuals also stiffened along with everyone else. Community of Ukrainian LGBT leaders is full of hopes. But indeed we want to believe that everyone finally realized: homophobia was imposed on our state from the outside by Russian marionettes like Kolesnichenko, Zhuravsky, Tsarev or Kuharchuk. We want to believe that the modern European civilization, aspiration to which now Ukraine declares by signing associations and moving towards liberalization of the visa regime, is based on human rights, observance of which involves unacceptability of discrimination of any types. Including based on sexual orientation. And that anyway Ukraine will have to regulate the issue of equal opportunities for LGBT people at the legislative level. Well, we want to believe that at least pro-European political forces realize the importance of an open dialogue with civil society and NGOs.

UPO "Gay Alliance Ukraine" (GAU), being namely such an organization and working in the interests of LGBT people can not stand aside. We were sitting together and thinking and than decided that the official position towards homosexuals and transgender people should be voiced by the political forces. And their openness for a dialogue is very important for us as for any other equally valued citizens of Ukraine. We actually need to know what position – and if there is a position – do the racing political parties have on the LGBT issues. Why not? Why not at least to try to figure it out among leaders aspiring to the Rada, by asking the question directly?

And it is not a provocation, as now probably many will start screaming about. We are as voters considering ourselves equal members of a society interested in one of the most urgent for us issues: is there a place for us in our own country (and what kind of place is it) according to the politicians.

Just as well, women organizations can ask whether there is going to be an increase in quota for women in government; teachers unions can ask how it is planned to motivate young teachers to work in the rural areas. And the community of people living with HIV can try to find out whether the politicians is going to implement hundred percent coverage of expenses for anti-retroviral therapy from the state budget.

That is what we want – to clarify what exactly our political forces, rushing into Parliament, think to do about discrimination, in particular – based on sexual orientation and gender identity. Because they have to represent our interests in the Verkhovna Rada as well.

On this occasion our beloved online resource Upogau.org together with the communication department of UPO "Gay-Alliance Ukraine" has planned one exciting project. We have sent a standard letter of inquiry to the leaders of almost all the political parties going to participate in the elections. We are interested in two matters. The first: what the potential MPs think about prohibiting of discrimination against gays and lesbians on the legislative level. And second: are they generally ready for any dialogue with representatives of the LGBT community?

Well, we've sent the letters and now sitting here waiting for replies. With obvious curiosity. Is there enough courage in our political elite to start a conversation, and more or less intelligibly answer the questions? If I understand it correctly, according to our legislation they are obliged to reply. Especially considering the fact that we have prepared and sent the letters in the highly official manner.

I, your humble servant, Larson Sobieski, promise to inform you how the dialogue with the future MPs has been progressing. After all I would really like to understand how European their aspirations are and whether human rights is a deliberate choice of our political elites, or once again – no more than an empty sound?