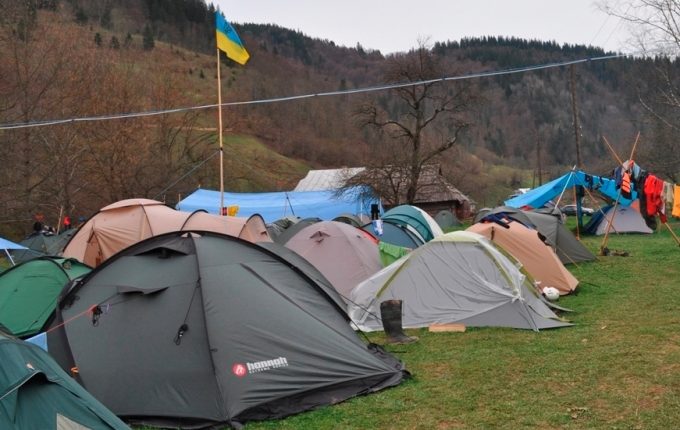 Fake news are spreading through the social media about a children's camp of "Gay Alliance Ukraine", where allegedly young minds are being instilled with "proper" gay-ideas on European integration", preparing them for foreign pedophiles.

"Ukrainian patriotic children's camp leads Google's search for gay sex tours", – reports "People's Correspondent" with a reference to LJ of some Mikhail On, and who in fact "revealed all the truth" about this lair of debauchery. Hot "news" quickly spread through social networks, where members of numerous support groups of the "Russian world" are already in full swing discussing  the horrors of "gayropean childhood".

"Some Ukrainian organization UPO (not UPA – Ukrainian Insurgent Army, but close) acted as the organizer of a very "interesting" proposal: "boys and girls" (precisely boys and girls) were offered to go to a free patriotic camp in the Carpathian Mountains, near the Cheremosh river", – claims blogger who runs the "hoax" about the children's camp by UPO "Gay Alliance Ukraine".

According to his words, conditions in the camp under fluttering yellow-and-blue flag far from bad – a recreation in the best traditions of the Soviet Union: nature, high quality camping tents, workouts, hiking, rafting, meals by the fire, educational programs and fun games during spare time. "But that is not all: fans of comfort will be able (to visit – Editor's note) shower and sauna located nearby", – he adds.

The author of "the investigation" is confident that it will be very difficult to refuse "practicing gay principles" in such conditions when the Camp Counselor is on your back. " Now multiply it by peer pressure of gay oriented peers, as well as add the fact that it happens in the Carpathian wilderness. Scream or not no one will probably hear you, except for the gay camp and teaching staff…" – he concludes.

But the major horror of the situation, according to the internet trolls, lies in the fact that the camp has already became popular among foreign pedophiles, especially whom the tours are being organized for. "Children(!) patriotic camp became one of the Top30(!) most popular Ukrainian websites in English language about gay sex tours. (if you are in the Western Europe  enter into Google the combination of "gay sex tour ukraine" or "gay tourism ukraine" and you will be able to see it yourself.) "- assures "the informant".

It should be noted that in the beginning of June UPO "Gay Alliance Ukraine" indeed organized six-day-camp, which was based on the riverbank of the Black Cheremosh in a picturesque corner of the Carpathian Mountains. However, it was intended for adult LGBT activists only, not for children, as evidenced by a detailed report on the event, which can be read here. It is clear that precisely this information served as the basis to create a "hoax".