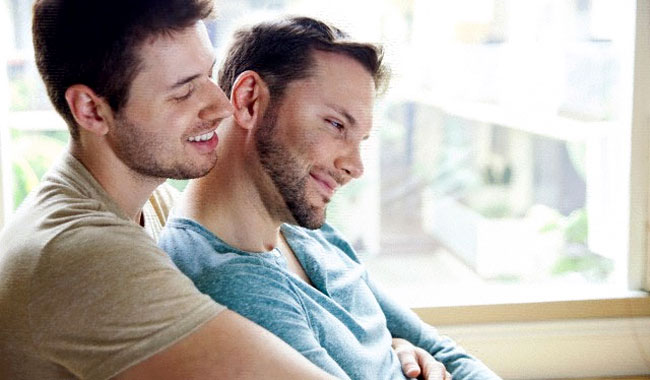 I am a supporter of a gay family in the most conservative meaning of the word. A family, as a closed social unit. A family, where spouses are committed to each other and become the closest relatives. A family, where partners are best friends, psychotherapists and crying shoulders at the same time. A family, they are ready to tear apart from their parents for in order to create their own family hearth. In other words, the most traditional ideas of the family are well matched with my vision of such a union of two persons.

And in addition to internal interaction, a family also necessarily implies the external component. That's when your relatives are aware of your family relations. It's not that they should approve them, or support your union, but at least they are aware of it.

A family is when your co-workers, your friends and neighbors perceive you as a family. And it's also not that they are necessarily enthusiastic about it. It is important that you are distinguished as a social unit, this famous "cell of society". That you are viewed not like just friends who rent a flat together, and not just as roommates or simply co-workers, but as two people who love each other.

Simple analogy: when a heterosexual couple moves into an apartment nearby it does not even cross their minds to report to concierge, house manager or neighbors on the landing about the status of their relationships – who are this man and this woman to each other. Whether this woman is a sister, a friend or just a co-worker of this man.

Although, of course, such things happens even in our country (in the United States or Europe, or, for example, in Israel renting an apartment together with different sex friends is a common practice, as their relationship is nobody's business to the extent that this question never asked by anybody at all).

In a heterosexual couple nobody presents a wife or a bride to parents as fellow student or colleague. And this is very important because the official positioning of a family in the society creates a certain marker for such union. Roughly speaking, the society clearly distinguishes where a family is and where cohabitation of a certain form is.

External family identification is very important since it makes your union suitable for building more global formations, such as societies and nations. Being called a family people declare that they have become a building block of totally definite, understandable to other people form. And this building block without fail will find its place within the walls of the nation built – along with the other blocks. A family is an ordered form of social organization with particular internal and external standards. If the union does not meet these standards – it can not be called a family.

Being in a family relations partners receive a lot of advantages: state support, a sense of their own place in society and social. From the perspective of Ukrainian reality my reasoning is quite utopian, because in the foreseeable future in our country nobody is going to recognize a homosexual couple as a family. But over the hill, whether it's high or not, these have been happening for many years. The world is changing just before our very eyes, thus my reasoning is based on concrete examples, not just on the dreams and aspirations.

Society has been build for thousands of years and during all these years the structure of the modern humanity has been drawn along. Each person with their mother's milk absorbs certain standards and laws of existence. Including the fact that it is safe and comfortable to live in a family, therefore it's been written somewhere at the back of our mind that such form of existence is the most natural.

You can certainly argue whether it's good or bad – there are many opinions regarding this matter. Some people believe that a family model became outdated, other think that it is too patriarchal and has nothing to do with the gay community. But this article is not about that. I've just tried to analyze why the opportunity to enter into gay marriage is so important. Herewith I'm not forcing up the marriage itself: you needn't do it if you don't want to. It's important that everyone has this right, but it's up to every and each person to use it or not.

Because of the inability to marry many gays and lesbians can not be fully self-actualized, considering themselves inferior members of society. By agreeing to compromise on same-sex marriage, we agree with the fact that LGBT people are not-the-same-quality-people and their rights and opportunities may be limited because of the "unnaturalness" of their relations.

And one more thing: don't fool yourself calling a family your relations with a partner in Ukraine, because your union is not recognized by the state. The other options of partnership and cohabitation can be called whatever you like, but not a family – even if you consider yourselves as one. You can be super close, your parents, relatives and colleagues may know about your relationships, but that's not enough, because you are not recognized by the state. And if the state does not recognize you – it does not accept your union, considering it is defective formation, which the rest of people should be nauseous of. The society simply prevents us from being normal. And will not give us such opportunity until we take it ourselves.

Of course you might be satisfied with half-measures and status of half-human-being. And perhaps you, my dear reader, can agree with such a status. But I can not. Because the sense of being fully fledged person is the most important sense in my world.

Outcomes of the First lesbian-feminist school