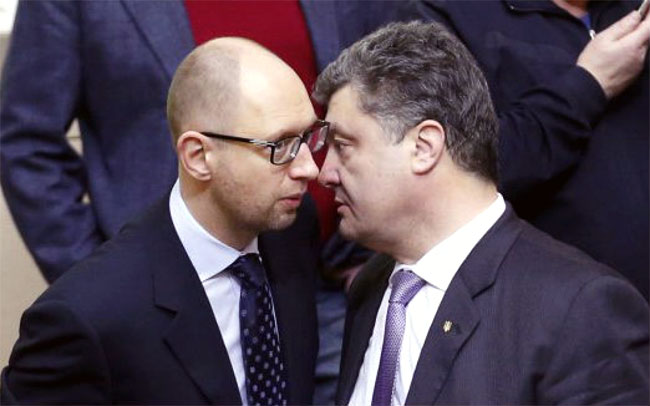 The way it happens, or Bizarre political scenery

One time I had a chance to sit at the same table at lunch during the conference with my colleagues from Poland and Lithuania. They were actively discussing political situation in their countries, time after time mentioning either Social Democrats, or Conservatives, or Liberals. Naturally, our conversation eventually concerned Ukraine: and our colleagues got interested in how it happened in here? Is LGBT movement being supported by left-wing forces and liberal parties in your country?

And what should I have answered, I wonder?

Let's start with the fact that development, which hardly performs certain regulatory functions in Ukraine, is unlikely to be called "a system". Moreover – it's hard to tell about ideological coloring of those political movements that move it here. Obviously, there are some politological laws in our country issuing completely new concepts such as oligarchic communism, homophobic socialism, Orthodox-communist coalition, traditionalist liberalism and other pearls.

Often the ideology in Ukrainian politics basically is never a cornerstone. Here, everything spins around the redistribution of property and gaining access to decision-making processes. Accordingly, if you need to write into the party program commitment to the idea of human rights – it will be written there without a twinge of conscience, because it could offer prospects of gaining support from some European structures. But at the same time political force, in order to lick Church's ass, in the same programme documents will indicate that the greatest value for it is the orthodox moral. To this same program it is possible to add the fight against gender discrimination and personal freedom. As the result we often receive a weird mix under a quite decent name.

And what should I have said about bearers of our political identity? There is in general darkness. Either they themselves do not fully understand what they have actually written in their political programs, or there is total chaos in their minds. Like, for example, the mayor of our capital, who on the one hand stands for human rights, and on the other – does not support the LGBT movement and the idea of gay rights, according to his own words and actions.

It would be quite interesting to briefly analyze our political parties and party units, which entered parliament, on their declaratory ideological coloration.

Thus, the Petro Poroshenko Party Unit professes liberal conservatism and Euro-Atlanticism and Klitschko's UDAR party appears to be the center-right power. Something like that, amorphous, from the category of "neither ours nor yours". Since the liberal conservatism is a moderately right movement professing a liberal view of morality, social characteristics and economy, then together along with the UDAR, the party unit with the highest number of votes in the parliamentary elections, is a center-right union with a gentle touch of liberalism.

Going further. "Front zmin" (the Front of changes). Ideologically, they are liberals.  "The Self-help Party Unit" (Samopomich), according to program documents, is committed to both liberal and Christian democracy. Whereas "Batkivschyna" (Motherland) seems to be committed to conservatism. Both "The Opposition Unit" and "the Solidarity" are ideologically is inherent in centrism. In "the Radical Party of Oleh Lyashko" prevails populism and nationalism. "Svoboda" (Freedom), which has not passed into the parliament based on party lists, but wormed its way by majoritarian lists belongs to the far-right parties.

If we lived in a normal country, then we would have had a center-right parliament with a kind of opposition (in  form of "Batkivschyna", the Radical Party and "Svoboda") to relatively liberal majority, consisting of "Spravedlyvist" (Justice), UDAR, "Samopomich" and "Front zmin". There would be not even a hint of left-wing parties in this convocation of Rada.

And so, once again: if we lived in a normal country, then in such situation to promote human rights there would exist if not rainbow, then at least very good prospects. But since we live in a country where the laws of political science work somehow differently, we can now only wonder how the parliament will actually function. And we should wait for how many times the liberal "Front zmin" would call upon protection of Orthodox values from tribunes. After all, we all live in Ukraine, the country where Oksana Bilozir can be appointed the Minister of Culture position despite of her previous advents in the far gone years 2004-2005. Well, let's stock up some popcorn, my friends!

In Kyiv identified the winner of the contest Mr. IDOL-2014