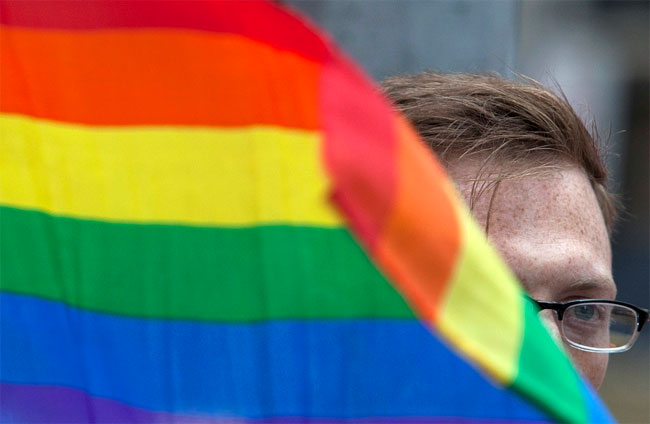 Yesterday extremely unpleasant news fell upon me: a draft law on the National Strategy on Human Rights, which was prepared by the Ministry of Justice of Ukraine, has not included recommendations of the LGBT organizations. The most important document that up to the year of 2020 will regulate among other things the issues of non-discrimination for our country never mentions gay, lesbian, bisexual and transgender people as a about social group requiring special attention in this regard.

What has just happened is with no doubt an advocacy defeat of the LGBT movement.

I won’t speak long of what the advocacy is about, since I have already written about this for many times before. Briefly speaking, advocacy – is a complex of activities that allows to achieve positive changes for the group on whose behalf they are being carried out. At the higher levels – ministries, government, parliament, etc.

For example, in order to legalize same-sex marriage in Ukraine, the advocacy campaign is needed. The key objectives of such campaign are analyzing international experience and current situation in the country, developing the draft law with its further registration in the Verkhovna Rada, as well as lobbying and promoting of this document.

The advocacy process is difficult, often jewelry work. For its successful performance a lot of factors are required: political context, allies, expertise, and access to decision makers. The most unpleasant thing about advocacy is that it is completely devoided of ideological (in its pure form) background. That is, from a formal point of view, it is certainly present; however, within the process itself, it’s all about the mere cold calculations. Decision makers, are generally deprived of any sentimentality and is commonly act on the principle of "why do I need this?" And believe me, that arguments like "let's make the mankind better!" in this case do not work at all.

The inscription on the picture says: “LGBT rights = Human rights”.

Let’s come back to the same-sex marriages. In this case an example of the pragmatic approach to an understanding of the advocacy perspectives might look as follows.
In order to register a draft law in the parliament a subject of the legislative initiative is required– either a MP, or one of the ministries. Let’s talk about a MP. Before this person is ready to dare to register such a document, they have to understand for what reason it has to be done and how related inevitable risks and image losses can be neutralized. Persuasive speeches of the category “to improve the quality of life of the LGBT community” would not be sufficient. It is important for a lawmaker to understand what are they going to tell their colleagues from the fraction, as well as their voters on which they directly depend. The MP has to think of how to explain why he or she took up such a controversial issue in terms of the modern Ukrainian reality. Because if the MPs fail to justify their position, they put themselves at risk of being flushed down into the political toilet. That is why they need to either focus on LGBT as their potential voters, or to fulfillment of some international obligations, or public opinion, or even on something else. The reason why they do it should be quite significant.

I am not surprised with a fact that Ukrainian attempts to make advocacy crash. For our current politicians exist only some kind of minimum of decency thanks to which they can keep their "face" before Europe – for example, not to adopt the law on "homopropaganda". Actually, that’s all.

Our arguments in general often focus exclusively on international obligations, like in the case with ensuring the principle of non-discrimination for LGBT people at the legislative level. We simply forget about the internal factors, as well as about the fact that about 80% of the Ukrainian population is quite homophobic. We also do not remember that even potential allies of the LGBT movement both in Parliament and in the civil sector do not understand LGBT people. In fact that often with their antics and simulation of the national advocacy we reserve the image of scandalous characters, who can poorly maintain the contact with the reality.

In advocacy the method of “I am here at my armoured motor car with a sabre” is not effective. Of course, this is not about mass meetings, which are able to develop into a revolution. Even only because in the case it is impossible in the current Ukrainian reality. The main thing in the national advocacy is the mutually beneficial cooperation without any extra special effects. At this stage of life, unfortunately, it is as follows.

Nevertheless, the prospects for Ukraine at the moment are quite good. The fact that the principle of doing something in order to get " package of buckwheat" is not so popular anymore, makes it possible to reach the ordinary people in the street so that they could start to think, analyze, and – most importantly – to respect themselves.

We need to conduct a long and highly professional work to introduce LGBT issues in the overall context, arguing that harassment of any group creates tension in society leading to postponing the moment of formation in Ukraine of free open society in which it is comfortable to live for everyone. And this is the type of educational work we should involve into as much friends and partners as possible in order to change common reality for all of us acting as a united front.