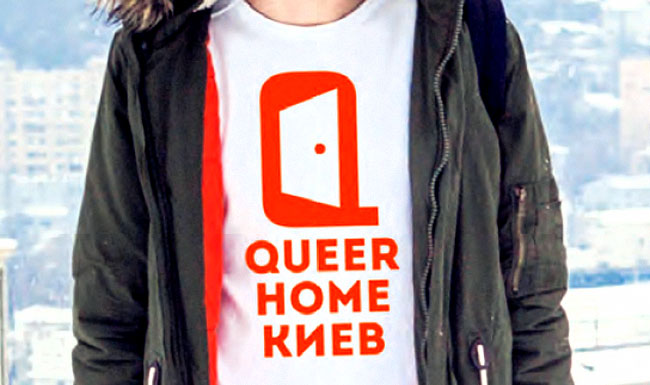 In this article I would like to share with our readers the pride of UPO "Gay Alliance Ukraine". It's been already for two years since we started to implement the programme on the development of Ukrainian LGBT movement Queer Home.

Since April 2014 and up for today this programme has been working in Kyiv, Odesa, Zhytomyr and Kryvyi Rih. Since May 2015 the programme has expanded and now three new regions joined our family – Kharkiv, Zaporizhzhya and Vinnytsia.

What is the main essence of the project? The key purpose of our activities within this direction is to strengthen the national movement of gays, lesbians, bisexuals and transgender people through the development of local initiatives. At some point we realized that without support from the community and with no new activists and volunteers the Ukrainian LGBT movement will be doomed.

In a battle evolved today between the ideas of "traditionalists against liberals", "human rights against the concept of family values" in the very retrograde its understanding we must have significant potential so the idea of equality has also found its support in the LGBT community.

Generally speaking this struggle is carried out to get adherents among ordinary inhabitants, who either do not have their own point of view, or it is based not on belief, but rather on superficial stereotypes. Our opponents are much better organized and understandable to people: they speak about what has been a public norm for many centuries. But our advantage is that we tell about positive changes and improvement the quality of life for everyone.

We offer such model of the society where respect for the individual is the first priority. We underline that by protecting human rights for LGBT people we are launching such transformations in the public consciousness, after which not only we would feel ourselves better, more confident and more freely, but also the others.

We have vivid examples of "traditionalist" societies of the Arabian world and Eastern Europe, and there are examples of liberal Western Europe. We are talking about the ability of society to accept gays and lesbians as an indicator in determining that the society respects the right of every citizen to self-determination. And the attitude to LGBT people – is just the tip of the iceberg.

Our ideas are certainly more humane, but our voice is often lost. LGBT movement in Ukraine is quite weak, although a lot depends on it since it is a mouthpiece for the inhabitant, however paradoxical this statement may seem. The stronger the movement, the more good ideas we will be able to convey to the society.
What is the key power of the movement? Undoubtedly it lies in the quality of what's been done, in priorities it is based on and in values it believes in. It includes potential in expertise. It is about the number of activists and to what extent they are being involved in all the processes. It is support from the entire community of gays and lesbians. And finally, it is the number of our partners and friends, representing the broader civil society field.

The work under Queer Home model made some kind of a revolution in heretofore habitual formats of providing services to LGBT community. We began to focus not on external indicators and tasks, but rather on the internal needs. We allowed ourselves to be mobilized not in order to create a group of implementers of, for example, prevention projects, but rather in order to become stronger ourselves.

Within the framework of this programme we get in touch with the "ordinary" gays and lesbians and we tell them in plain language what is most relevant to the community. We engage them to the events we organize and which are in the first place are the most important to them personally. We raise their political consciousness and try to motivate them for social activities, because in that way they can address their own issues. We do not consider them as clients who came to get services and do not treat them that way. Instead we together with them create a space of new opportunities.

We support and help young activists involving them into our work and their own project activities. Besides, under the work of Queer Home we establish contacts with most diverse groups of people, thereby creating bridges between different parts of our society. In particular, we involve friendly heterosexuals in the process. In addition, we associate ourselves with all LGBT-related groups, because we believe that there are much more similarities than differences in our political struggle.

The results of the first year of work exceeded all our expectations. About a thousand new interested in the process representatives of the community, several dozen young activists who are already participating in the actions both at the national and local levels. We have chosen the right path for our development, and are looking forward to new fruits of this unique programme.