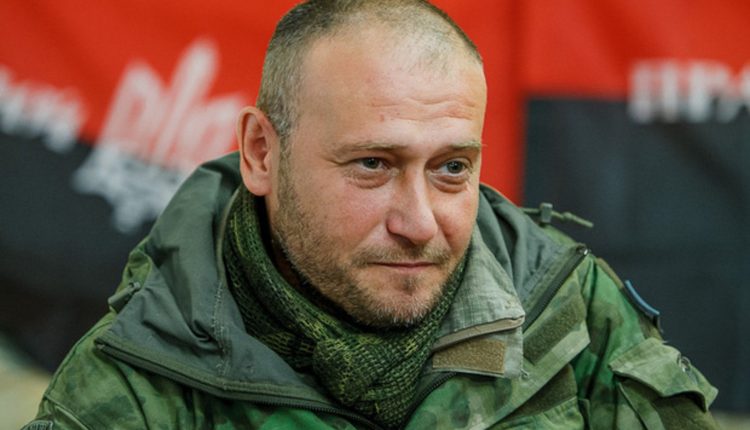 Leader of Ukrainian far-right movement "Right Sector" Dmytro Yarosh lashed out with critics at the organizers of the Equality March in Kyiv scheduled on June 6, 2015. It was reported by Radio Svoboda.

In a message posted at the personal facebook page of Yarosh stated that "in time of war with Moscow, he's been the least concerned of people with deviations in the sexual sphere", and as a Christian he "just feels pit" for these people. However he has serious complaints towards LGBT organizations, which are going to conduct their "mini-gay-parade", as Yarosh called the Equality March.


The inscription on the picture says: "Dmytro Yarosh. Drohobych State Pedagogical University named after Ivan Franko. 8 mutual friends. 19:00 Subscribed "RIGHT SECTOR" ON PROTECTION OF THE TRUTH AND FAMILY VALUES. Right now, in time of war with Moscow, I've been the least concerned of people with deviations in the sexual sphere. Being a Christian and a human being I feel pity for them, nothing more. However, in our turbulent times I can not ignore how obstinately Ukrainian society has been enforced the IDEOLOGY of sexual perversions and destruction of the family institution. At the time when our society should gather together united in fighting against Moscow aggression, such organizations… (More) 1942 Like, 4 comments, 685 reposted. Like. Comment. Share."

"LGBT organizations usually position themselves as defenders of the "innocent victims", suffering from "homophobia". But in fact they confess extremely aggressive ideology that does not tolerate any dissent", – told Yarosh.

"The representatives of the military and political movement "Right Sector" will be forced to be distracted from other things in order to prevent realization of the plans by family heaters, morals breakers and destroyers of morals and traditional concepts of a human. We have more than plenty to do, but the circumstances make us to draw our close attention to this evil", – noted the leader of the "Right Sector".

He also blamed the West of being involved in organizing the disturbing actions: "In addition to funding for the relevant organizations and programmes, the West carries out serious pressure on the present Kyiv authorities in order to force them to introduce the ideology of LGBT people".

"The war with Russia demonstrated that we should seek an alliance first of all with our neighbors in the region of Central and Eastern Europe – with Poland, Romania, the Baltic countries. And the slavish worship of the colossus on clay legs – the European Union in general – will bring us no good", – added the politician.

The representatives of the "Right Sector" on Tuesday appealed to the Kievan governor Vitali Klitschko to cancel LGBT action.

On Thursday Klitschko himself appealed to the organizers of the Equality March asking hem to postpone the action "until the war in the east of Ukraine is over".

A spokesman of the "Right Sector" Artem Skoropadsky said in a commentary for the Ukrainian service of BBC that many fighters of the "Right Sector" are now in the zone of conflict in Donbass and will not go to Kyiv especially to thwart the Equality March. Though, according to him, there are a lot of other participants of the movement in the capital.

Also Skoropadsky speculated that besides the "Right Sector" members of other right-wing organizations, in particular the battalion "OUN", regiment "Azov", movement "Svoboda", will act against the Equality March in Kyiv.

At the same time the representatives of the human rights organization Amnesty International, on the contrary, encouraged the authorities to ensure the safety of all the participants of the march.

At the "Right Sector" added that they highly evaluate the work of human rights organizations, such as Amnesty International, especially their activities during the regime of Viktor Yanukovych, however they strongly disagree with their position regarding the LGBT.

Related material: Appeal to the "Right Sector": let's have more spiritual scrapie, it works so well with our neighbors!