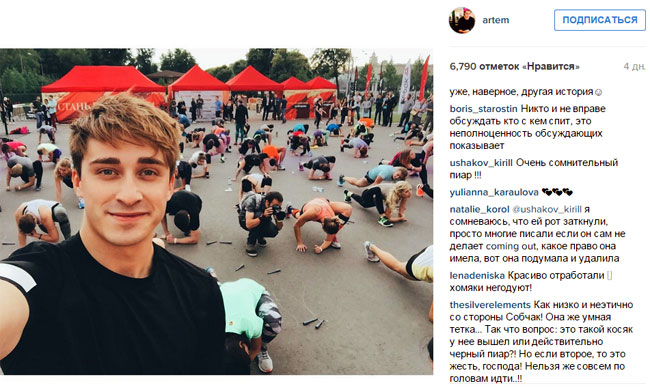 Only the lazy one has not written recently about "outing", being done by Kseniya Sobchak to her colleague and anchorman Artem Korolev, has not reposted the explanations of the journalist, has not been fascinated by the post of openly gay Anton Krasovsky and has not had kitchen table discussions about the ethical aspects of outing as a way to fight for the rights of homosexual people. I also would like to talk about ethics, hypocrisy, outing and a little bit about the peculiarities of our dear independent homeland with reference to the above mentioned.

Well, some small information to begin with. The outing is a public disclosure of a person's sexual orientation or gender  identity without his or her consent.

The outing traces its history back to the first half of the 20th century when Adolf Brand  fought a discrimination campaign against gay men in Germany. He outed homosexual orientation of Bernhard von Bülow who had served as Chancellor of the German Empire at the time. However, the court did not consider the words of the journalist Brand as a good valid argument. The speech of Chancellor who denied everything was more significant and the journalist ended up being thrown into prison for libel.

The next wave of outings started with an active campaign for the rights of the gay men. Then the "victims" were one of the most homophobic American senators Mark Hatfield (it did not impact his career much, by the way),  the Bishop of London David Home and the Bishop of Durham Antony Turnbull who opposed the ordination of the openly homosexuals to the priesthood.

The Congressman Mark Foley, known for his homophobic statements had to resign as late as in the beginning of the 21st century due to the outing, being so homophobic he turned to molest his male subordinates. In the history there was a vivid example of a real victim of the outing. A man being forced out of closet was neither a bastard, nor a hypocrite, did not clamour against the gays. During one of his appearances the legendary Harvey Milk held up as an example a closeted gay Oliver Sipple, a Vietnam War veteran and national hero who saved the life of US President Gerald Ford during an assassination attempt. "We are the same just as you are, there are heroes among us", told Milk only with noble intent. But as a result Sipple was cursed by his family, got depressed, lost oneself into drinking and died at the age of 47.

Nowadays, outing works if there are any proofs, otherwise it weighs as much as the message "Vika is …. violet" scratched on a wall in an elevator.

For example, the video in which one well- known populist politician reveals some intimate details of his career is outing.

The statement of Sobchak about Korolev full of hypocritical pity is "Vika is …. violet". However, numerous posts of the journalists, commenting the relevations of Kseniya suddenly add the meaning and weight to the "violet" on the wall of the elevator. However, it is not a question.

The question is whether it is permissible to play a dirty trick on a mean person even for the best of reasons? "Of course, some people say, – closeted homosexuals promoting and creating homophobic laws deserve it. It is not a meanness. It is to reveal the truth. That's it, why same-sex marriages are now legalized in the United States".

And they will be right.

"Meanness is always meanness, whatever the reasons, tell the others. Advocating for the right of privacy we can not deny them the same right. Coming out of the closet must be a voluntary issue, always".

And they will be right.

"How is that? Both can not be right", you will exclaim.

And you will be right.

Rightness is a very subjective judgement.  However, hypocrisy is not so much. 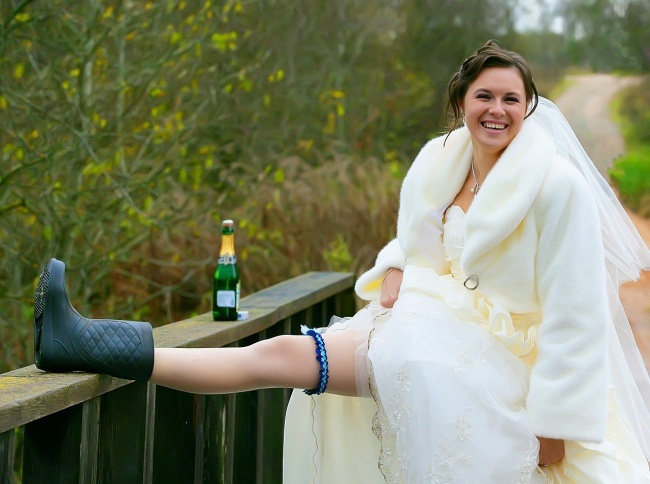 Hypocrisy is to say "do not demonstrate your private life, you rumpled fags, we do not stage parades", and to drive through the city streets in motorcades with alarm buzzing, informing the tenants of the neighboring houses about enjoyment of a right of two heterosexual individuals to be called a family and sleep in one bed.

Hypocrisy is to scream about gay propaganda that took over the world, and to close the eyes to the abundant strong heterosexual content in every second music clip going on the air in the daytime (but children are watching!). Hypocrisy is to speak about spiritual bond and morality, ignoring the greed of the church and depravity of its certain leaders.
Hypocrisy is to be untrue to wife, be involved in corruption schemes, lie through one's teeth about brave feats and at the same time defend family values in a white cloak.

Coming back to the above example with a Ukrainian populist politician, who is also Head of Ukrainian Radical Party, what is known for extremely homophobic statements of its representatives. Isn't it a hypocrisy?  Isn't it a cynicism? Certainly! And, it is a very interesting feature of Ukrainian politics.

Just for the information. Video  with a notorious politician had been available on the web for a long time when subject ran for the presidency of the state. He moved into third place by the way, having won over eight percent of the votes. It is more than a half a million. 1 500 377 people did not care a pin the gay scandal because the candidate visually met other requirements: he was young, radical, truth-seeker, brave and "all in all, the best". And besides, with a pitchfork at the ready. The illusions were dispelled later, but sexual orientation had nothing to do with it.

Yes, Ukraine is not ready for on openly homosexual person, who enters the politics and rises to the top like a banner of pride and course towards civilization. But it is ready to have a politician, whatever his or her orientation, who will defend the rights of LGBT people and does not lose popularity at the same time. The members of the Parliament do not understand it now, but amid worldwide trend it is a great chance to enter the history of Ukrainian politics and not get into a mess (for example, by distributing buckwheat or sponsoring "patriots" with bats in their hands). Where can we find such a person?

P.S. Actually, the post of Kseniya Sobchak did not target Artem Korolev. The target was Ashot Gabrelyanov, "who was at the head of the dirtiest and most deceptive website of the country" (LifeNews, – editor's note) and praised Putin in every way possible. Now, according to the journalist he has been "exiled" to the United States, out of sight and away from the scandal because his father, Aram Gabrelyanov, the owner of the media holding News Media learned about his son's orientation.

LifeNews has not been ever tolerant, even when Gabrelyanov Junior was at the helm. I leave the readers alone to complete an ethical task, whether the "outing of Ashot Gabrelyanov was justified by "outing" of Artem Korolov.  I just express a rather subjective opinion: if the bastards are to be outed, then not ass backwards, pardon the pun.