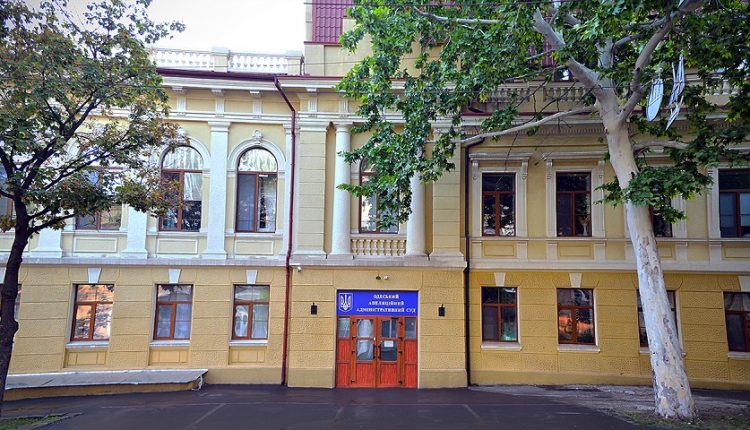 Оn September 14 in Odessa Court of Appeals was held a hearing on the case of prohibition of the Equality March in the framework of the festival of queer culture OdesaPride 2015.

As we already wrote, on 12th of August the executive committee of the Odessa City Council achieved a court prohibition of public events in Odesa on the 15th of August 2015. Exactly on this day, according to the plans of the organizers, the Equality March should have taken place. 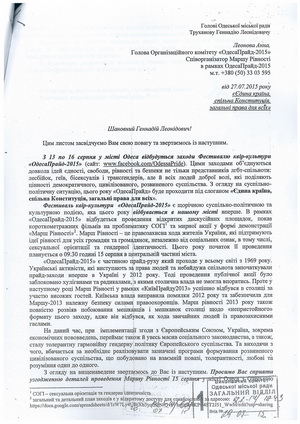 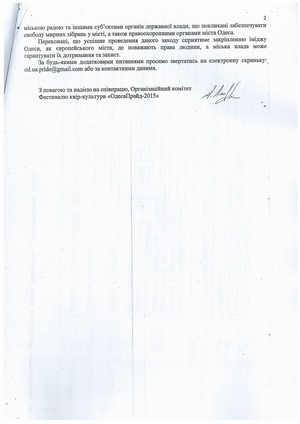 The Organizing Committee of the OdesaPride addressed this issue to the Court of Appeal, and following the hearing on September 14 the court dismissed the appeal. The reason for refusal was an appeal to the city hall concerning the March, in which the exact number of participants was not specified.

The representatives of the Organizing Committee claim that during the preparation of OdesaPride 2015 they acted solely within the legal framework. Three weeks prior to the event an appeal to the mayor's office was compiled, after which negotiations with law enforcement officials were conducted. Within this communication all the details, including the venue, which depended on the maximum number of participants of the March, had to be agreed.

Three days before the Equality March it was planned to submit the notification with all the final details as required by the law. However, a day before that the representatives of the City Hall appealed to the court with a claim to prohibit carrying out of the public processions.

During the meeting of the Court of Appeals representative of the City Hall insisted that the mayor's office "knew for sure" that in the case of conducting the Equality March there would be a fight with the football hooligans "ultras".

At the time of the court session on August 12 a representative of the Odesa Police claimed that the Organizing Committee chose the Field of Kulikovo as a place of holding the Equality March. At the meeting of the Court of Appeals on September 14 it was already spoken of the proposal for such place for March made by the police themselves.

The Organizing Committee of OdesaPride remains to hold their opinion that the Field of Kulikovo after the tragic events of May 2nd, 2014 can not be a place of marches and actions. 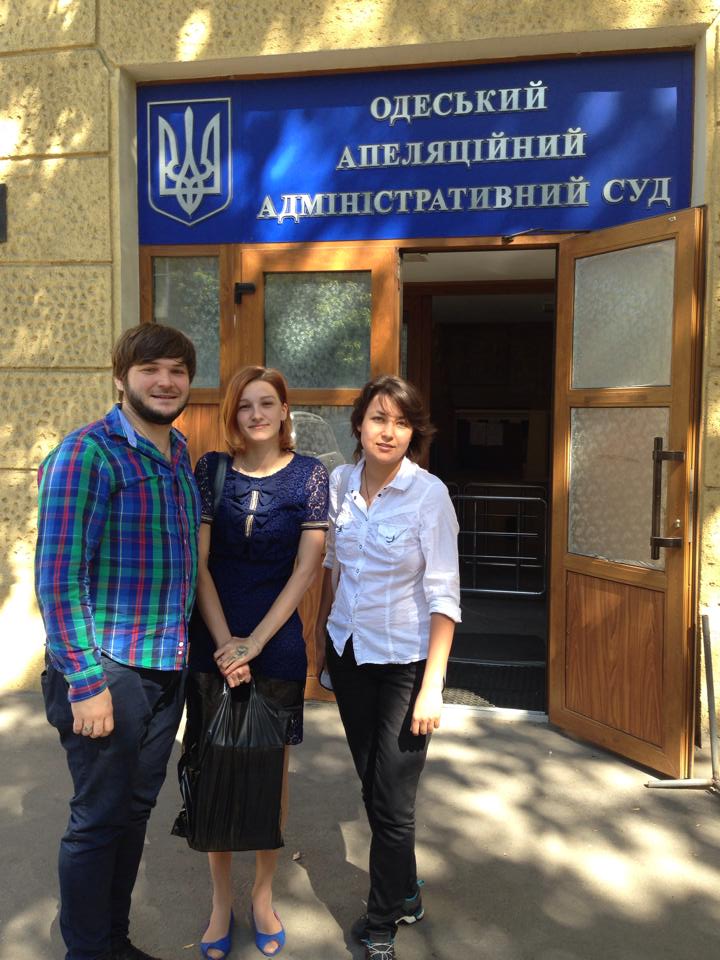 The inscription on the picture says: "Odesa Court of Appeals"

"It is very important to bring the process to the end, because at the moment there are no similar precedents in the Ukrainian judicial practice. And such precedents are vital, at least for the working groups to prepare amendments to the legislation of Ukraine", – believes Anna Leonova, the head of the Organizing Committee of the OdesaPride 2015.