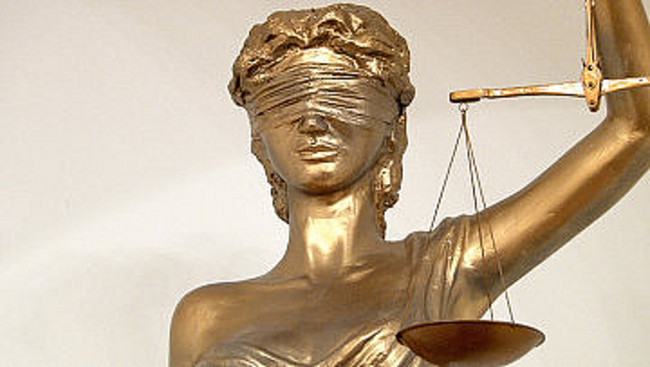 Regional Administrative Court of Odessa has banned The March of Equality that was planned for 15th of August 2015.

On Wednesday, 12th of August, the court examined the administrative lawsuit that has been filed by a representative of the Executive Committee of the Odessa City Council. The court session had started at 8:30 pm and the ruling has been handed down at 2:30 am. Should be noted that the head of organising committee, Anna Leonova, was informed about the court session at 7:30 pm, one hour before the session.

We are offering to the viewers photocopies of all legal documents that are in our possession.

Complainant claims that in case all stated events will be held by defendant "it will cause the possibility of clashes between members of different associations and representatives of differently oriented antagonistic civil positions, [will cause] the risk of riots and committing criminal offenses, threat to public health, to rights and freedoms of others".

It is about the participants of the festival of queer culture, and football fans, ultras. Football matches will be held in Odessa on 14th of August at 7:30 pm and 16th of August at 7:00 pm. The March of Equality was initially planned to be held on 15th of August at 9:30 am. Thereby the advocacy campaign and ultras' events cannot intersect.

The initial claim that was filed by a representative of the Executive Committee of the Odessa City Council, there was a request to limit the head of organising committee Anna Leonova in in the implementation of the right of peaceful assembly by banning "conduction of public events between 14th and 16th of August 2015, specifically: meetings, rallies, pickets, marches, demonstrations, actions and any other peaceful gatherings on the streets of Odessa".

After the second technical break the plaintiff's made updates to the administrative complaint. In this document, the word "public" has disappeared and has been added a list of streets on which to prohibit peaceful assembly. Thereby, all the events of queer festival got under the ban, including the closed ones.

Should be noted, that initially the claimant provided the representatives of the Pride organizing committee with incomplete set of documents. In this regard, the secretary of the organizing committee was forced to submit requests for familiarization with the materials. In court, the representative of the Ministry of Internal Affairs stated that organizers of OdessaPride 2015 have insisted on carrying out the March of Equality on Kulikovo Pole – which is not true. Also in court was presented an appeal to the Mayor of Odessa Gennady Truhanov, signed by representatives of various churches and congregations, with the call to prohibit the March. 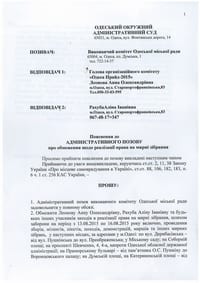 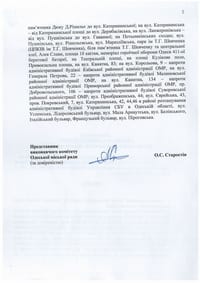 The court granted the plaintiff's claim partly, prohibiting carrying out the public street action, the March of Equality on 15th of August 2015. 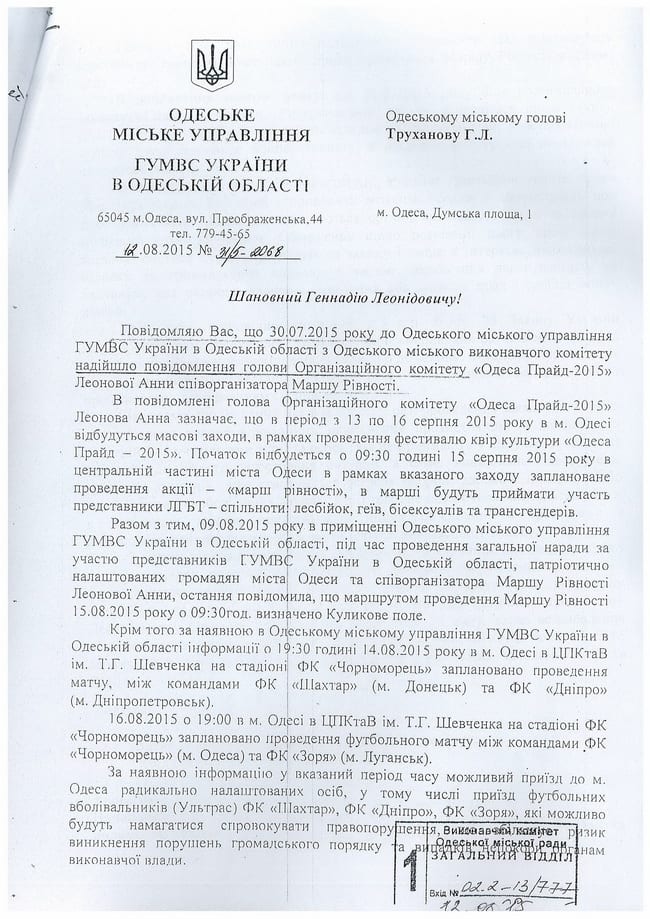 Should be noted, that several organizations, after being pressured by the Ministry of Internal Affairs, have refused to provide platforms for the Pride events. At first we received rejection from the hotel, then followed a series of refusals: photo studio, theater, hostel and even a boat on which we scheduled a private event. 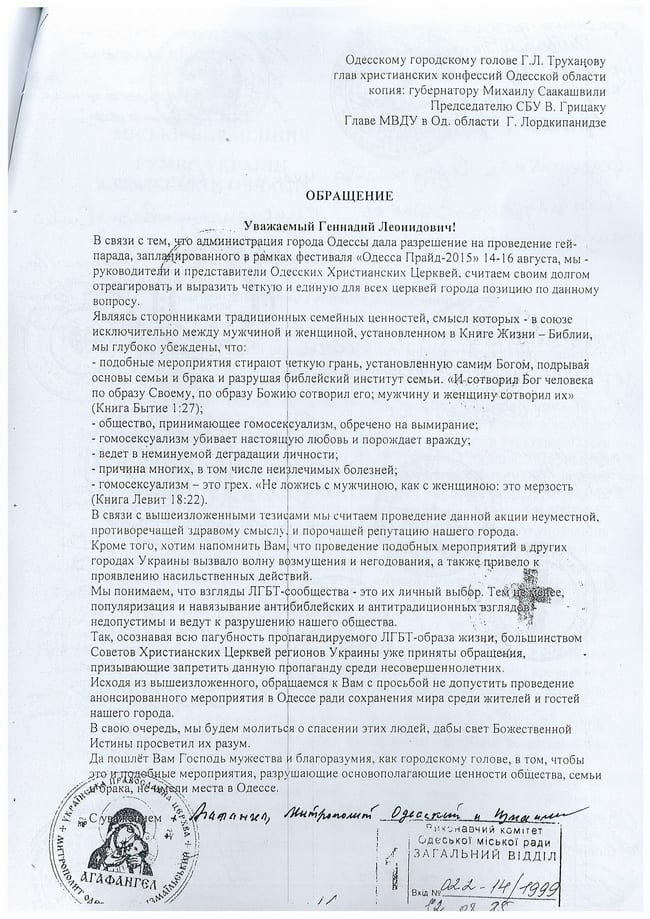 The organising committee of OdessaPride is going to appeal the court's decision. Festival organizers did not cancel the planned activities, the locations, on which events will be held, will be listed later.