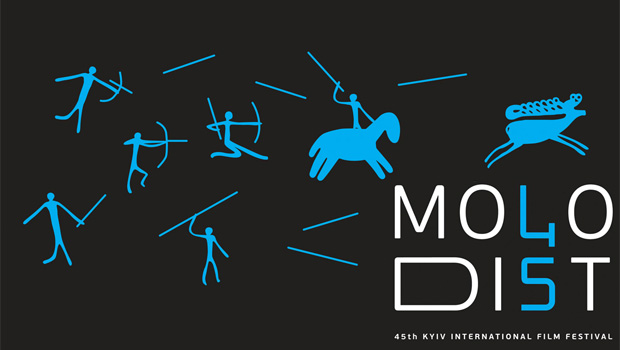 The 45th anniversary Kyiv International Film Festival will be held in the capital from October 24th to November 1st. LGBT films will be screened as a part of the traditional competition programme Sunny Bunny. What can this year festival offer?

A non-competition film "Coming Out" by Heiner Carow will open the section of "Molodist", related to LGBT themes. It is a classical German film. The actor in a leading role and a member of the international jury Matthias Freihof will present this film at the forum.

A melodrama film "The Summer of Sangail?" by the Lithuanian Alant? Kavait? will be screened in the competition programme of Sunny Bunny. The film centers on a body, gender and sexuality. The main character Sangail? dreams of sky and flying, but at the same time she has a fear of heights. She meets a girl at one air show who is so much fond of the airplanes as she is. Meeting a new girlfriend helps a young aviation spotter to find strength and to turn her dreams as a child into reality. The film participated in the programme "Panorama" of this year Berlinale and in approximately 50 international festivals worldwide. It has won a directing award at the American film festival "Sundance".

A new film by Sean Baker "Tangerine" that will be screened within Sunny Bunny programme tells about the life of transgender people. This bright and unusual comedy shows the story of two sex workers, one of them who has been just released from prison starts to chase her boyfriend moved by jealousy. The film received very warm reception at Sundance Film Festival, even if it does not star famous actors, and  was shot with a iPhone 5s.

The film "Bizarre" by the French director Etienne Faure is an observational film about the hectic life of a young man, hanging out in Brooklyn. Without any acquaintances, any lodging, he spends his nights wherever he can until he finds himself at a local underground cabaret "Bizarre". The young man is fascinated by the unconcealed philosophy of the club life, and two female cabaret owners acquaint him with local "family".

The Italian film director Laura Bispuri has attended a lot of international festivals with her debut film "Sworn Virgin". The main character Hana decides to become a sworn virgin, starting to live as a man according to the old Albanian tradition burrnesha.  She will experience two painful transformations: at first she rejects her own identity and any form of love, and then tries to return to it. The filmmaker investigates the problem of gender equality and status of a woman in society.

The Kenyan "Stories of Our Lives" by Jim Chuchu complement the queer programme Sunny Bunny. The documentary film is an anthology of five mini-dramas about a difficult reality for LGBT people in Kenya. Same-sex relation is still a criminal offence in Kenya. The "Stories of Our Lives" is a journalistic chronicle with a strong politic protest. The film is banned in the native country of the auteur. The film has won a Jury Prize from a Teddy Award jury at Berlinale 2015.

The programme of queer films Sunny Bunny is one of the main cultural events in life of LGBT in our country. When the prize Sunny Bunny was founded in 2000, "Molodist" became the second international film festival in Europe (the first is Berlinale) to give awards to the films about gay, lesbian, bisexual and transgender people. LGBT trophy Queer Lion is given at Mostra di Venezia (the Venice Film Festival) since 2007 and there is a prize Queer Palm within the Cannes Film Festival since 2010.