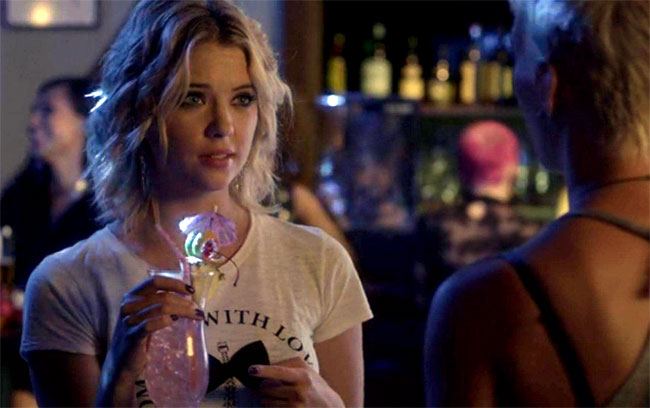 Maybe, I should say from the very beginning that I do not go to nightclubs. As for the parties, I prefer apartment parties, where one of the maximum five participants who have fun is my cat and a second one is a laptop. We misanthropes are so capriciоus.

Well, I had a chance to get into the lesbian bar of Kharkiv queer home. The idea is simple as everything of genius: twice a month on Fridays girls gather at the place of queer home, bring with them what they are going to drink (alcoholic drinks are not prohibited, unlike at most other events held here), communicate, get to know each other, dance and have a good time. The coordinator of queer home Anna brought this meeting format from Munich. She thinks that this pure entertainment (at first sight) has  great potential: mobilization within LB community, establishment of friendly contacts, encourage to activism. "What a great idea", I told, just a marvellous idea, but… but what is wrong with permanent lesbian bars?"

It suddenly turned out that ponies live in my world. They eat rainbow and convert it into butterflies, "Matrosskaya Tishina" (Seaman's Silence) still runs, politicians never lie, Santa brings gifts to good children, and the icicles taste like a vanilla lollipop. What kind of lesbian bars, baby!

What are you saying? There are no lesbian bars. At all.

There are LGBT clubs. But the entry fee is much higher for the girls.  In Kyiv it is two-three times higher, in Kharkiv it is 5 to 10 hryvnia higher.

But it is a gender-based discrimination!

Yes, Sir. I mean, Ma'am. Discrimination. Among the minority being discriminated against. How is that?.. That is how! LGBT people thinking themselves free from the values imposed by a patriarchal society, turn to be exposed to it to the core: somewhere at the back of the mind of many men, and let's tell straight, many women a latent misogyny can be found. It is the reason of many ugly problems, which includes homophobia.  By the way, discrimination within LGBT community is a topic for a separate article or even a research. Nevertheless, the fact remains that there are no lesbian bars in Ukraine so far, and ladies pay a higher cover charge at gay bars.

However, the situation in "cissexual" clubs is the opposite way – free entrance for girls, guys pay. Are men supposed to earn more? Or that "a woman is a flower in each crowd"?  Or hordes of glamorous beauties come running because of the free entrance and attract "shoppers"?

I do not understand.

Let's leave alone the clubs, where boys seek girls and girls seek boys to solve their own problems. Let's come back to ours. Unfortunately, I have much more questions than answers.

Why are there no lesbian bars in Kharkiv or Kyiv? Do not lesbians go to clubs? Do they earn less and spend less? Do not they need to have their own place, where heterosexual men will not try "to pick up" them; and where homosexual men will not sniff "What are you doing here, girls"?

Maybe we do not have any club culture? The population of Kyiv is more than three million people. Statistically, there should be found a minimum two thousand lesbians and bisexuals among them. But there is neither a club, nor a caf? for women.  After all, once there was a "Cyber cafe", a "911", a heterogeneous "Matrosskaya Tishina".

Do LB girls need an own club or at least cafe? What do you think?