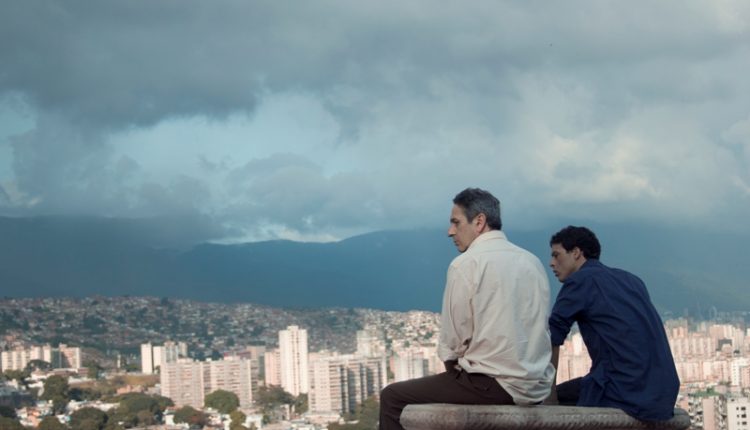 We have already told about the first participants of the LGBT section Sunny Bunny at the festival Molodist, which were announced last week. Today the organizers of the forum have officially announced the full programme of Sunny Bunny. We hasten to acquaint you with other films what you can see in a new season.

One of the indisputable hits of this year Molodist queer programme is the winner of the main prize of 72nd Venice Film Festival — Golden Lion — the film Desde allá by Lorenzo Vigas. As written before, it is the first Latin American movie, to have received the most significant award at this prestigious film festival since it was founded. The film focuses on the story of a wealthy man, who pays the young guys for intimacy. The main rule of Alfredo is to watch but not to touch, to observe the temptation as if from afar. A young gang leader becomes a kind of passion for the wealthy gay. It has been awatershedmeeting for both of them.

The film Butterfly by the Argentinean film director and screenwriter Marco Berger is set in two parallel worlds. In one world a mother abandons a newborn Romina in the forest. The girl is raised by a foster family having a complicated relationship with her stepbrother German. In another reality Romina stays with her birth family, and German becomes her friend. How will a handsome gay Bruno influence the course of events? The film is based on the «butterfly effect» principle. According to this principle the flap of a butterfly’s wings can cause a sheer number of effects which can lead to unexpected consequences. The movie was awarded a prize for Best Latin American film at San Sebastian International film festival.

The Japanese drama Wonderful World End by Daigo Matsui tells about a  Shiori, whose interactive video blog rapidly gains momentum. The girl is going to achieve success as a model and actress through blogging. One day she meets a young shy fan Ayumi. Shiori has mixed feelings towards a girl dressed in a Gothic- Lolita outfit, but she likes a high attention. However, the young fan gradually takes all life space of the female blogger stirring up her relation with a boyfriend and a family.

The Israeli film Barash by Michal Vinikdepicts the first love of two schoolgirl teenagers. The main character Barash enjoys alcohol, takes drugs, spends her time with friends. Her parents always have rows, and her sister who enrolled in the army, disappears. Being fallen in love with her new female schoolmate, she is captured by an unknown feeling. A classical drama movie does not skirt a question of  conflict that generates hatred up to now, and it is a reason of a confrontation between Arab and Israeli population in the country.

The debut feature film In the Grayscale by Chilean director Claudio Marconehas already received a prize for Best Latin American film at Miami film festival. Bruno is an architect with a clean slate: he has a family and a good job. But the sense of inner dissatisfaction does not recede. The man decides to part from his wife for a while in order to stay alone with himself and to understand his needs. While being busy with the next order, he becomes friendly with a young history teacher Fer. Later when they have a romantic relationship Bruno has to make his choice, even if it is not an easy one, and to be clear what way to go.

The jury of this year competition Sunny Bunny comprises the Colombian artist Carlos Motta (his video works, in which he explores setting of the homosexuality in opposition to social norms, will be shown within Molodist), the Swiss producer Ivan Madeo, who presented the opening film The Circle in the last year Molodist queer programme, and a Ukrainian singer and writer Irena Karpa, who openly promotes equal rights of LGBT.

The screenings of Sunny Bunny will be held from October, 24th to November, 1st in the capital movie theatre Kyiv.