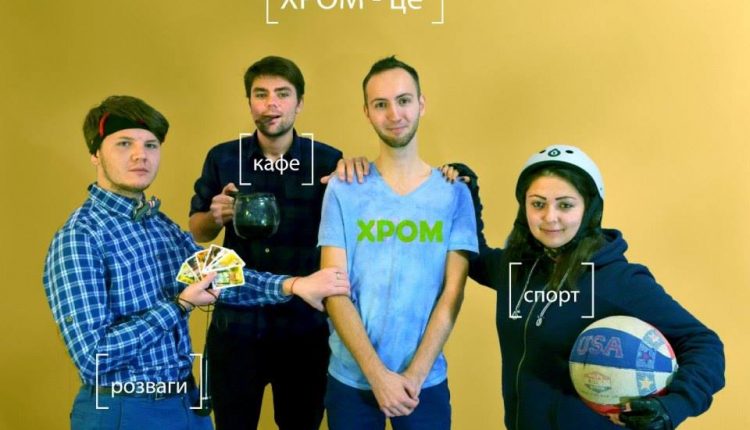 Hrom is a communication platform for LGBT and their friends that appeared in Dnipropetrovsk. The unique feature of this platform is that it was founded on a voluntary basis, without any help from any organization, only by efforts of LGBT activists. They rented a room that needed to be repaired first and made a  renovation by themselves.

The organizer of the Hrom Stanislav Alekseienko devotes all his time to the project. The idea to make Dnipropetrovsk go out of «grey» area and to create their own area, not like any other appeared at the time when he left a  organization. Later on people who thought the same way joined it.

The turning point for Stanislav to tell himself «It is time! I do it», was when he got to know the website Rainbowflas, where it was about rainbow flash mobs. Namely the flash mob was the first step. The group of people came together, people who were ready to found a  organization, who had a vision of the future, sought new ideas and strived to implement them. 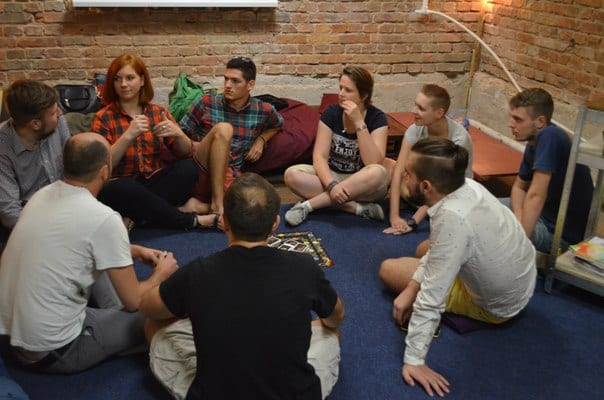 The most difficult task was to find adequate funds to launch a new project because most organization members were students or people without a regular income. However, the first fundraising was enough for the basic needs. Now the number of the frequent visitors of a renovated and unusual Hrom varies from 10 to 30 people. Stanislav takes a philosophical approach towards people coming to Hrom, and then some of them going; it is a natural process. 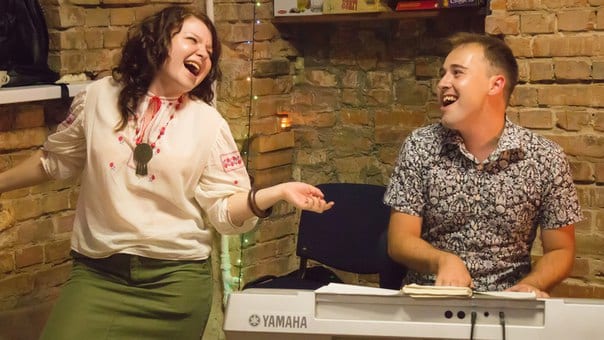 According to Stanislav, Hrom serves to bring people together and to develop the society. New ideas are born there: city quests, party games Mafia at night, a mini bar, a hostel. The ideas being popular and brought into life bring joy to people. But there are new ideas on ice, for future achievements.

Stanislav wishes new LGBT activists to travel more, to learn from other organizations, to seek one’s place, and to find oneself in the development of the movement. «I would like to wish „old soldiers“ to look back. Are there their friends and relatives behind?», summarizes Stanislav.

It was a piece of a vigorous advertising.

And now is a paragraph to prompt the readers to take action.

Down with opinion journalism. Down with confetti, balloons, success story written a la Cosmo magazine.

Just think over. Without money a guy created a communication platform in his city. A good one. JUST DID IT. Because there was no any before. He wanted to have his «own» place to bring friends, start planning and preparing events, get to know new people, have fun within reasonable bounds. And not to worry about because the neighbours of the apartment, rented for the weekend would raise a stink, or a club owner would refuse to have a private party of «perverts» in his club. He found a basement, totally destroyed, scraped together enough money for paint and other materials. With the help of the affinity group he not just knocked the room into shape, but he made a hip and edgy studio. He registered a  organization, registered a private entrepreneur, so everything is according to the law.

Was it difficult? Oh dear, I think, it is not like shooting fish in a barrel. Was it worth? Certainly!

In very deed it is an exceptional case for the Ukrainian LGBT activists, but not exceptional at large. When looking back at Maidan and voluntary organizations being set up afterwards, we can say that it is a good example of «our mentality» allowing to do real work, have profit and gestalt, so please do not talk about rot, hopelessness, and «it is time to shove off».
All is possible, also not to finish the article with the phrase «Where there is will…» that already pains in bone cheeks! Damn it!

Now then, guys, if you see this name and surname at the next elections in Dnipropetrovsk, you have understood who to vote for, have not you? Because it usually starts this way. And that is good.

Here is the website of the guys at «Спільнокошті», if you want to help or to join.